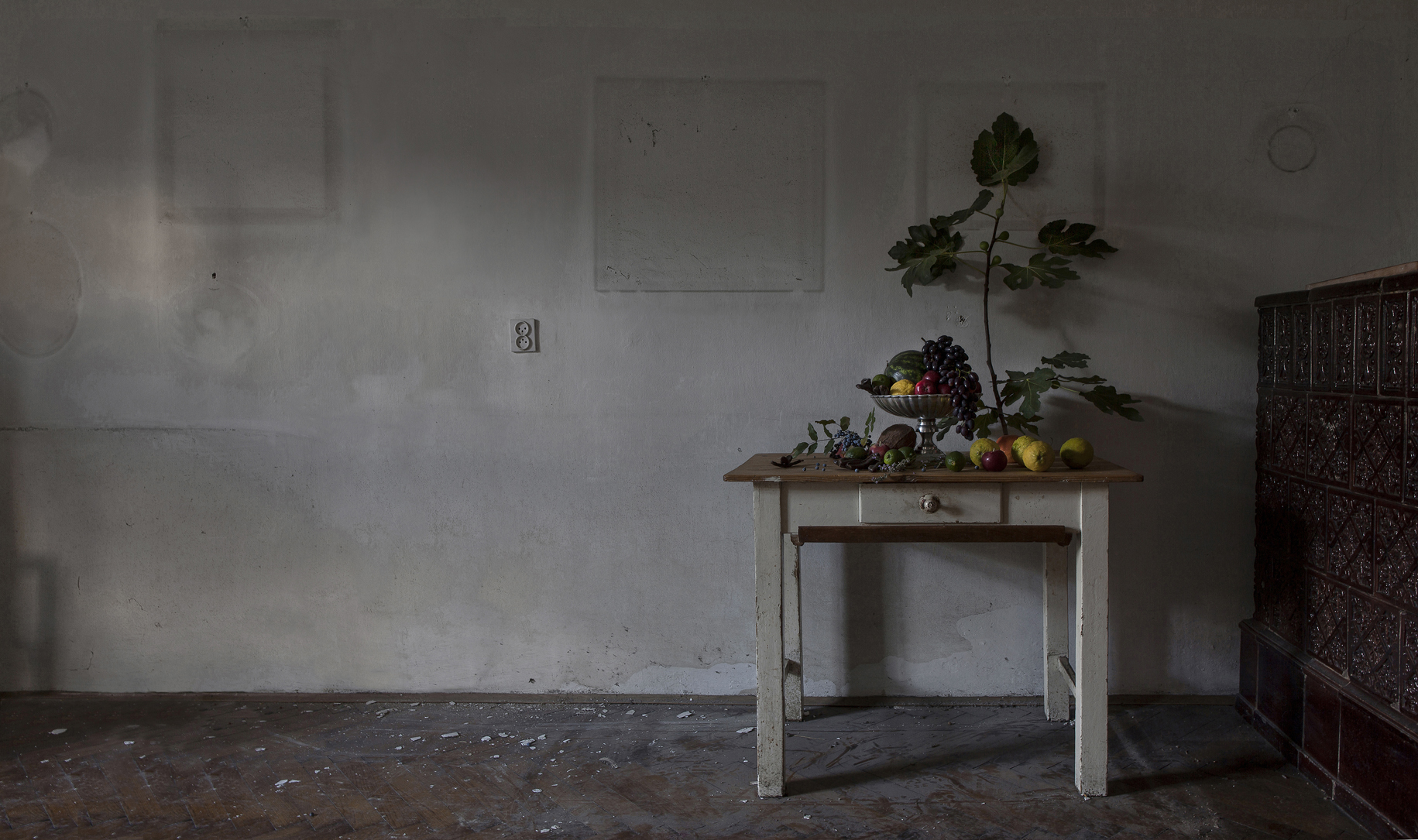 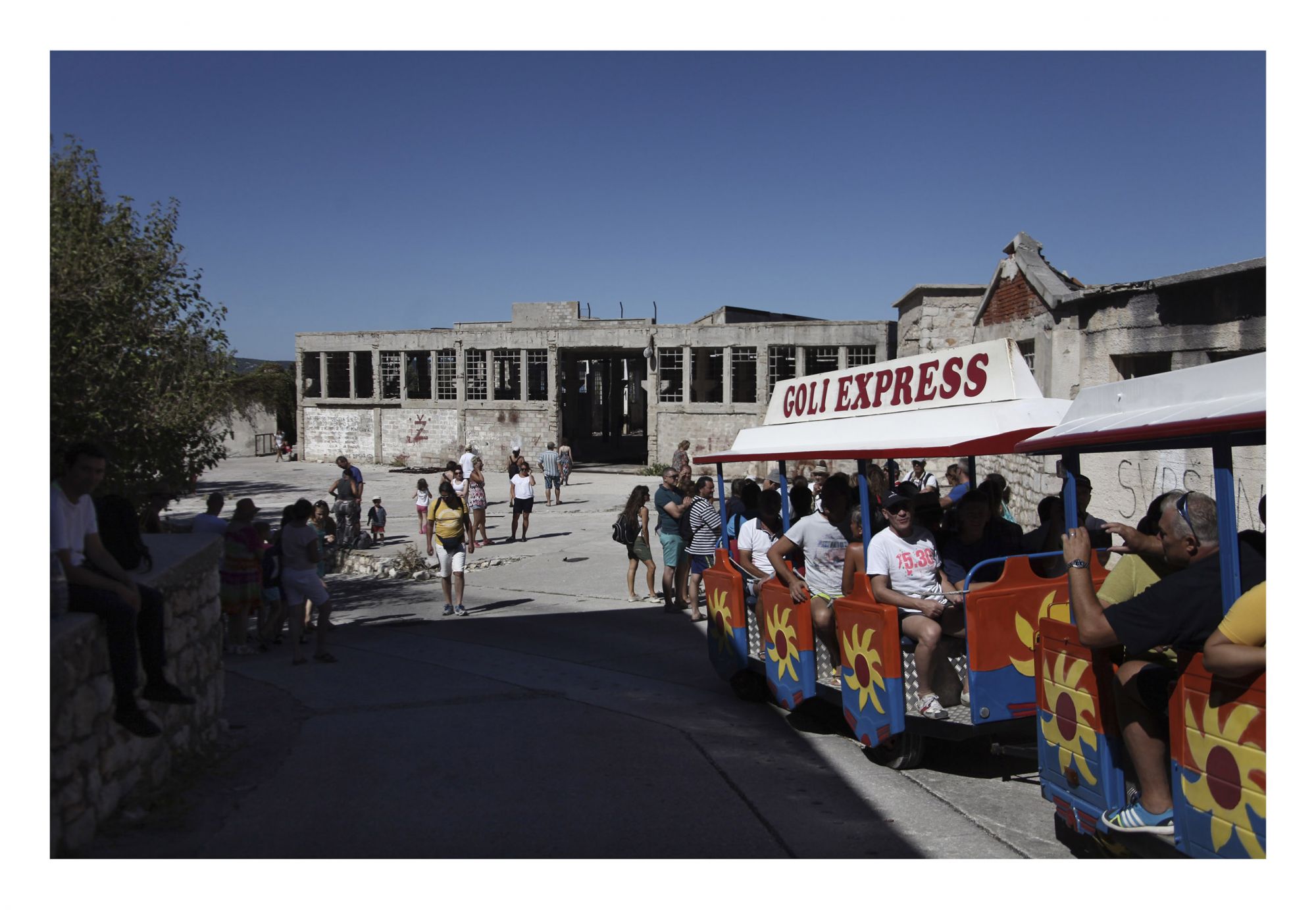 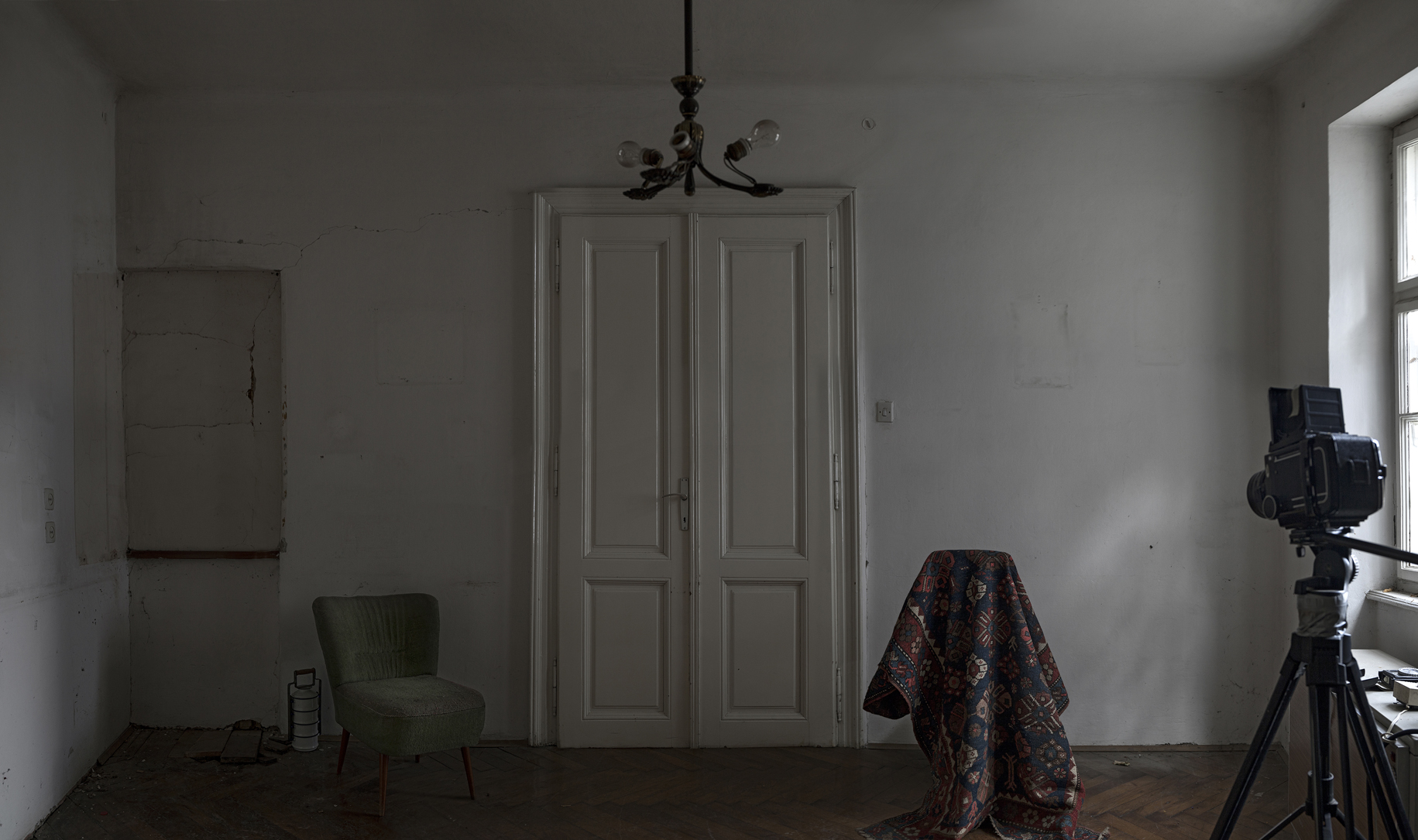 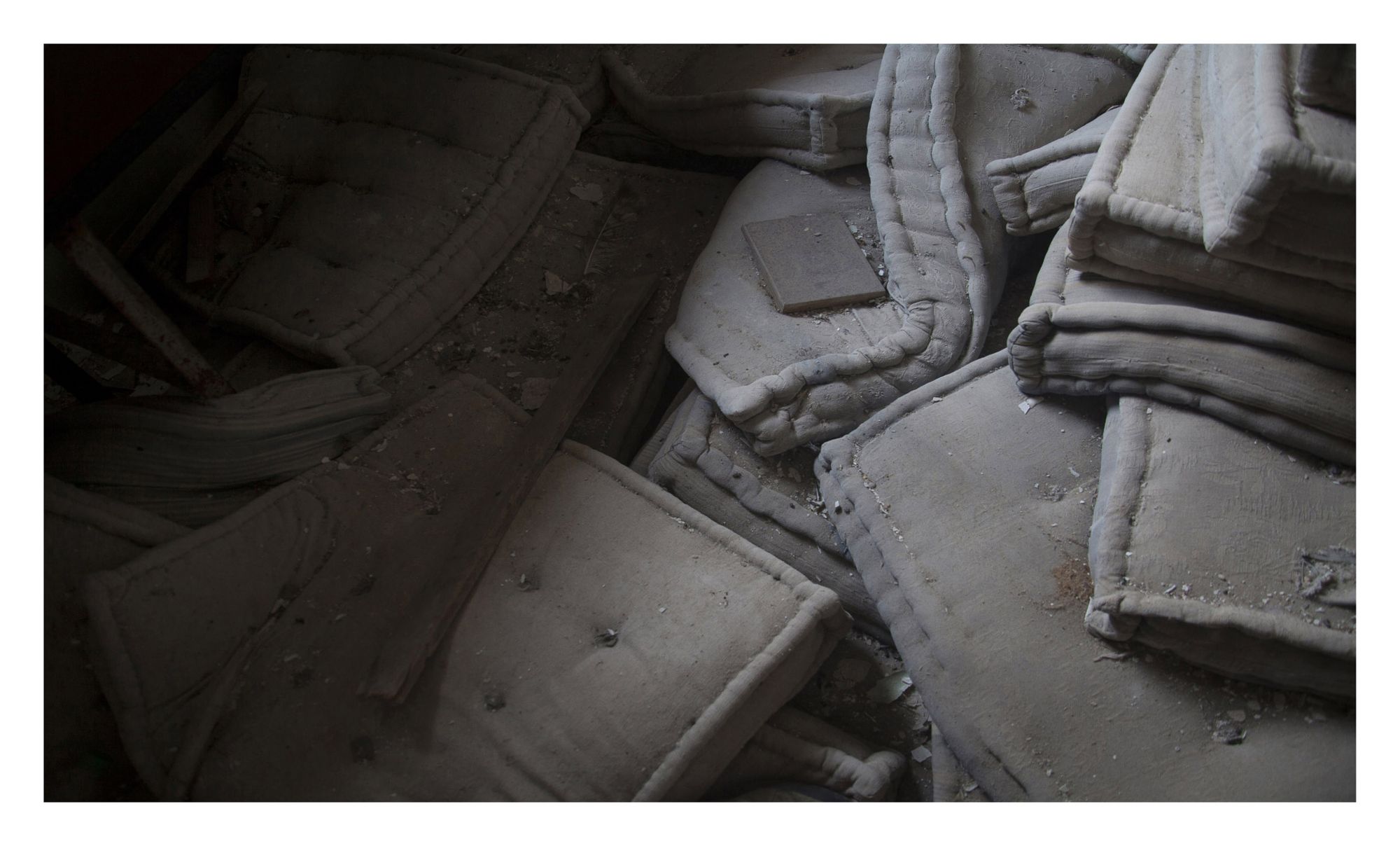 During the last years, Croatian multimedia artist Sandro Đukić has been dealing with the questions of time, durance and transience in his two series Goli Express and Natura Morta. They become the documents of the past and present moment, it is followed by a chance in the perception of space and time, borders shift and gradually disintegrate. The artist's gaze is not only turned inwards but also directed to what is easily overlooked to the unspectacular.

By using the medium of photography as his starting point, he uses these documents of reality (documentary photographs) to build complex hyperrealistic constructs – he is building photographs that possess the beauty of classical oil paintings – with mathematically perfect perspectives, balanced compositions, and beautiful diffused lighting.1

The photographs from the series Goli Express present the current conditions of the interiors of the prison camp. Goli otok was the biggest penal camp for political prisoners in Yugoslavia, worked as a political camp from 1949 to 1955, and as a prison until it was stood down in 1988. In the collective memory, however, it is exclusively a metaphor for the repressive communist regime, for the absurdities of political totalitarianism, while in the current world of everyday life it has become a dystopian tourist spot. Modified and animated with sunlight, these vacated and devastated spaces look like living habitats of human traces. Everything in this setting is cashed in: history, memory, casualties and shame.2

In the photo series of Natura Morta Sandro Đukić is interested into the connections and limits of the media of photography and painting at several levels. Then, in a technical sense, as photographer he aims at perfectionism and he is interested in the technological capacities of the camera. According to Baudrillard, we create a counterfeit world of images that are more real than reality, in it authenticity being replaced by copy. From the point of view of content, Sandro Đukić is interested by social phenomena and the images associated with them, in other words, explorations of the media and the link among artistic processes and social factors. It is about the incessant examination of the concepts of presentation and representation, which creates the experience of the real out of the artificial, and the inverse.3

All abandoned and deteriorated spaces, instead of being in the function of life, are just coulisses for Sandro Đukić: a scene for tourists (on the ruin porn hype) tracing the notorious prison island of Goli Otok in Croatia of defeated ideologies, - or the background for the directed portrayal of the luxuriant Natura Morta, the symbol of civil society and the profanation of art. By using/exploring both "small" and "big" histories, Sandro Đukić examines the relationship between the past and the present, between reality and the image of reality and by creating "beautiful dystopias" he is encouraging viewers to critically rethink not only of the legacy of western societies but also the role of art and its connection to life.1