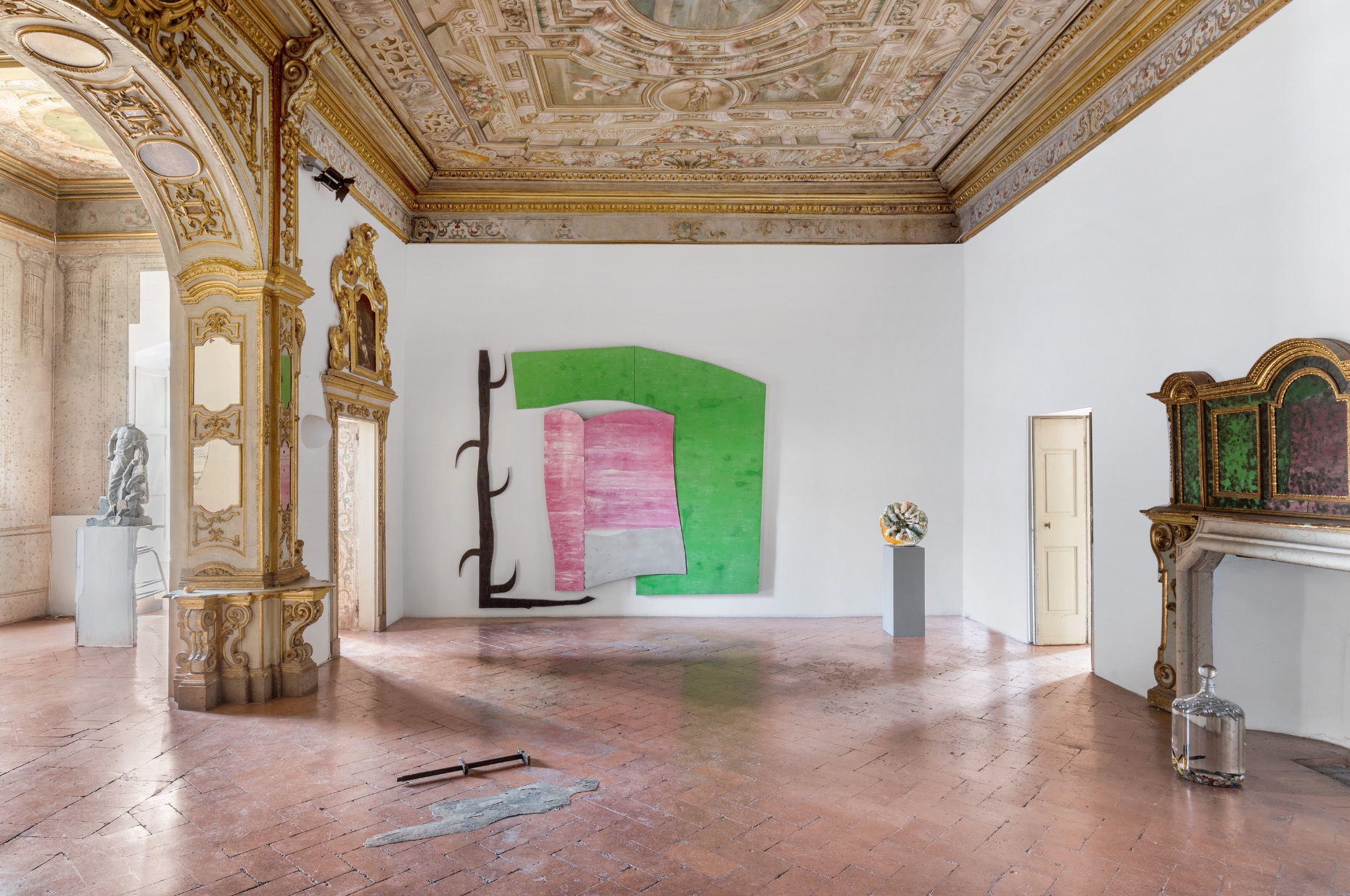 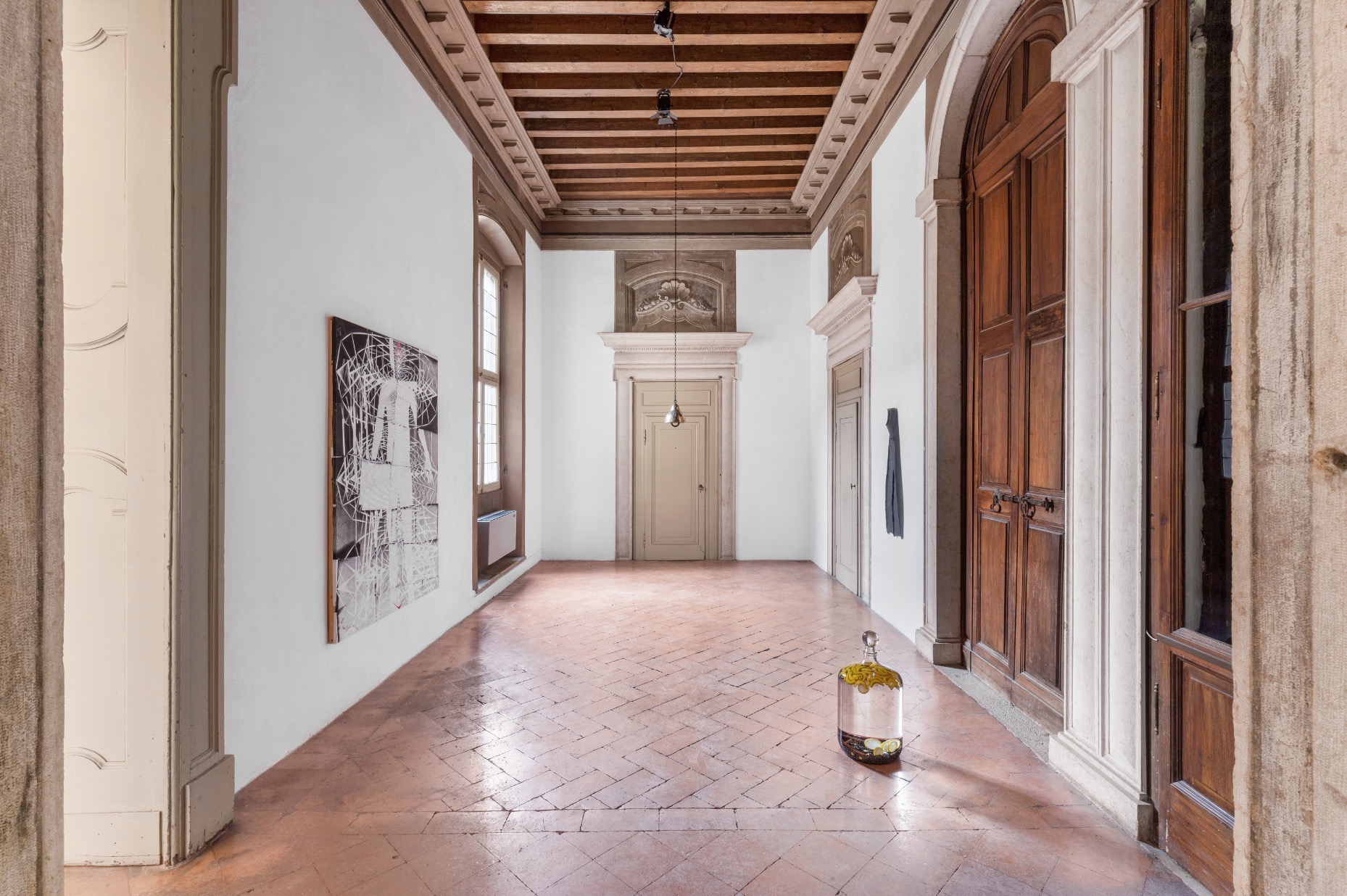 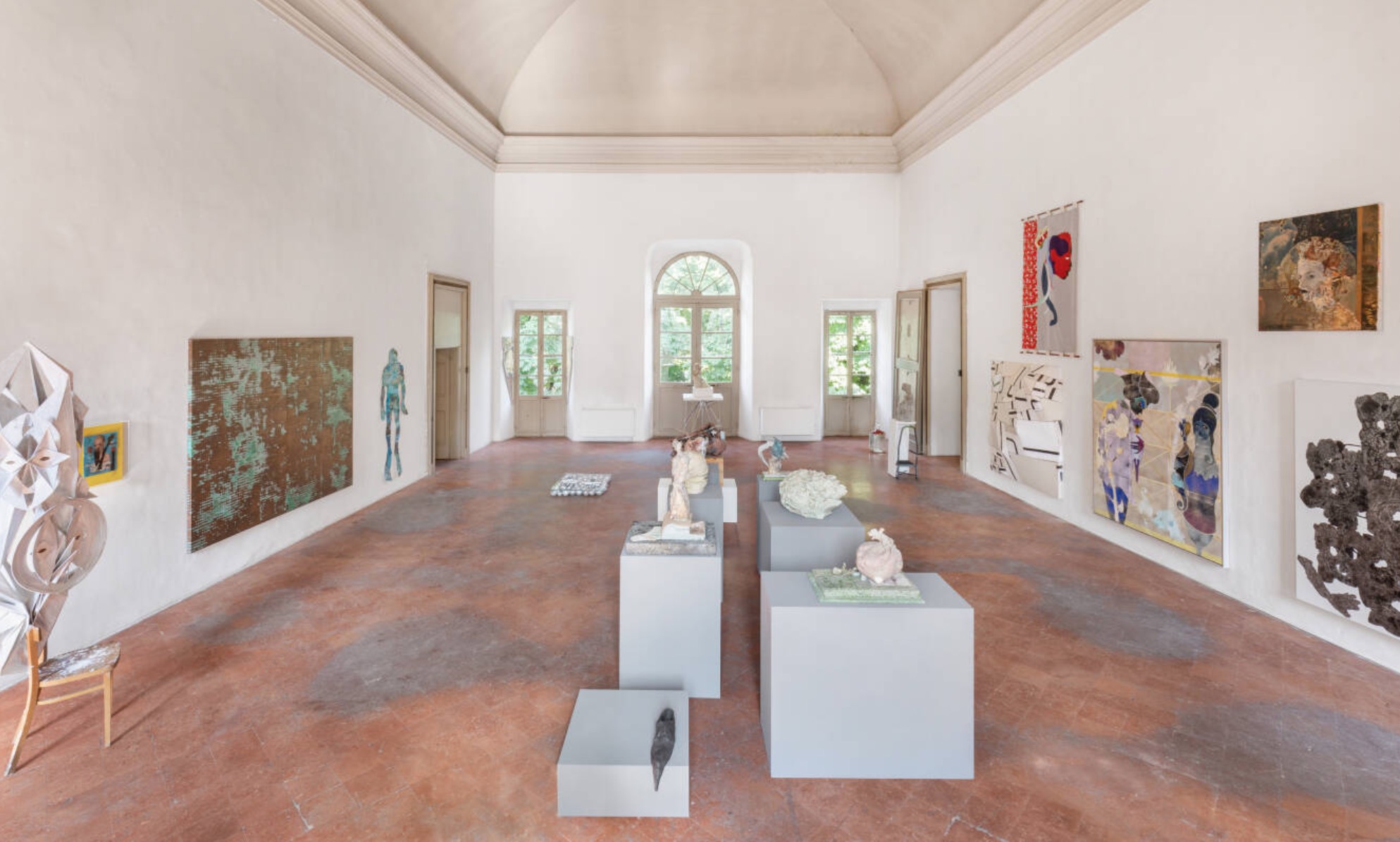 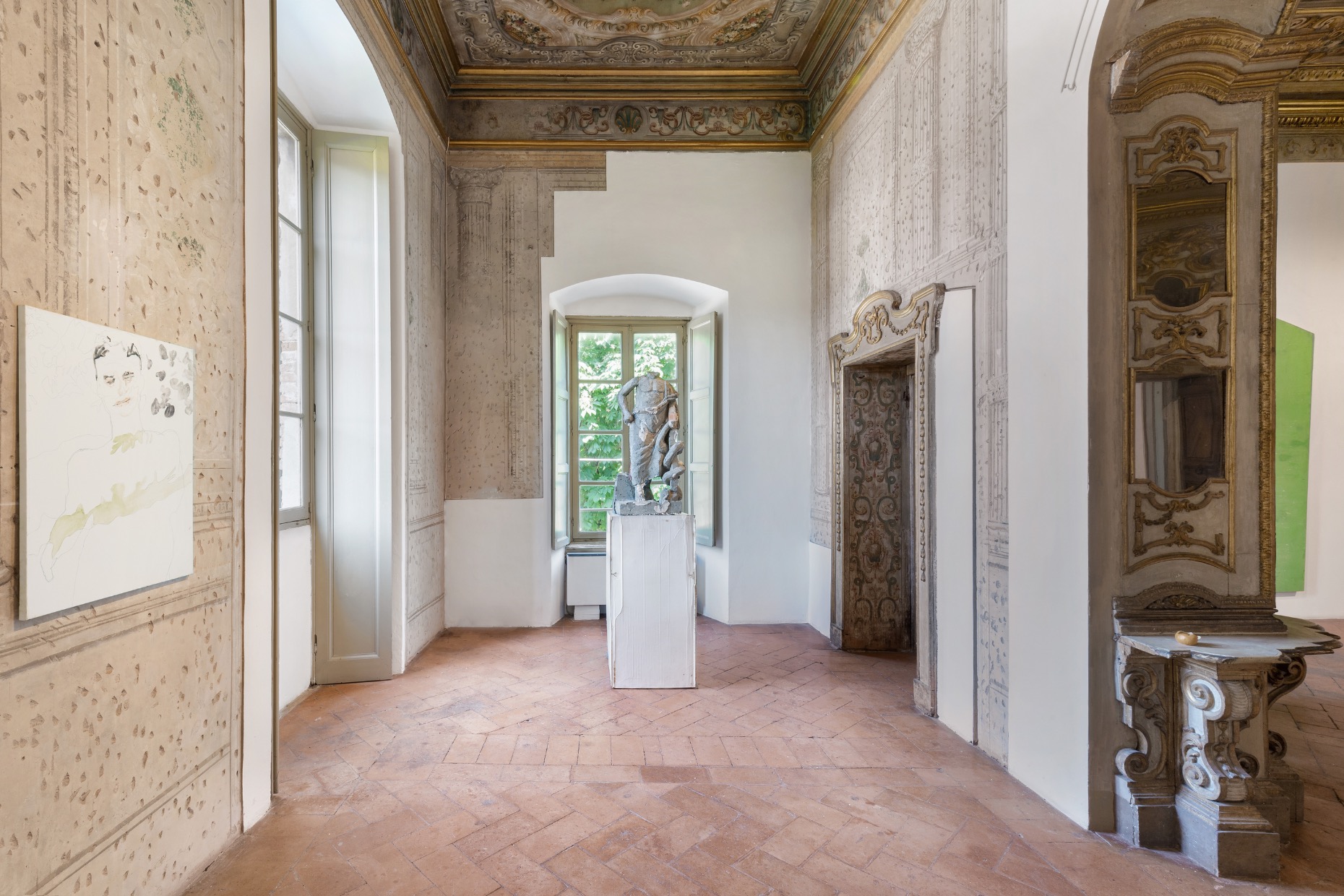 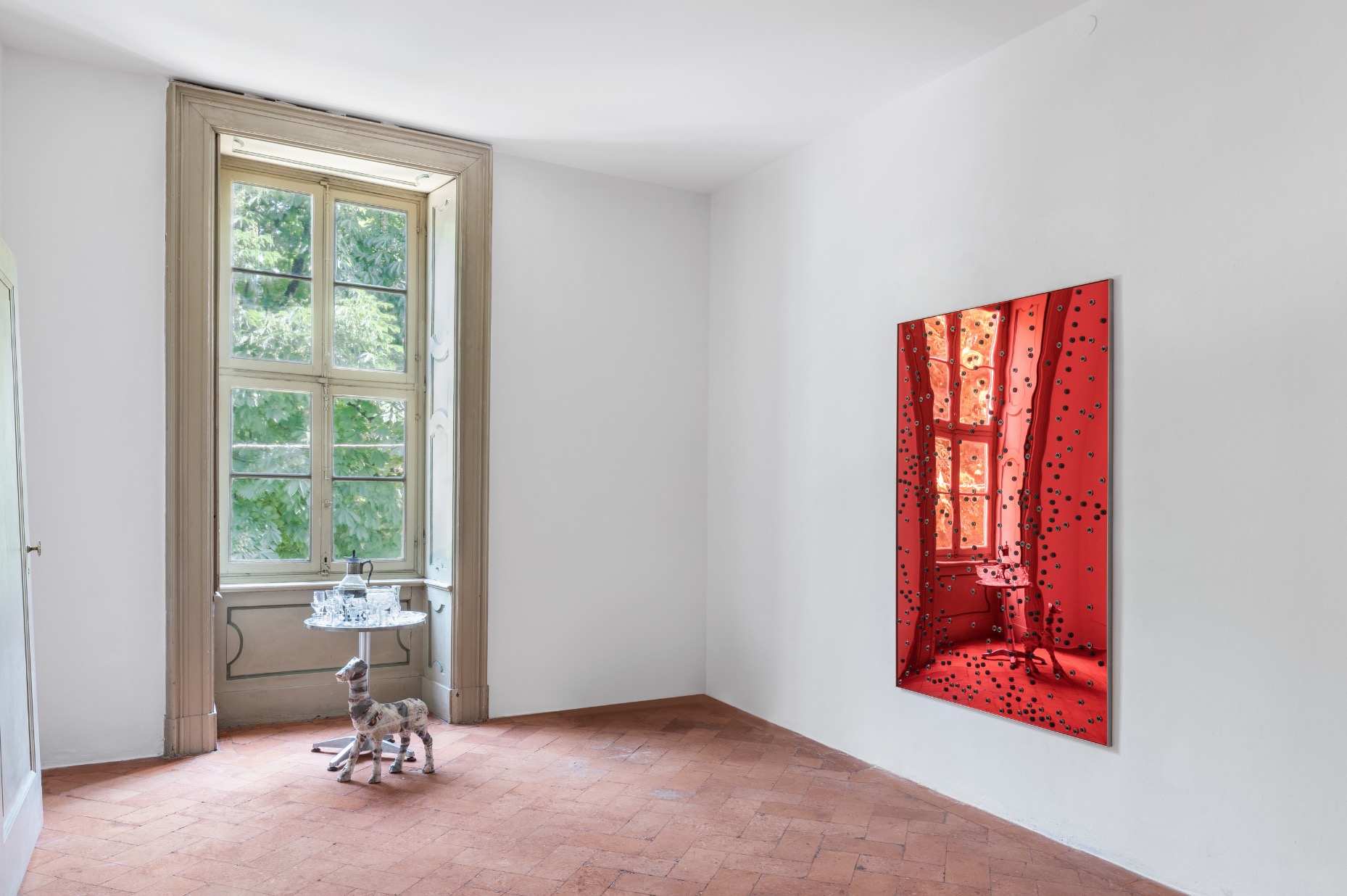 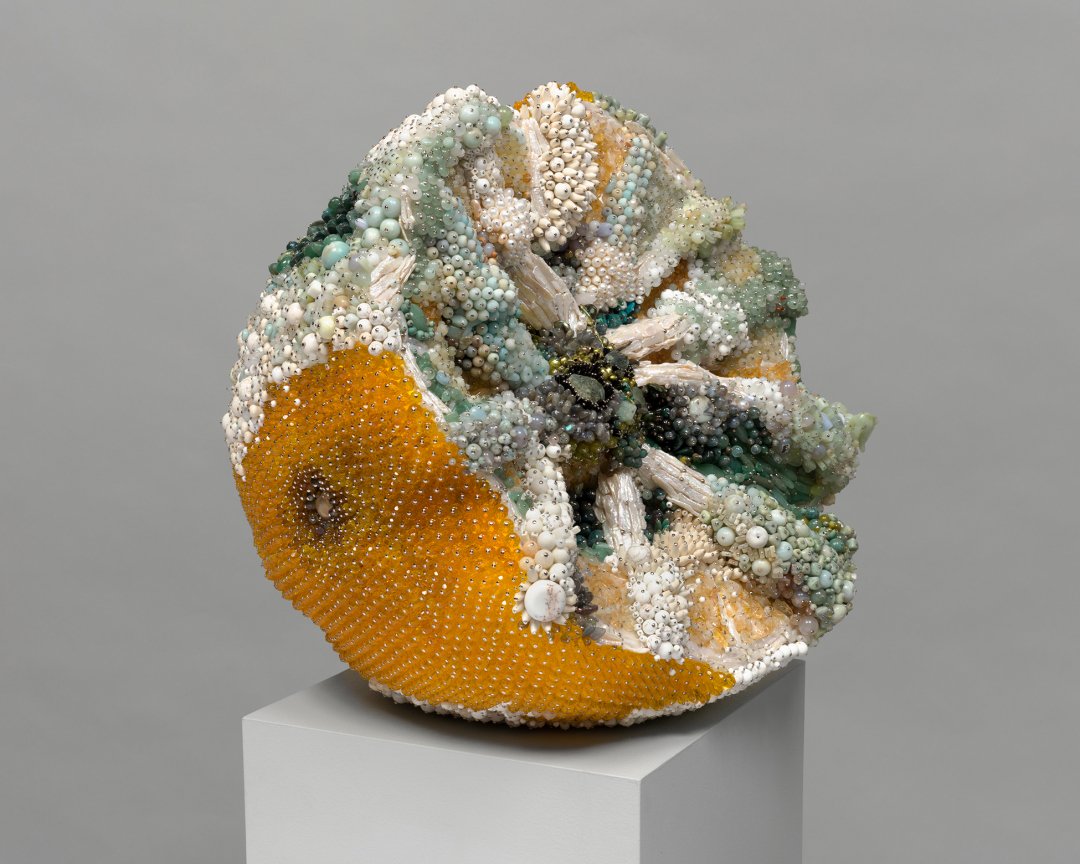 APALAZZOGALLERY is pleased to present an exhibition organized by the American writer and curator, Bob Nickas, Strange Attractors, The Anthology Of Interplanetary Folk Art, Vol. 3: Lost In Space. This is the third and final installment of his Strange Attractors series which began with an exhibition in Los Angeles in 2017, Life On Earth, followed by another in New York in 2018, The Rings of Saturn.

The show planned for APALAZZOGALLERY was originally to have taken place in 2020, but, as with so many projects for that year, had to be put on hold, as our lives were, a “holding pattern” no one expected would be so consequential, and as prolonged. Two years later, the world has shifted considerably, a planet that has tilted on its axis, if not physically then emotionally, as well as on a psychic level, and in ways we may not yet understand. This is certainly true for those younger and born in this period. The initial idea for Strange Attractors, back in that “yesterworld” when life proceeded much as it had before, was based on an imaginative fiction ahead of the 50th anniversary of the Moon landing in 1969: assemble a collection of artworks to be sent into space, meant to communicate to whoever might be out there: this is who we are, this is how humans visually articulate thought. All art does that, of course. But all art does not necessarily lend itself to that level of reverie—to be lost in thought, to be lost in space, body and mind, buoyant, weightless, drifting but not adrift. Now the world has shifted again, and reverie may seem irresponsible, interrupted by a bad dream from which many won’t soon awake. Lost In Space? The story of my life is that it goes on. Who said that? We may never know. All objects and artworks in the world which orbit one another and, at times in near-slow motion, collide, are in a sense lost to be found. They come from studios, they emerge from under the ground (or appear as if they had), from our time and from the past, from antiquity, from distant periods, allowing us to time travel with them. Of one thing we can be sure: they did not fall from the sky. Someone made them, or something found has been transformed. Yesterday, today, a thousand years ago. All were made for a reason, many out of need, a means to understand what was done, to realize what had previously only existed in the imagination: thought made visible. Some are related to magic, some to ritual, even here in the present, rituals of the everyday. Every artwork has the potential to generate another, but do they attract each other as they attract us, as humans are drawn to and respond to one another, at times almost involuntarily?

Since the 1960s, artworks have commonly been referred to as pieces, and they are: to be fit together, pieces of a puzzle, parts of a bigger picture which only appears incrementally, with patience. Every work of art potentially a piece of something larger, otherwise unknown. The picture-puzzle often more easily comes into view when its outer edges are defined. Art, on the other hand, appears from the inside out: from the mind, and its limits are elastic. And what is the difference between a picture-puzzle and the ever-expanding constellation that is art? There is no final image at which we arrive. Who would want that, an end of the line? Ars longa, particularly in a period when speed has become its own aimless reward: Vita brevis. The expanded notions of art in the ‘60s paralleled a greater curiosity for what else might exist beyond the known world, and an increased dissatisfaction with its limits and prohibitions. Humans wondered whether anyone else might be out there? But haven’t we been searching for intelligent life all along—among one another? Cave painting established the beginning of art, a pre-language, a means of communication and of recording. The cave was the first studio, and the first gallery. Footprints in the ground below cave walls, including those of children, attest to creators and audience. Some artists in the ‘60s left the studio behind to work directly in the land, employing natural materials, stone, minerals, salt, and so on, envisioning what came to be called earthworks. But all the art we are aware of has been made terrestrially, here on this planet. All artworks are earthworks.

For collectors and curators, works of art brought together may enter states of re-animation. Artworks staged in public and in private perform, and no less suggestively than when they are brought into active relation. The museum may be thought of as a supercollider, which partly accounts for why our visits to them tend to be overwhelming. Visitors can become unmoored, though pleasurably so, entering into convergence with the works before them, or slipping into the suggestive space opened up between one work and another. APALAZZOGALLERY is in a 16th century palazzo, a museum of sorts, with palpable traces of the past and which we may think of as haunted. This exhibition, with its presentation of figurative sculpture, a number of works appearing archaeological or out of time, the rooms visibly inhabited, may well haunt it back. By way of their staging, these works will seem to be aware of each other, while also regarding the paintings, woodcuts and collages hung on the wall—most of which include representations of human figures, heads, and animals. All suggest a gravitational pull that viewers may sense and thus enter into.