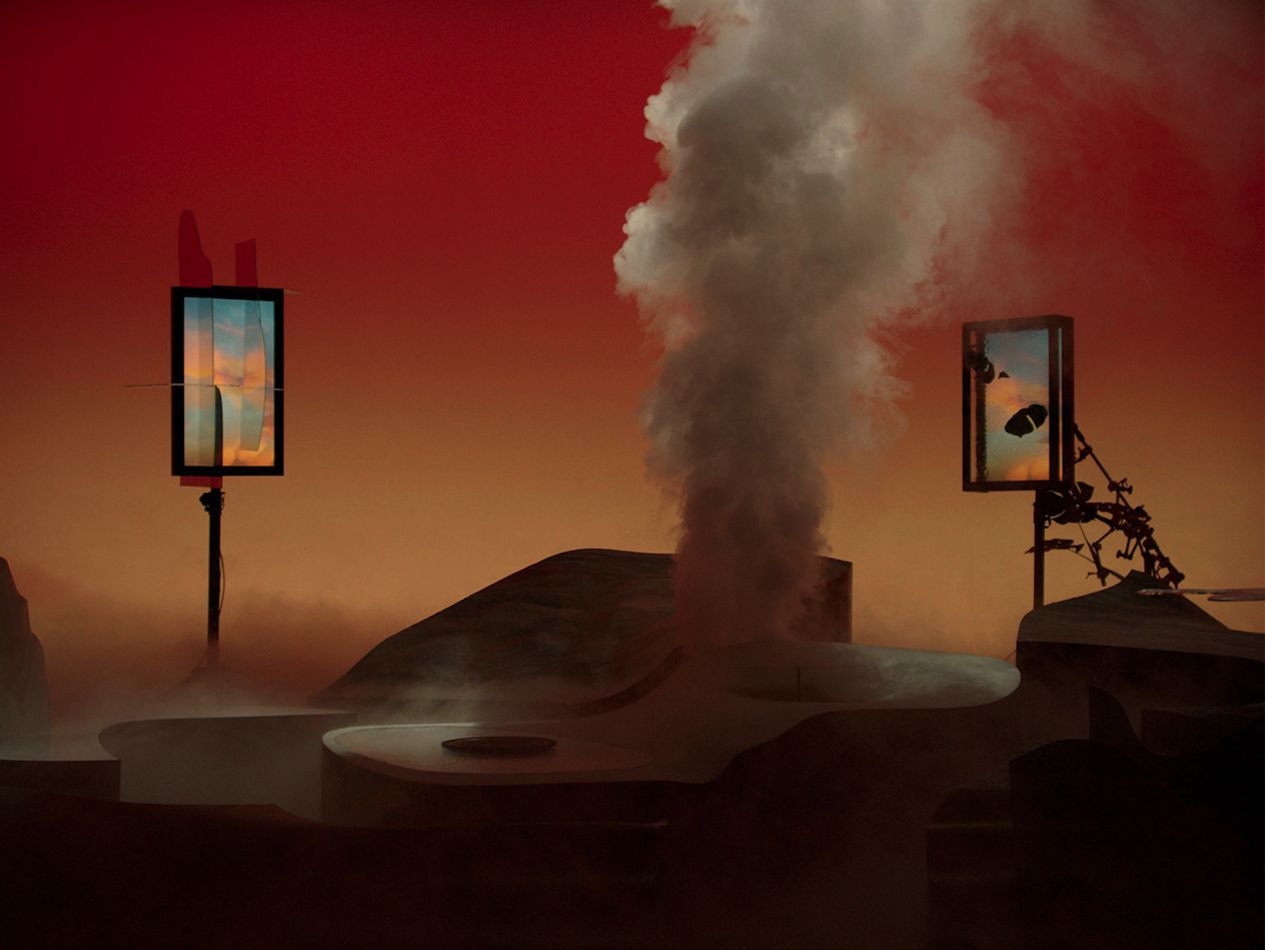 Taipei Fine Arts Museum (TFAM) is pleased to announce an international participating list of 39 participants from 18 countries and territories for the 12th edition of the Taipei Biennial, scheduled from October 24, 2020 to February 28, 2021 at Taipei Fine Arts Museum. Co-curated by Bruno Latour and Martin Guinard with Eva Lin (public programs), and titled You and I Don’t Live on the Same Planet, this year’s biennial aims to introduce political and diplomatic tactics into the realm of environmental discussions.

Bruno Latour and Martin Guinard relate, “It seems that the divisions on ecological questions are so great that disagreements are no longer about differences of ‘vision’ or ‘point of view’ about the world but a question of ‘the material nature’ of the very planet that we are talking about. Ecology has continuously tried to ‘unify us all’ so that a collective action would take place. Metaphorically speaking, this was done through the use of an emblem: the blue planet seen from the moon.” They further elaborate on their hypothesis, “This ‘call to unification’ has continuously been made in such a rush, that it has actually slowed down the political process that should take place. What is needed now is a real-politic which actually takes seriously the ecological implications of the ground on which it stands.”

In this context the curators hope to trigger what Latour calls “new diplomatic encounters.” “Diplomacy is defined as a set of skills, procedures, and habits of thought which occur either before or after a situation of conflict. The key feature of a diplomatic encounter is that there is no arbiter, referee, or judge who would sit above the situation to decide who is right or wrong about an issue. It is precisely because there is no such a judge that diplomacy is necessary. In the fictional space of the exhibition, we wish to multiply those encounters to mimic what would be needed in the real world.”

The curatorial theme and concept were announced back in September 2019, after the curators conducted a field research in Taiwan. During their stay, which lasted over a month, they visited a number of local scholars, including Daiwie Fu, Zhihong Wang, Hsiang-lin Lei, Wenhua Kuo and many others. Together, they started conversations that spanned across fields such as political science, sociology, geology, marine science, as well as humanities and history, endeavoring to lay down a solid foundation for this year’s biennial. Ms. Ping Lin, Director of TFAM, expressed her belief that all the experimental dialogues between human and the non-human perspectives demonstrate the uniqueness of this biennial. Furthermore, these academic dialogues may contribute to future research in these fields and spread the issue and message of the biennial far beyond the original scope of the exhibition, thus transcending the limitations of space and time inherent in the nature of such events and prompting new conceptual encounters for the academic fields and the general public alike.

The two curators also highlighted their goal to transform the exhibition into a fieldwork. To achieve this goal, they proposed to Eva Lin to join the team in order to benefit from her experience in both within and outside of the museum context. One of the highlights of the program will be the Theater of Negotiations, in cooperation with local scholars from the Taiwan Science, Technology and Society (STS) Association and their students. The first step will be based on a research effort where the participants will look at some of the controversies in Taiwanese society by carefully studying the role of each stakeholder involved. The second step will be a reenactment taking place at TFAM where each of the participants will endorse the role of these stakeholders and negotiate according to their divergent agendas.

The exhibition will be organized as a “planetarium,” where each artist depicts a certain “pull of gravity.” For example, Aruwai Kaumakan’s practice is characteristic of what Latour calls the Terrestrial Planet. As a former jewelry maker, she decided in 2008, after a violent Typhoon devastated her village, to “upscale” her productions so that she could work collaboratively with members of her community, using weaving as a resilient and social fabric. This “grounded approach” presents a sharp contrast with the “off-shore” and limitless space of the Global Planet, depicted by artists such as Antonio Vega Macotela. The latter has initiated a fairly unusual collaboration with a textile atelier (Marisol Centeno Studio) and the local craftsmen with hackers. Together they encrypted within the mesh of large tapestries information related to tax evaders, whose capital flows through borders and escape the tax system put in place in the boundaries of their nation states. Based on the planetary approach, the curatorial team will continue to build upon this framework.

The list of participants and participating groups are: (in alphabetical order)