Transbordar: Transgressions of Embroidery in Art 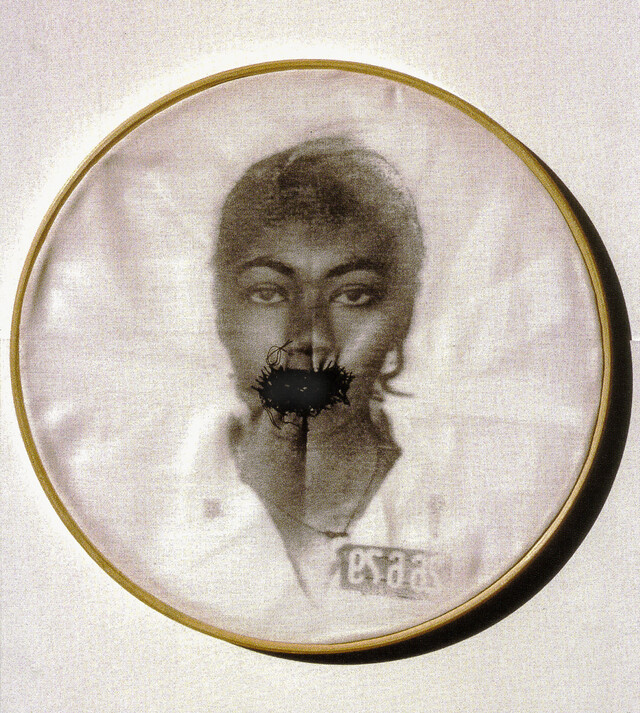 Curated by Ana Paula Cavalcanti Simioni, the exhibition Transbordar: transgressões do bordado na arte (Transembroidery/Overflow: Transgressions of Embroidery in Art), which opened November 26 at the Sesc Pinheiros unit, in São Paulo, features works made by female and male artists who use embroidery as an expressive medium to question aesthetic and social hierarchies.

An artistic practice loaded with meaning, in the 16th century embroidery was relegated by the then incipient European academic system to the condition of a “lesser art” (together with tapestry, stained glass, furniture, etc.)—unlike what happened with painting and sculpture, which were then ennobled, becoming “fine arts.” Seen as a trade, as an artisanal activity, embroidery was also associated to a household and, by extension, feminine practice.

But at the end of the 19th century, some artistic groups (such as the Arts & Crafts movement, Art Nouveau and artists of the early 20th century vanguards), sought to contest these divisions. Animated by the lemma of “total art,” these artists sought to go beyond the distinction between art and life, producing objects that were concomitantly useful and aesthetic, which could be found in everyday life, in the streets, in houses and on people’s bodies.

With the emergence of the feminisms, in the 1960s and ’70s, various artists sought to revalorize productions then undervalued for being associated with femininity. At that moment, various textile works, such as quilts, tapestries and embroideries were revisited based on a prospective critical of the gendered categorizations in the history of art. Brazilian and Latin American artists also participated in these processes, through works which, besides bearing a reflection on the differences and inequalities of gender, referred to a political context marked by various authoritarian regimes.

From the 1980s onward, the use of embroidery expanded, enlarging its critical potential, with productions that began to allude to a world marked by urgent personal and collective memories shot through with multiple forms of violence and stigmas, such as the violence against children and youths, violence of gender, racial violence, violence against the mentally ill, fat shaming and violence against LGBTQIA+ people.

The show Transbordar, structured around two main modules—Artificando o Bordado (Artifying Embroidery) and Transbordamentos (Transembroideries/Overflowings)—features works that vary profoundly in terms of scale, size and technique; works which overflow the hierarchies, the borders within which this practice was historically confined. In each of them, embroidery demonstrates its power to simultaneously charm and to make uneasy, to enthrall and to raise awareness. The existing borders between art and handicraft, between artists and artisans, or between the artist (traditionally male and singular) and the “talented housewives” (female and plural) are purposefully blurred.