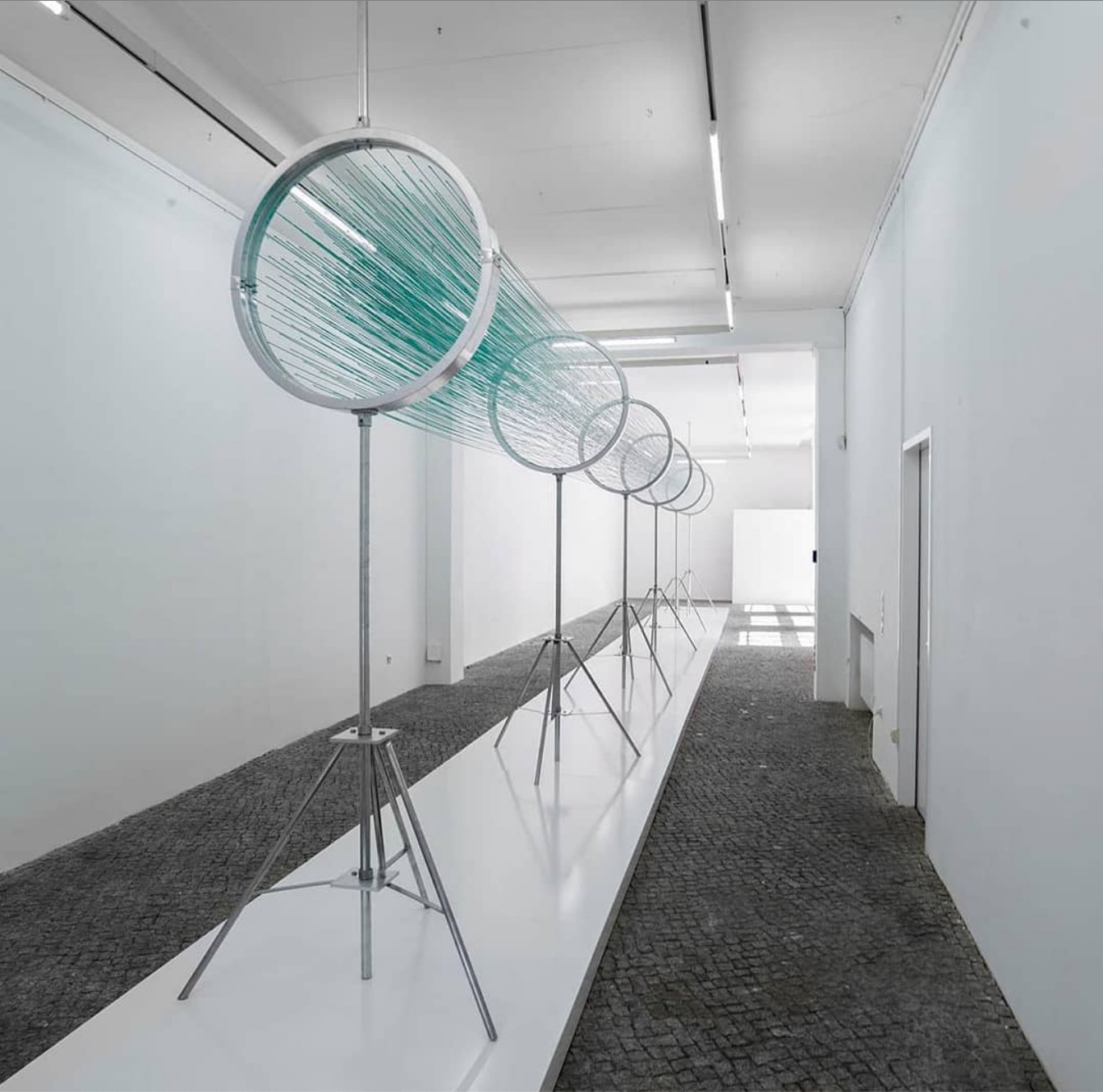 When lightning strikes, closely knit particles — (any very small subatomic piece) — separate. Dissolving from their previously closeness, a great charge releases from the separation. In Markus Butkereit’s show UNFOLDED PERCEPTIONS a theme emerges: the rearrangement and distribution of particles. UNFOLDED brings to the forefront a dialogue between particles role with space, consciousness, and wind; and points to particles as the foundation of a belief system, where the question is raised — can distribution of these infinite numbers of very small matter be the basis of existence and the reason for every single thing that happens to us, and outside of us? In it, there is a reflective quality of weather, how the fissuring of particles mirrors all communication flowing and scattering. Since every action causes a reaction, Markus Butkereit substantiates and affirms this law by showing how particles are broken up in the eye of a storm only to separate and spread to us. Like a tornado, chaos often ensues in the aftermath of disaster. The work distributes particles, which then moves with the wind.

UNFOLDED PERCEPTIONS is always on the move, from the artist to the table to up and away from you.
Space is the absence of the other; but what if in actuality hidden in what seems to be nothing is a presence so strong the very actions taken by you are dictated by the vacuum’s “nothingness”? In between each person, interaction, and occurrence are an astronomical number of small parts which move. Particles we cannot see, feel, touch, smell, or find, yet are there.
Drawing from the physics of particle presentation, Buterkeit derives the installation UNFOLDED PRECEPTIONS from a tornado, and here, opens the realm to space. With the reservation and finesse of particles, the installation stands as a call for wind, power, and particles to be released and explored. In the center of the transportation medium, the production of wind moving, flowing, and exiting through a corridor into the chamber whips particles into a special formation.
The air changes. New fields are excited into creation. Here is where the development of energy is key, as the field mixes movement and creates an entirely new mode of presence, existence, and state. From the pieces of the audience to dust trapped in the air, the installation is akin to a tornado’s possibility for disrupting and rearranging a setting. The moderator is the installation itself, with a program centering around the audience being the new creators of infinite forms of potential. As people move, so does the dispersion of particles.

Markus Butkereit (1976) is an artist presenting in museums and exhibitions in over ten countries. His broad range of activities centralise in the presentation of large-scale multimedia installations and activities based on a spectra of operations spanning art and society. Based on changing structures from within, there are layered revolving structures which wreck the environment as first noted; and ultimately, demanding more from the space in which they are presented. From his work building large-scale rube goldberg machines to finessing the explosions of a series of chairs, Butkereit is known for detailed and precise finesse that results in chaos. He builds accessible discussions between people by using fundamental laws appearing in physics and society by resting the installations on a foundation of absolute and objective reality. Informed and knowledgeable, Butkereit unapologetically disrupts and resolves questions related to knowledge and speculation; chance and determinism; order and chaos.

Gr_und will of course follow the current social-distancing and hygiene regulations. the courtyard will be open in order to create an entry and an exit. The number of participants is limited to 50 people.