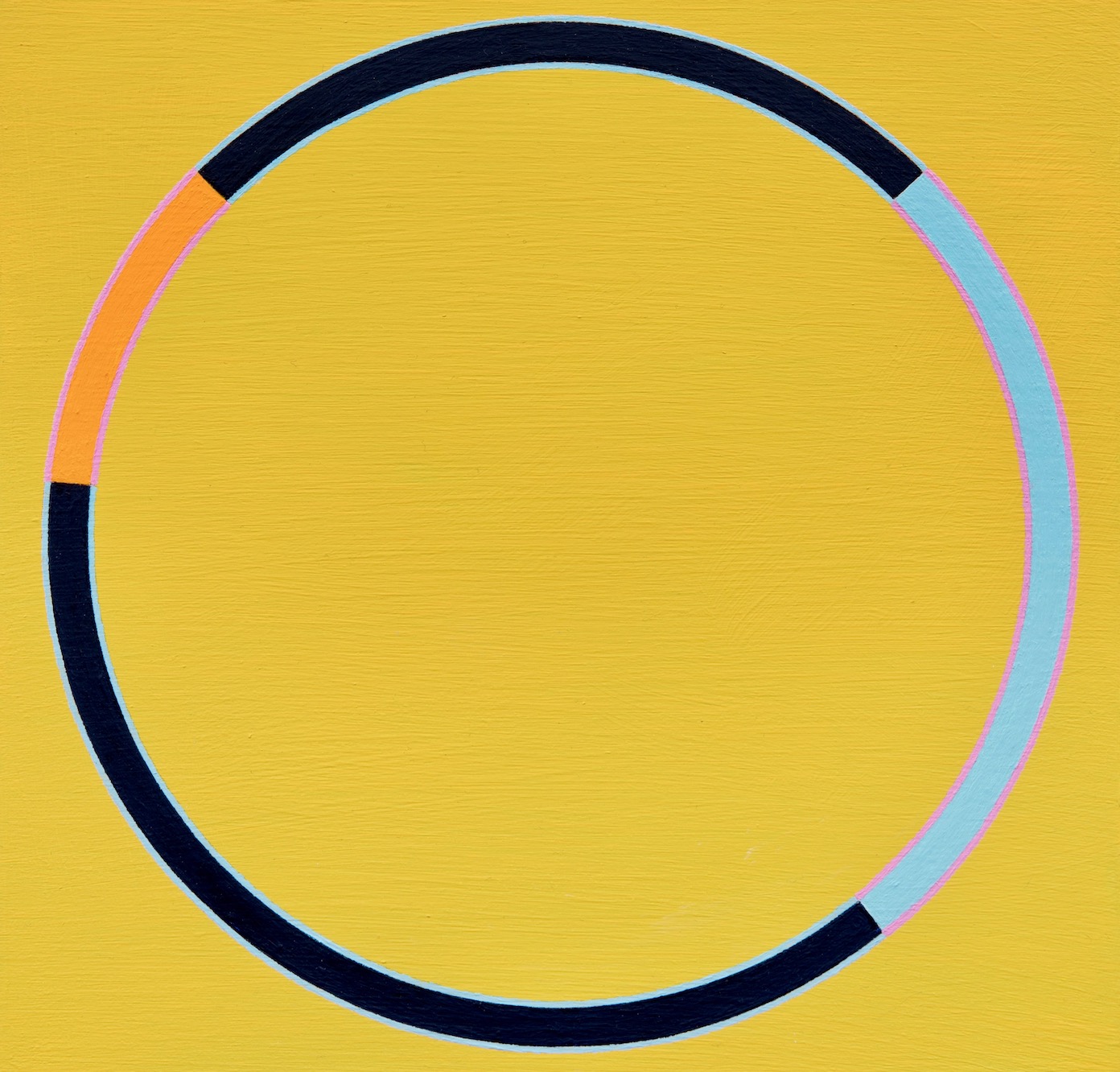 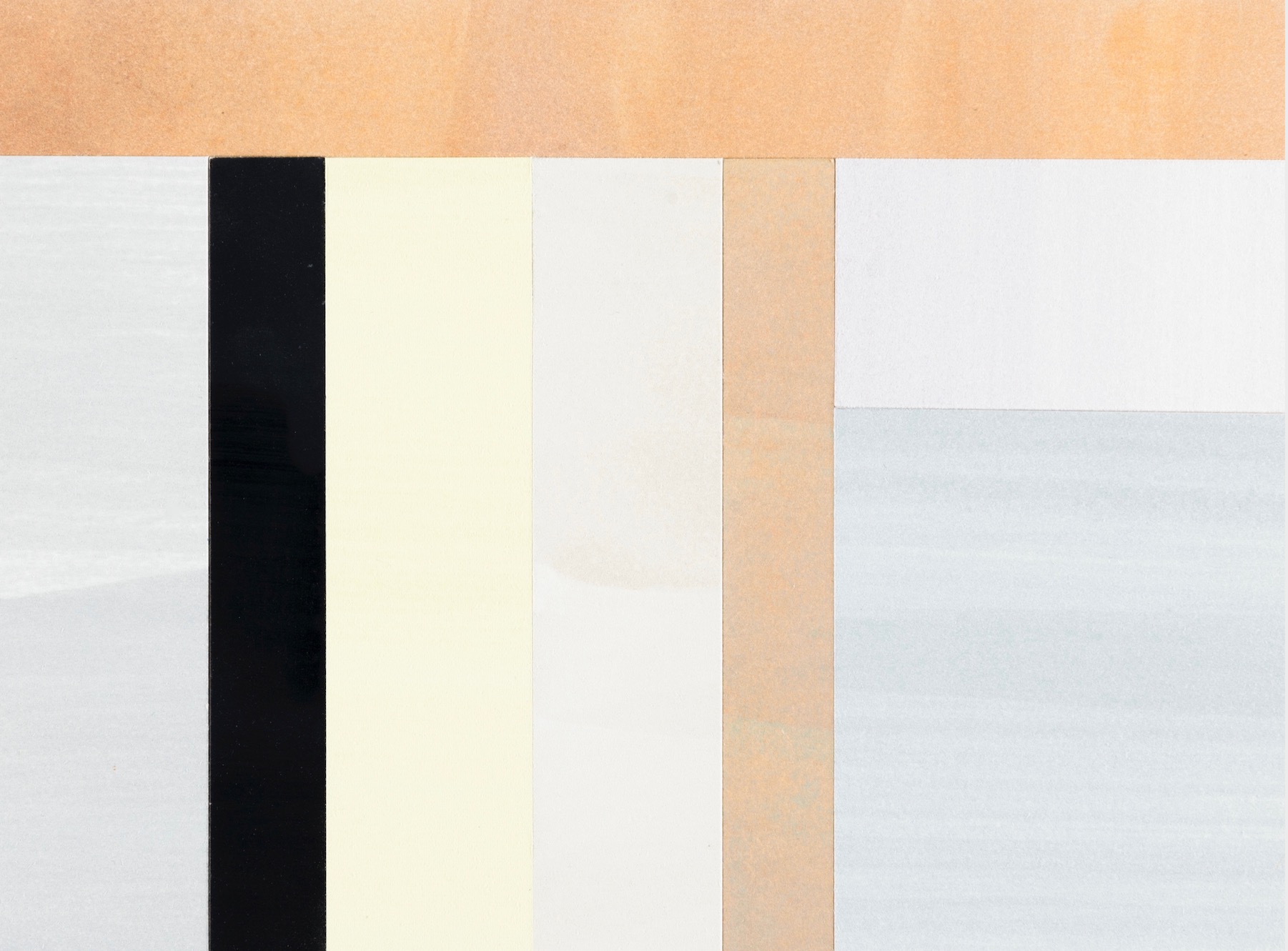 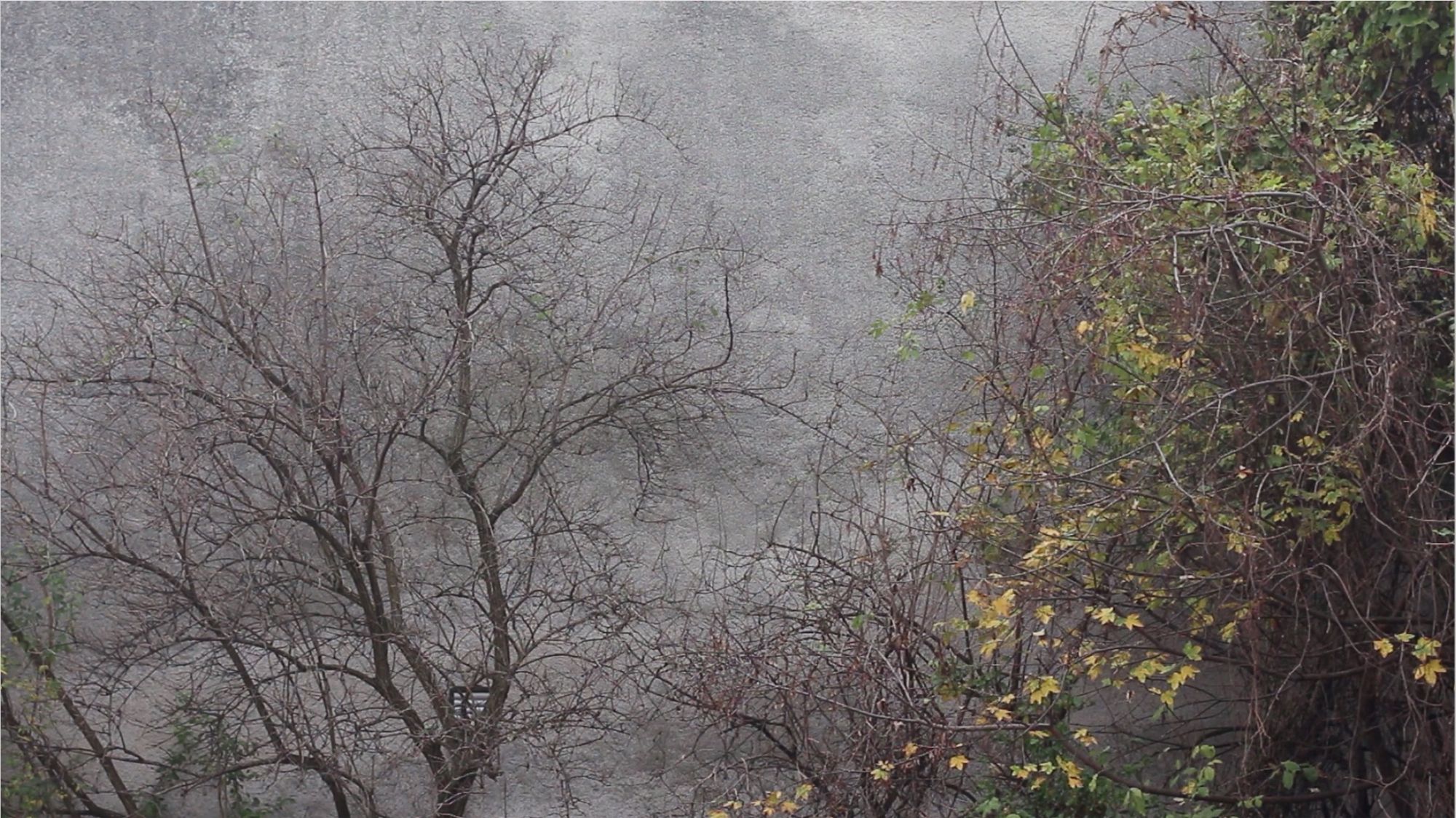 We cordially invite you to the opening of the upcoming exhibition CONNECTIONS: Give Life a Chance.

Against the backdrop of current developments in politics, surroundings and the media three artist from severals areas in Europe will give chances to find new perspectivities to explore multiple truths and cognitive models for perceiving the world in a communicative community of humans.

Carol Robertson and Trevor Sutton live and work in London and both exhibit their work extensively internationally. They are primarily painters but both also make prints and works on paper. They first exhibited at kunstGarten in May 2012 having been introduced to the garden by two friends, Austrian artist Ferdinand Penker and British artist Roger Ackling. In 2012 neither had made works for outdoors before and working in the garden allowed them to take an experimental and playful approach. Each has again adapted their conventional studio practises for the latest kunstGarten exhibition and will make separate installations within the garden.

Carol Robertson normally makes large geometric paintings and is best known for her circle motifs. At kunstGarten she will exhibit small oil paintings on board in the covered gallery from her Phases series. These paintings were made on a residency in France in September 2018 and were influenced by sun and moon phases over a month-long period. For the garden she further explores ideas that came from her previous exhibition here, fabricating small flexible 3D works made of wire covered with coloured thread and wool, discreetly placed all over the garden. She has made nets using the same process and materials as before but some are entwined around and incorporated with small varnished and painted wood structures made from re-cycled wedges, normally used for tightening the corners of her stretcher frames. Further wedge constructions, without nets are also displayed. She makes all these new works simply and intuitively, seeing the nets as 3D ‘space drawings’ that have their own cell-like structure: the wood structures are reminiscent of building block games she played as a child. She hopes these light-hearted works will take on a life of their own, interacting with and becoming integrated with plants, insects and wildlife in the garden.

Trevor Sutton has also made small paintings and works on paper for the exhibition area. These works are typical of his interest in architectonic motifs and ongoing preoccupation with the grid. For the garden he has made a set of nine small oil paintings on board, each titled after the iconic Observer’s pocket sized books first published in Britain in the 1950’s by Frederick Warne &Co. The books are the same dimensions as the paintings, each 15 x 10 x 2cm . The Observer’s books give written and pictorial information on a wide range of nature subjects and Sutton has taken Wild Flowers, Birds, Pond Life, Trees, Butterflies, Lichens, Herbs, Insects and Roses as his titles for the nine paintings. The panels were bought prefabricated, off-the-shelf, like books, and then painted subjectively in colours that evoked the book titles.

Carol Robertson – 1955 Born, Berkshire, 1974-78 Cardiff College of Art (BA Fine Art), 1980-81 Chelsea School of Art (MA Fine Art) will show images of small paintings and some small objects outside in the garden.
Carol Robertson’s paintings remain firmly rooted within reductive abstract conventions. Although she doesn’t seek to confirm or record the way the world looks, her work is never disconnected from it. She continues to make an informal relationship with landscape, architecture, nature and the environment. Her current work still employs familiar geometric formations, particularly circles, but in recent years she has also deconstructed the circle into arcs, thereby exploring a more disruptive asymmetry. Throughout her career she has chosen to use the square, rectangle and circle for their ideal power, for their aesthetic beauty.

“The power and beauty of geometric form and detail provides me with a catalyst for ways to make art. Adopting the formal restraints of a reductive and often repetitive geometric language takes the chaos out of what otherwise would be an impossibly vast set of visual options upon which to pin my existence. Geometry allows me to concentrate on the essential. It allows me the freedom to channel sensory or poetic material through its refined parameters. Over time my work evolves in tandem with whatever is happening in my life, emotionally, spiritually, intellectually and physically. The enduring constant is my commitment to working with the non-hierarchical and pragmatic language of geometric abstraction”.

“The circle is the most archetypal of all the forms I use: it has a universal resonance, so frequently found in art, architecture and ritual: an evocation of the universe and the heavens: the journey inwards, or outward, to or from the centre: a symbol of wholeness, completion and infinity: the unbroken line with no beginning or end: the eternal cycle”.

In recent years Robertson has been responding more directly to a state of flux and impermanence, recording notions of transience and change. Multi-coloured circles or arcs began to traverse her canvasses, sometimes with collisions and crossovers registering flashes of chance and coincidence, or summoning reminiscences of small arcane details that fleetingly curve across one’s vision.

From 2005 onwards all her paintings are prepared with poured and stained grounds, often in many layers. These atmospheric and unstructured colour fields complement the carefully drawn and over-painted geometry. Her colour registrations evolve intuitively and are often associative: they can change frequently during the painting process. She looks very carefully at the effect of each colour against or upon another. Colour is Robertson’s key to unlocking her meditations. Every painting contains a complete history of colour, each a version of memory and sensory experience.

Carol Robertson lives and works in London and is married to fellow artist Trevor Sutton. She is primarily a painter and printmaker, represented in the UK and USA by Flowers Gallery and by Peter Foolen Editions in the Netherlands. In 2005 she won first prize in the Sunday Times Watercolour Competition. She was Research Fellow in Painting at Cardiff School of Art & Design from 2003 – 2008. Her work has been exhibited extensively internationally, most recently in France, Switzerland and the USA. Since 2001 she has been a Returning Fellow at the Ballinglen Arts Foundation in Ireland. In 2012 she was artist in residence at the Kunstgarten in Graz, where she has made 3D objects for the first time. In 2013 she showed a new series of paintings titled Circular Stories at Galerie allerArt, Bludenz, Austria. The Circular Stories paintings have been an ongoing project, many of the paintings made in response to a series of residencies in the Midi Pyrenees region over the last ten years.

In the autumn of 2014 she published a fully illustrated 96 page hard-back book with her husband. Carol Robertson & Trevor Sutton – French Paintings, published by Peter Foolen Editions in Eindhoven. She exhibited large new paintings from the Circular Stories series at Flowers Gallery, London, winter 2014-15. In 2015 She returned to the Ballinglen Arts Foundation, in Co Mayo, for a month-long Artist Residency. In 2016 she experimented with new structural elements, developing a significant body of new work employing star and triangular motifs. In 2017, with this new work, she had a solo show, Pointstar, at Flowers Gallery and showed for the first time at Galerie Gisèle Linder in Switzerland, Imprints Galerie, France and Cinnabar Gallery in Texas. In 2018 she has completed a large body of silkscreen monoprints, Free Fall to be launched with Flowers Gallery. In the autumn she returns on a month long residency to Alayrac in the Midi Pyrennes.

Trevor Sutton – 1948 Born, Romford, Essex, 1967-71 Hornsey College of Art, 1971-72Birmingham Polytechnic – lives and works in London. He went to art school in the 1960’s, graduating with a post-graduate diploma in 1972. He has from the outset, remained a non-figurative painter and printmaker. In addition to working in London he has taken up many residencies and fellowships abroad, most recently in France and Ireland. His work is exhibited worldwide but his strongest links outside the UK are with Japan, Austria, Denmark, and The Netherlands.

In Sutton’s studio one finds a systemic beauty and careful order in the layout of his working environment. The same aesthetic applies to his art – the restraints of a ritualistic and ordered process embedded within the sensual physicality of oil paint. Of an occasion in his studio Sutton wrote in 2007:

“Minimalist music plays in fading light. Drifting white smoke, pink, silver-grey horizon. The sound of air. Times like these are embedded in my paintings: the sound of seeing, the colour of mind, painting as frozen time.”

He makes paintings on board, in contrast with his early colour field paintings on canvas from the 1970’s. Throughout his career he has also always been interested in ‘shaped paintings’ and has regularly worked on a circular format in addition to the more conventional rectangle or square. In the 1980’s he worked on multi-part units of painted shapes, the most notable of which were first shown at the Lisson Gallery in 1981.

From the 1990’s onwards his paintings presented remote and evocative abstract spaces in which to place one’s own imaginings. Their character lay captured between layer upon layer of semi-transparent oil based glazes that built up a visible history of colour and brush marks. This process gave the work a physical and an atmospheric quality but did not provide specific pictorial or geographic detail.

From around 2008 his paintings started to employ hand-painted collaged elements in addition to working directly onto the surface of a work. At the same time, the grid re-emerged as a structural element in his work. In his most recent paintings he is not using collage, preferring to paint directly onto the surface again. His new work is fed by a seemingly irrational take on life, a life that gets re-ordered within the hierarchy of the grid. The paintings have a clear history of gesture and mark but this physicality becomes ordered, restrained by the grid. His colour is intuitive and reactive, encouraging shifting patterns and rhythms that suggest a kind of visual music.

Trevor Sutton was a Senior Lecturer in Painting at Chelsea School of Art & Design from 1973 to 2000 and a Research Fellow there from 2000 to 2003. He is married to fellow artist Carol Robertson. In 2014, they published a book together, Carol Robertson Trevor Sutton – French Paintings, published by Peter Foolen Editions in The Netherlands. It contains texts, photographs and artworks relating to time spent working on a series of residencies in the Midi Pyrenees. This book follows after Trevor Sutton – Irish Paintings published in 2013 and both books apply the same concept of relating location and environment within the language of abstraction.

Ana Pečar (1977, Slovenia) works and lives on a crossroad of new technologies and ancient world views. With them she maintains an interesting debate that illuminates the past, taps into the present and thinks the future. In her work she is in direct contact with the space she deals with; with the camera she explores the mysterious forces of age-old shapes, symbols, linguistic signs and sounds among diverse indigenous societies (an ancient cosmology in western parts of Slovenia). This way, time comes to a stop and opens a place for unreal reality lived long ago. A sense of firm rational becomes blurred. Multiple truths and cognitive models for perceiving the world can be recognized in it, an unexploited reserve for our civilization.