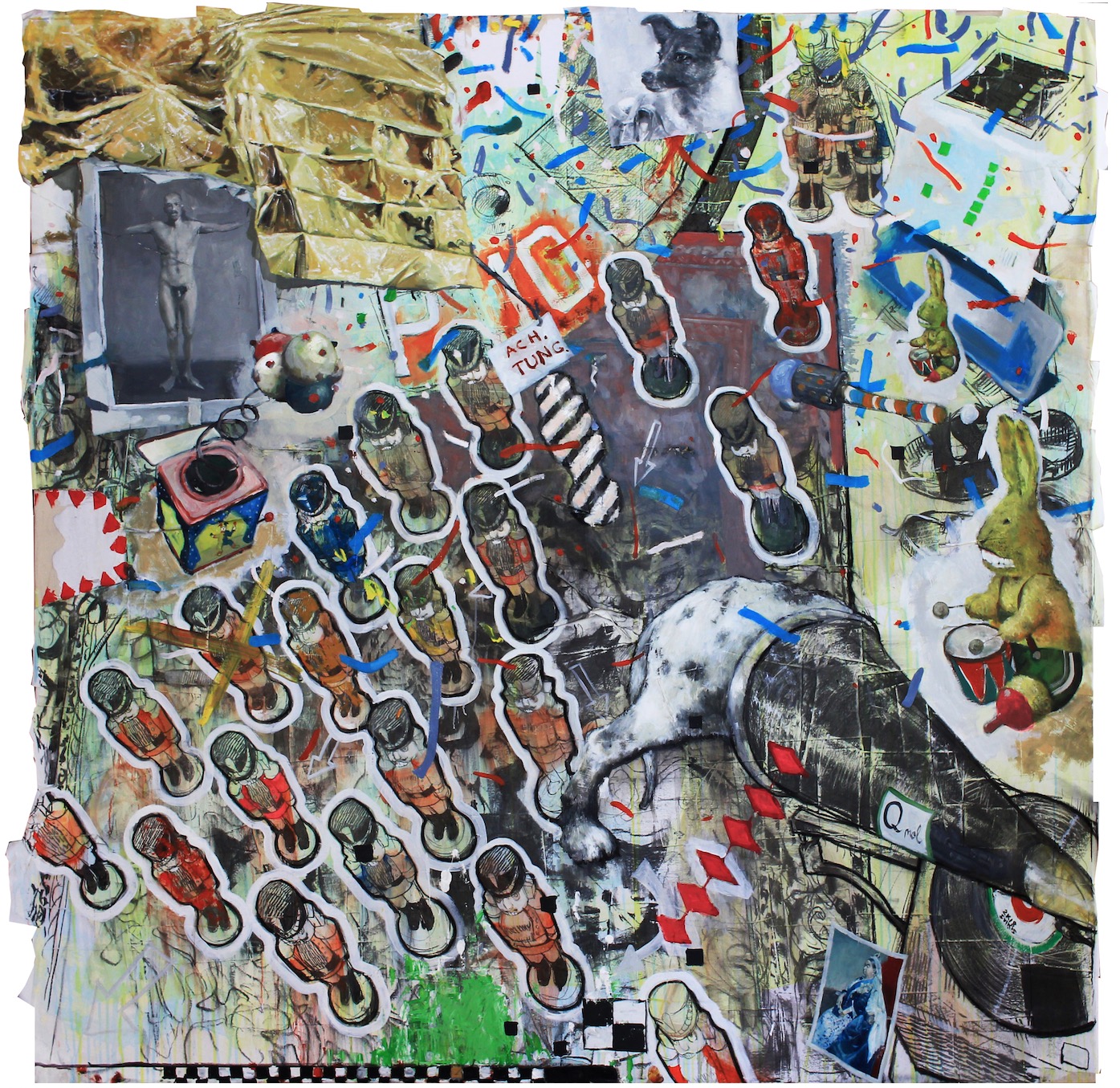 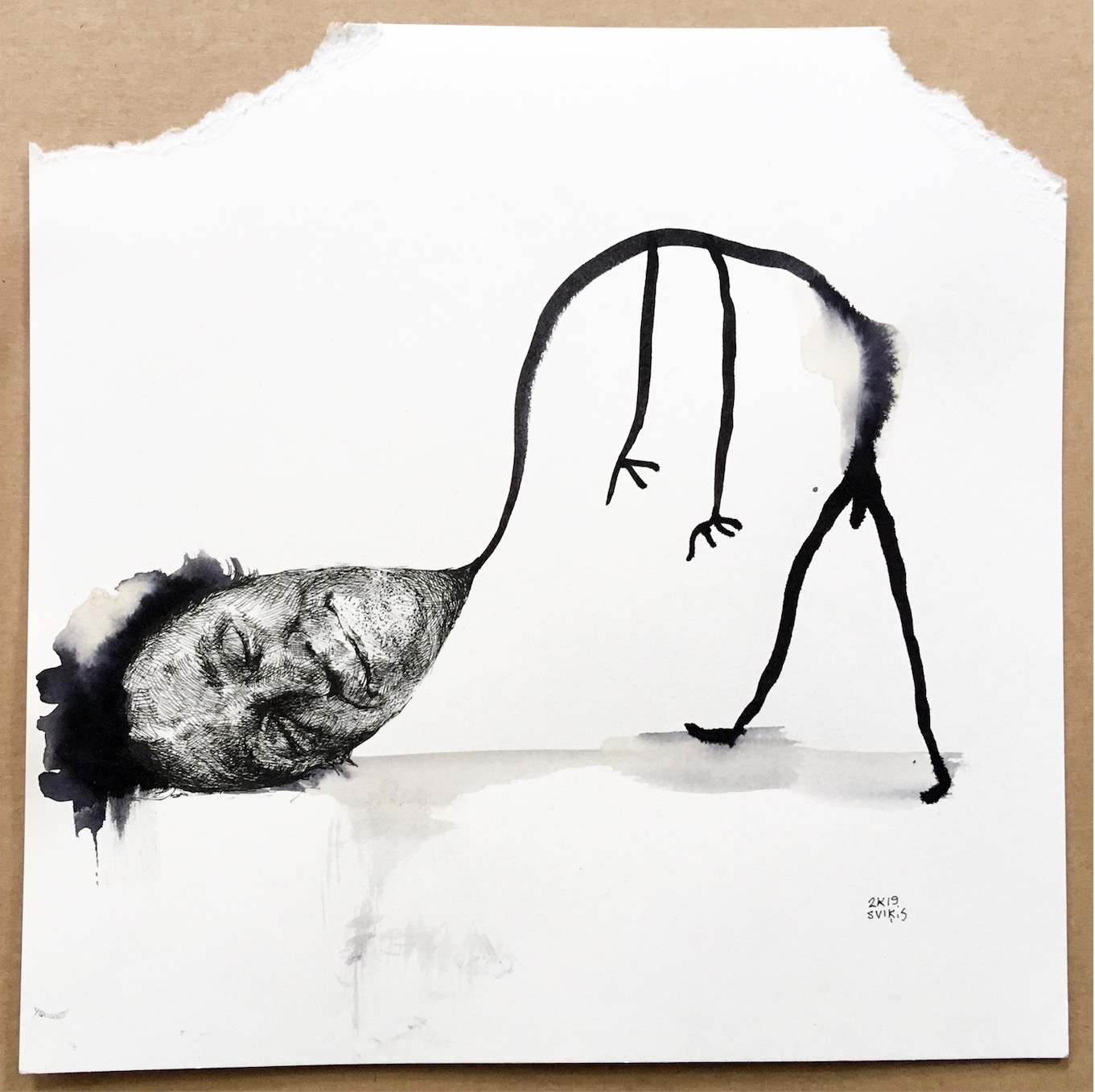 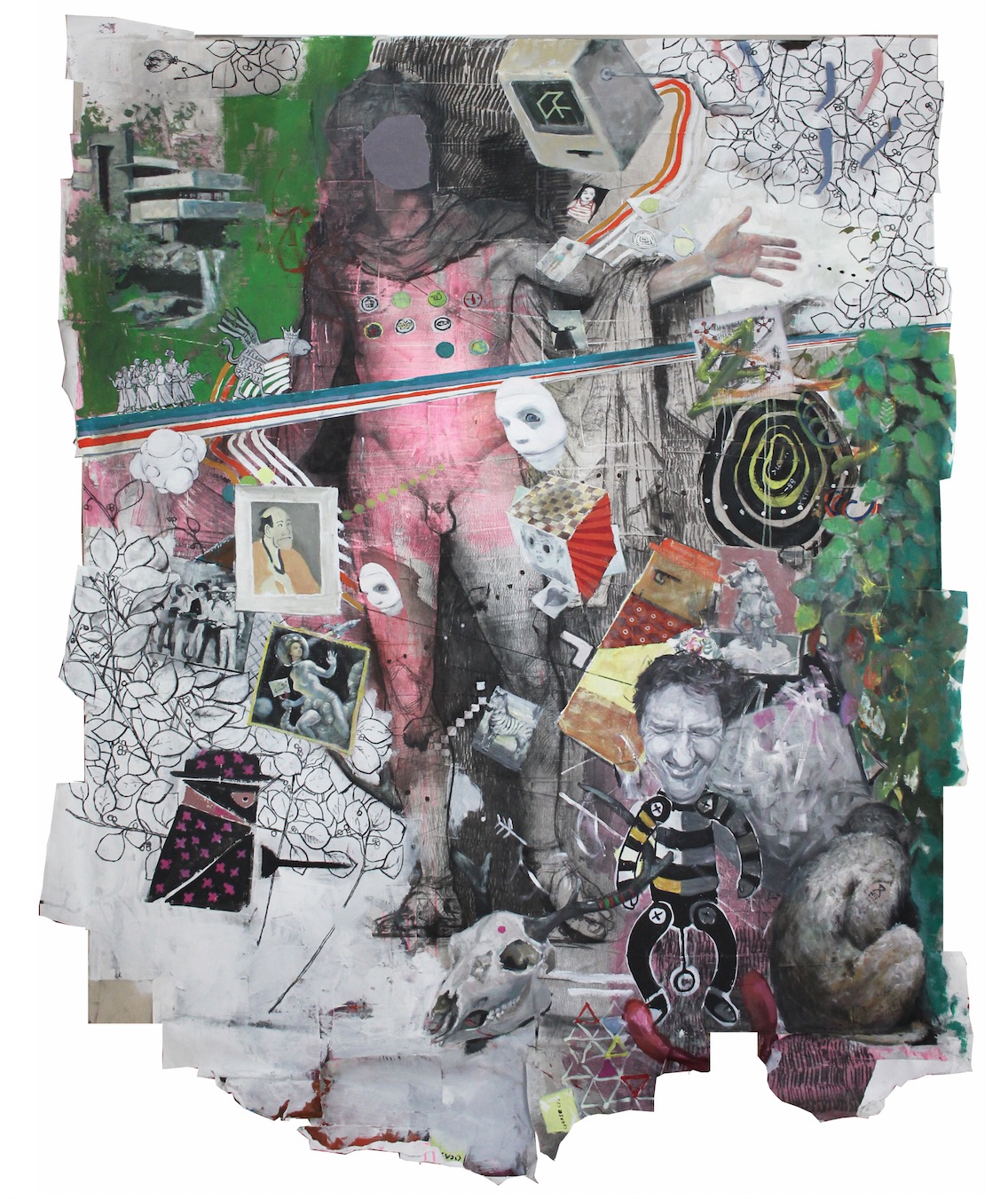 We would like to take this opportunity to thank you and we look very much forward to seeing you again in September!

On the boundary between what is real and unreal, Viktors Svikis paints a colourful and fragmented picture of our world in his large-format media, which clearly emanates from artistic imagination, yet finds a strong reference point in our everyday world, where people are inundated with information by the mass media and strongly influenced in their perception. The enigmatically attractive colourfulness and diversity as well as the multidimensional nature and multiple layers of his works are based on both different techniques and materials as well as on a multitude of different themes and references used. In his seemingly random themes, large collage-like compositions arise in which all individually existing elements of the picture, though autonomous in structure and content, serve the context of the bigger picture. Just like in a surrealist dream, different levels of the image exist alongside one another. Individual topics semantically revolve around the respective work title, while their combinability and connection with each other leave more room for interpretation and reconstruction of the storyline.

In this exhibition, this can be seen clearly in the picture titled Myth, in the centre of which the large-format figure of Apollo Belvedere is depicted. He is surrounded by a series of heroes, from Zorro and cowboys to art-historical references and paradigms such “Fallingwater” by Frank Lloyd Wright. According to Winckelmann, Apollo Belvedere embodies “the highest ideal of art among all works of antiquity”. However, Svikis depicts him as faceless and emasculated. As a counterpart, a jumping jack bearing the caricature-like features of the artist catches the viewer’s eye at the bottom of the right-hand side. Radetzky March reminds us of the surreal story of Alice in Wonderland. Two mutilated rabbits are beating their drums, providing the rhythm for the marching army of nutcrackers, while a dog is being swallowed by a gramophone at the same time. On the upper left-hand side, the golden Voyager data plates, which were sent into space as a message for aliens, are illustrated and, next to them, a picture of the dog Laika, the first living being in space. Svikis’s characteristic drawing style is best expressed in his small-format ink drawings. The consistency of themes with his large-format drawings is undeniable.
Svikis’s references and appropriations are part of his art-historical and historical discourse and consciously or unconsciously refer to existing things. Following his own thread of life and searching for a non-existent universal artistic truth and truth of life, Svikis shows us his sphere of experience and perception in his imagery. However, as the title Storylines implies, it is up to the viewers to follow their own thread and find their own access to the structure and storyline of the story told.
Mag. Jelena Grabovac / translation: Barbara Wrathall-Pohl