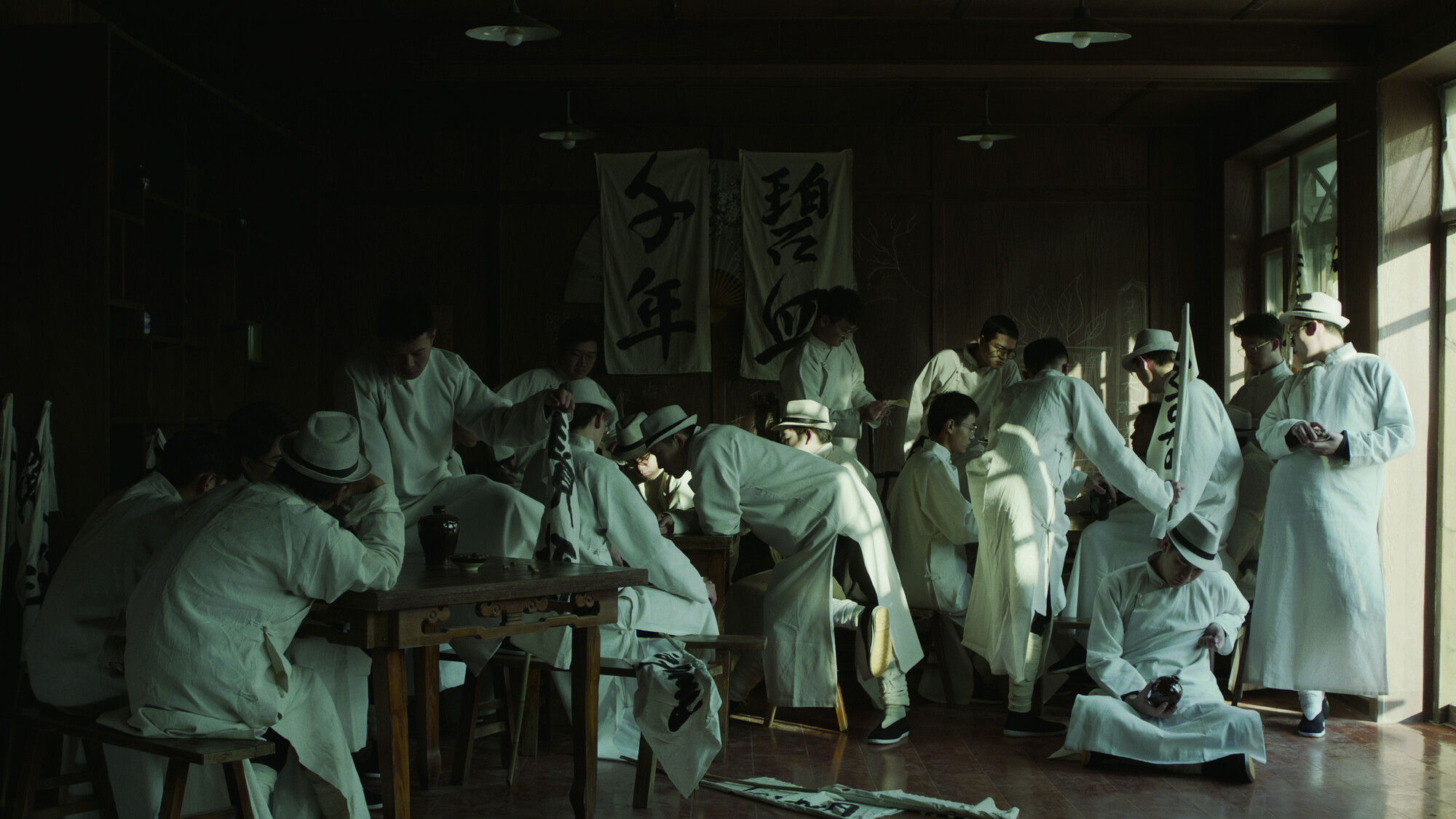 UCCA Center for Contemporary Art presents Wang Tuo: Empty-handed into History. As Wang Tuo’s (b. 1984, Changchun) first institutional solo show, this exhibition collects eight of the artist's single- and multi-channel video works, including, in its complete form for the first time, “The Northeast Tetralogy,” as well as related archival materials and sketches from the artist, presenting an overview of the artist's early-career works. The exhibition’s title alludes to a view of history described by Japanese historian Yuzo Mizoguchi, in which one “enters history in a state of unconsciousness” and thereby discovers its original form. This notion outlines the core of Wang's creative methodology, as well as the critical role the artist has played in processes of deconstructing the past and imagining alternative, speculative histories. Wang Tuo: Empty-handed into History is curated by UCCA Curator Luan Shixuan.

The reappropriation and analysis of historical texts have long been the cornerstone of Wang's artistic practice. “The Northeast Tetralogy” is the important long-term series in Wang’s early career, comprised of four video works: Smoke and Fire (2018), Distorting Words (2019), Tungus (2021), and Wailing Requiem (2021). They connect between ruptures in the modernization of China's Northeast, incidents of violence in Chinese society, and archetypal narratives drawn from the past century of history greater Northeast Asia, beginning with the May 4th Movement and continuing on to events and issues including the Chinese Civil War, the Jeju Uprising, and the contemporary plight of migrant workers. By constructing a complex narrative matrix that juxtaposes different eras, locations, and cultures, and guiding viewers along conspicuous and hidden clues found in archival, filmic, literary, and fictional sources, Wang provides an alternative text that opens up new ways of thinking about questions surrounding historical and cultural forces in China's recent history. Wang also proposes the concept of “pan-shamanization,” based on the artist's in-depth study of shamanistic rituals and the potentiality of bodies, by entering into an unconscious state, to become a medium of historical reincarnation during tumultuous times of societal changes.

Additional works in the exhibition follow the diversity of other recent threads in Wang's artistic vision and interests. The fictional memories of an individual in Symptomatic Silence of Complicit Forgetting (2019) become a condensation of the contradictions between historical scars and real-life experiences in the collective memories of a generation. Meditation onDisappointing Reading (2016) retells a story found in Pearl S. Buck's banned-in-China 1969 novel Three Daughters of Madame Liang, as a metaphor for histories of migration and the challenges faced by immigrants in estranged cultural contexts. Obsessions (2019) grew out of Wang's interest in a missing person case that sparked his inquiry into human desire, obsessions, architectural structures, and psychoanalysis. Roleplay (2016) is a performance-based short film that delves into how constructed concepts seeps into the collective unconscious and become activated through the use of language.