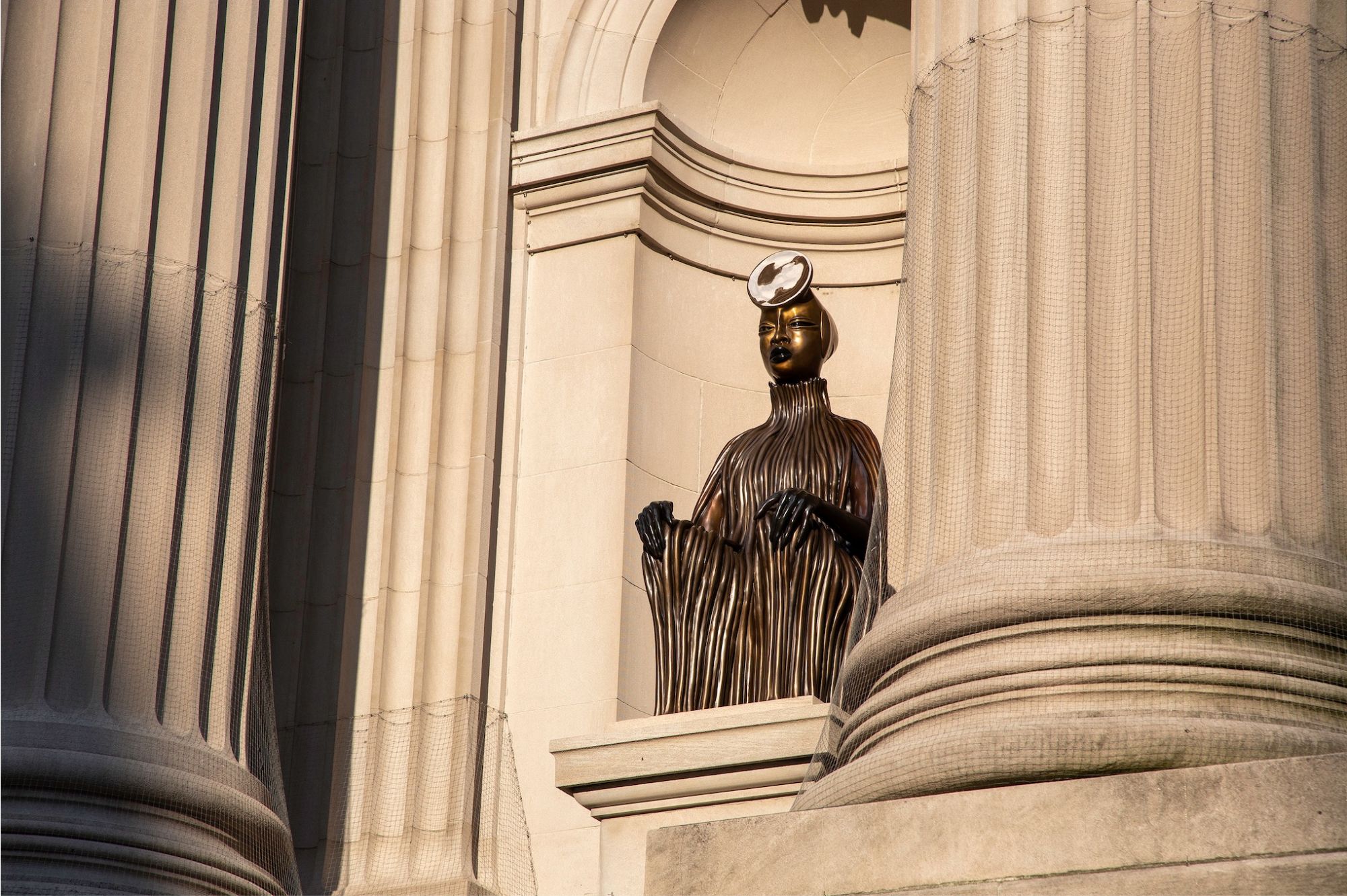 (New York, November 6, 2019)—The Met announced today that The Facade Commission: Wangechi Mutu, The NewOnes, will free Us has been extended by five months; Wangechi Mutu's four sculptures will remain on view in the niches of The Met Fifth Avenue facade through June 8, 2020. The installation went on view on September 9, 2019, inaugurating The Met's new annual commission for the Museum's facade.

"Wangechi Mutu's deeply powerful sculptures fuse the art of the past with perspectives from the present into these entirely original works of art that have been inspiring conversations and reactions from visitors and passersby since they were unveiled," said Max Hollein, Director of The Met. "We are thrilled to announce that The NewOnes, will free Us will remain on view through the spring, and honored to have these striking figures preside over the Museum as we usher in The Met's 150th anniversary in 2020."

Originally scheduled to close on January 12, Wangechi's four bronze sculptures—known individually as The Seated I, II, III, and IV and as a group they bear the title The NewOnes, will free Us—are as poetic as they are fantastic and engage in a pointed critique of gender and racial politics. With The NewOnes, will free Us, the artist has reimagined a motif common to the history of both African and Western art: the caryatid, a sculpted female figure meant to serve as a means of either structural or metaphorical support. Whether carved out of wood for the prestige stool of a West African king or chiseled out of marble for a building on the Athenian Acropolis, the caryatid has always been confined to her role as a load-bearer. For her part, Wangechi stages a feminist intervention, liberating the caryatid from her traditional duties and her subservient status. Wangechi does so, moreover, in the context of a neo-classical facade whose original architects sought to convey a far more conservative set of values.