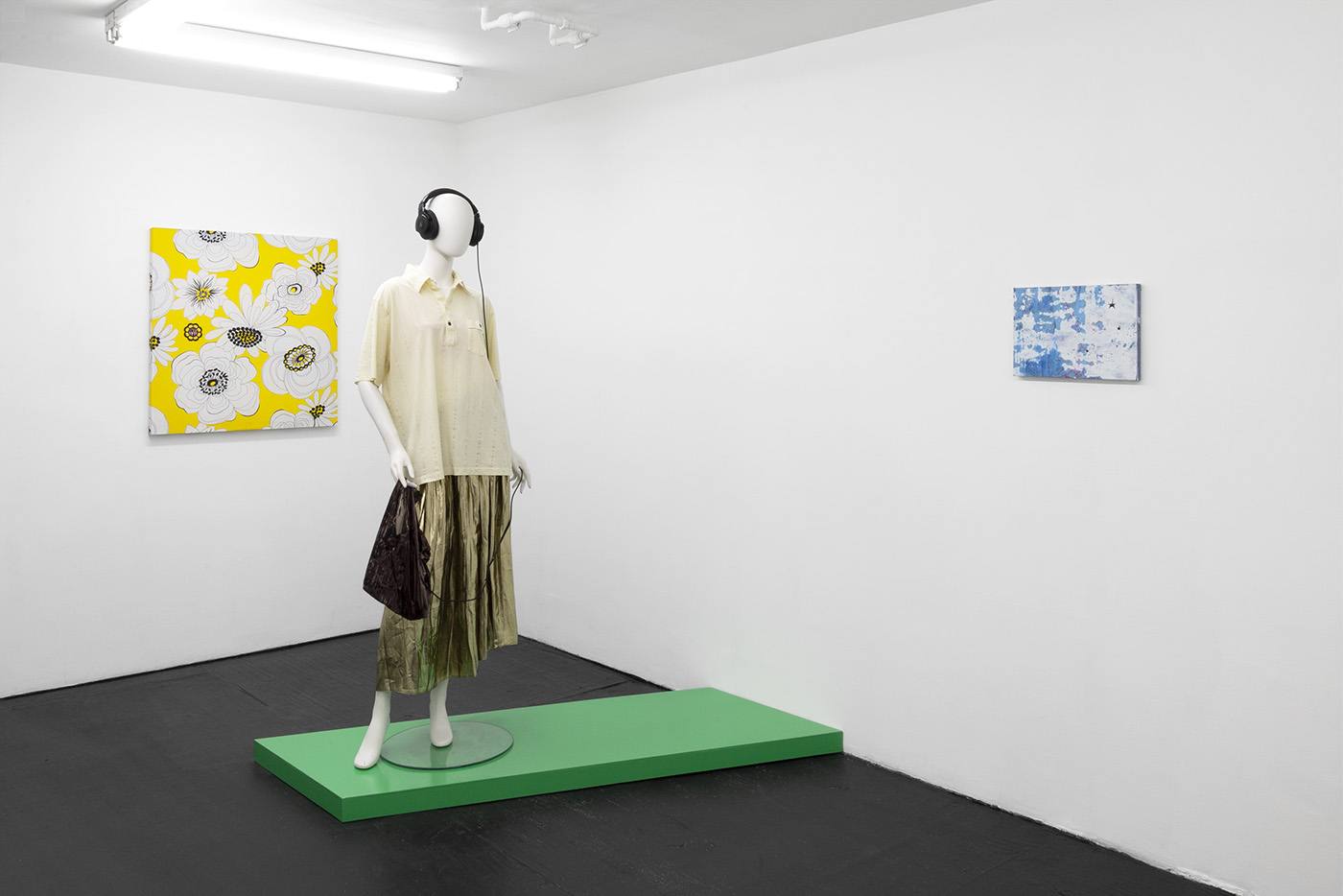 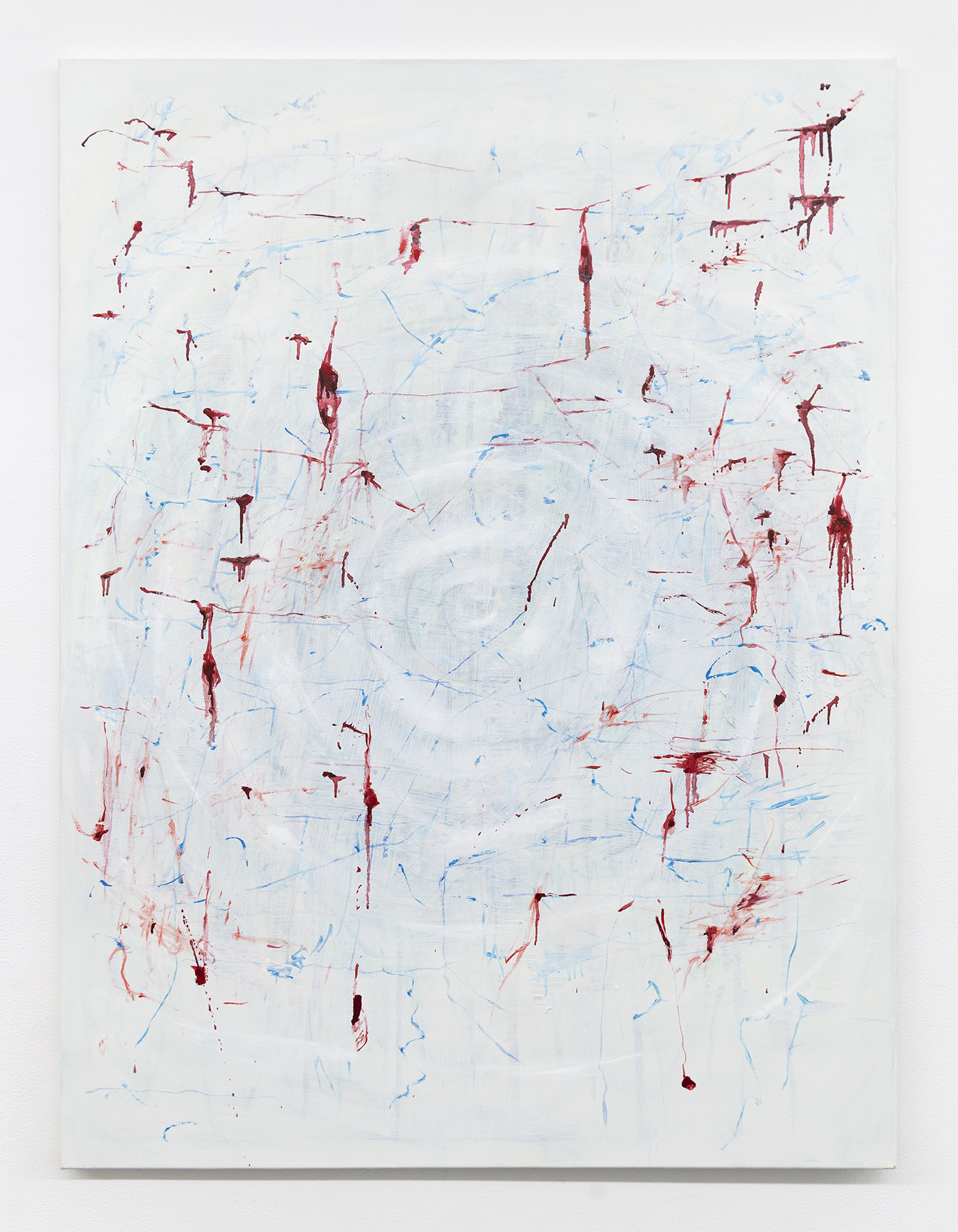 Fabric paint on a former skirt, various paints and magazine clippings on linen, a found patch onfound fabric, Nat Sherman’s MCDs and ash with ink on enamel on fabric, oil on linen with sequins andglitter on an older sanded down painting from 2015. Through all the material oscillations in Whitney’swork, it’s often useful to think of the work as “mostly painting.” Similarly, the gallery in ADD SHOT is“mostly a gallery,” but the Whitney-esque avatar listening to a 20 minute mix of club, folk punk, pop,and hardcore wearing a custom printed vintage polo that says “LOVE” on the back also turns thegallery into a Barneys-meets-thrift store retail space. Nearby, a painted frame on a small landscapepainting centered over the radiator is a cute nod to Upper East Side domesticity and a photocopywheat pasted to the wall slightly below the center hanging line of the rest of the gallery (a $5 eachedition of 100) recalls the earnest moralism of a DIY music scene.

The power of Whitney’s work and the shape of this exhibition is that the work functions like a guide,a mix tape of its own sort, asking you to consider one thing and then the next while you still havethe last thing stuck in your head. There’s a ominous beauty in VAMP U.S.A., a painting of drippy redand needley blue lines over a white spiral that stays in your head if you then turn to the happy yellowpainting of a beautifully rendered kitty licking its paw, a painting imbued with optimistic love. It’s thesetensions that point us back and forth through the gallery and throughout the work. Whitney gives bodyto conflict, amplifies subjectivity, and highlights the feedback-looping maximallisms of the moment.Perhaps now is the time to add a shot, whether it’s espresso to your latte, or tequila to your TexasSize Famous Frozen Raspberry Margarita.