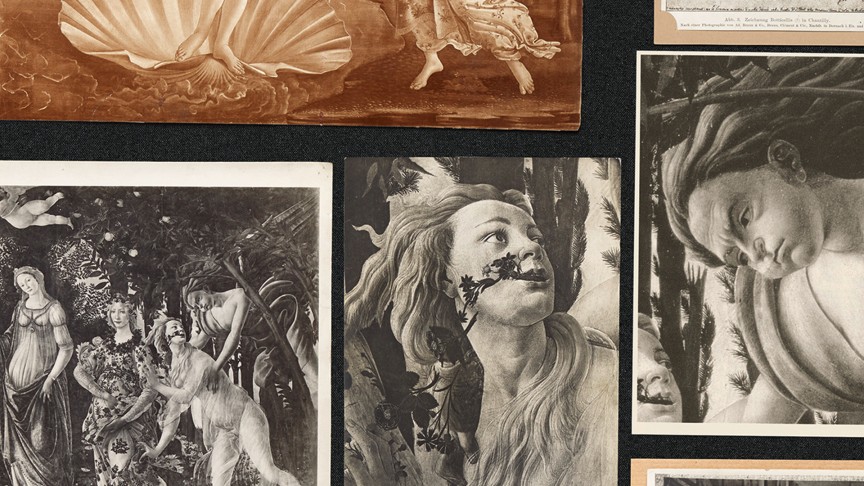 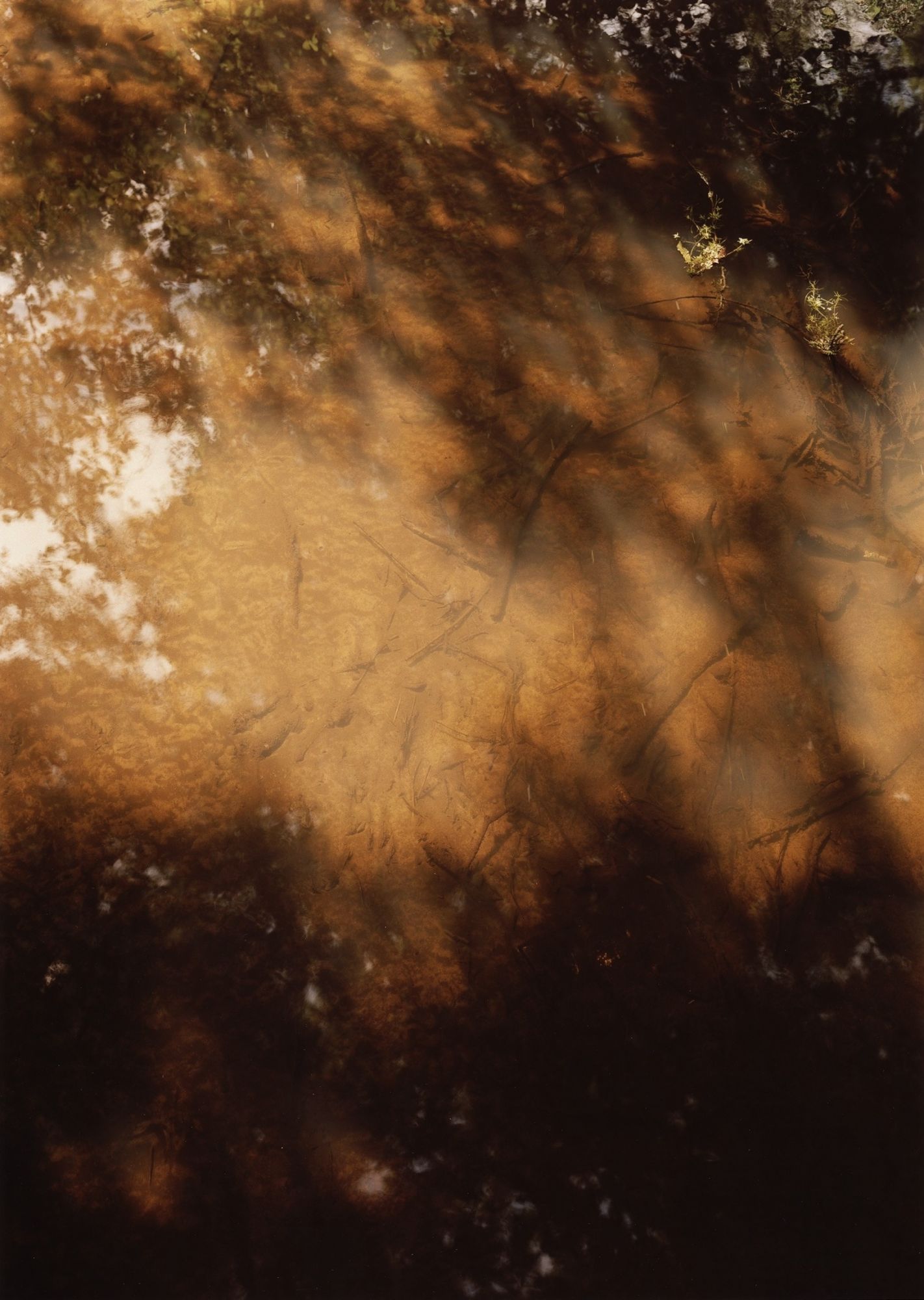 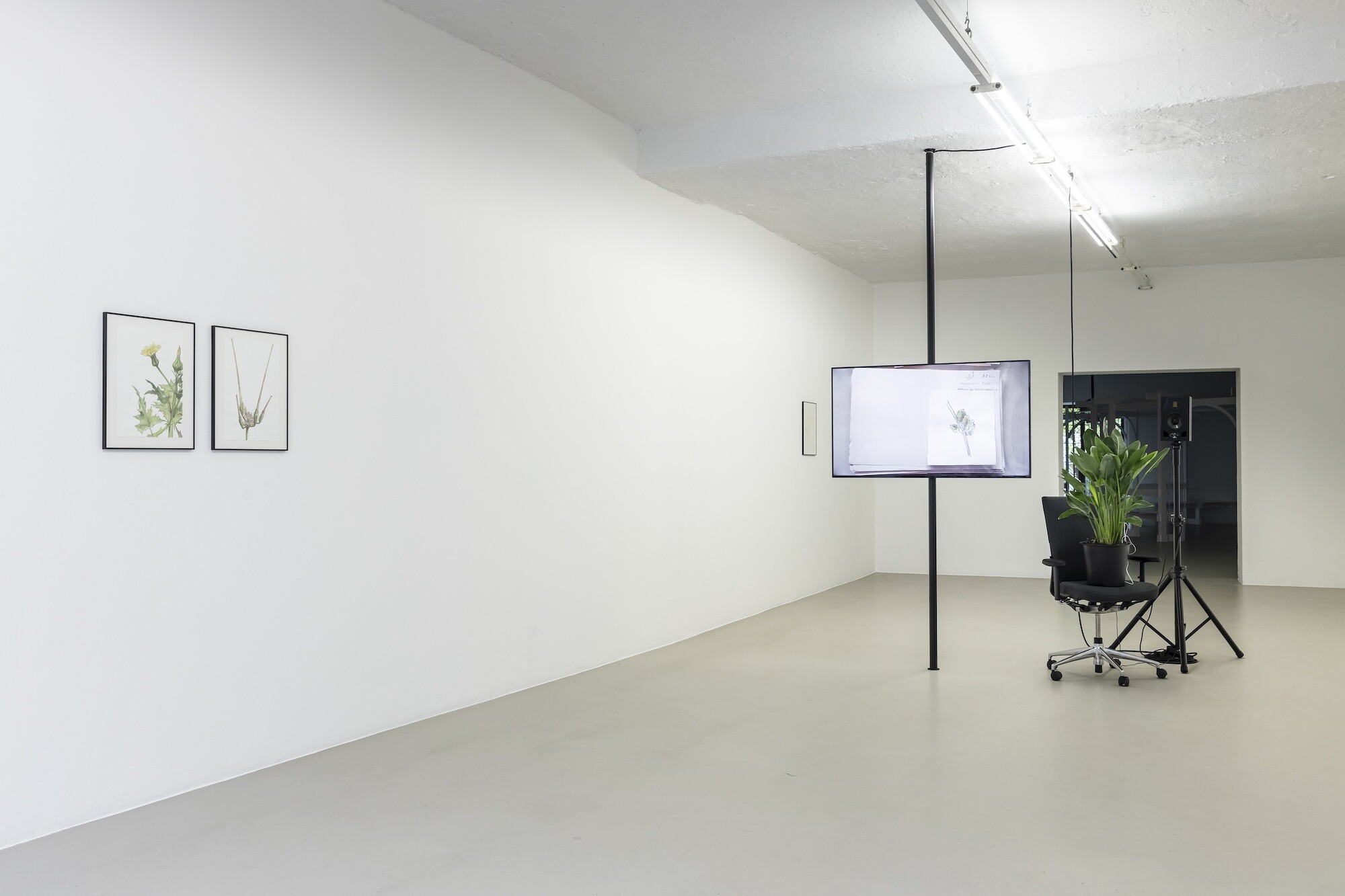 Mohamed Bourouissa. Brutal Family Roots September 17–November 14, 2020 Mohamed Bourouissa’s solo exhibition pays homage to the psychiatrist, political philosopher and revolutionary Frantz Fanon and to his complex relationship with the city of Blida, Algeria, where the artist was born. Fanon’s contribution to the anti-colonial struggle and his deep analysis of the mechanisms of oppression and racism are articulated in different ways by the two installations that comprise Brutal Family Roots. Incomplete Herbarium (2020) and The Whispering of Ghosts (2018–20) both evidence Bourouissa’s unflinching attitude toward history and his bold approach to establishing collaborations and forms of dialogue with all kinds of subjectivities. 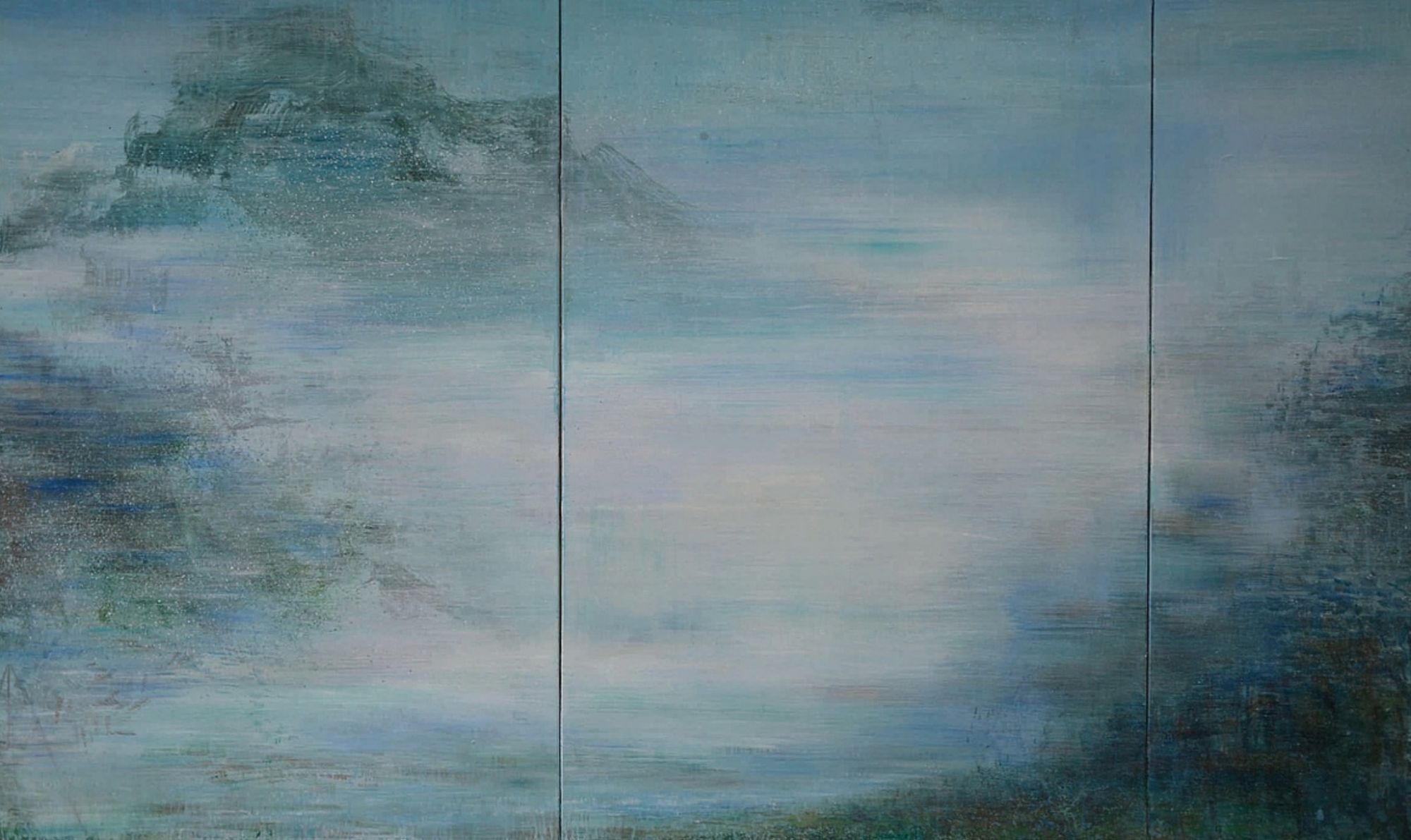 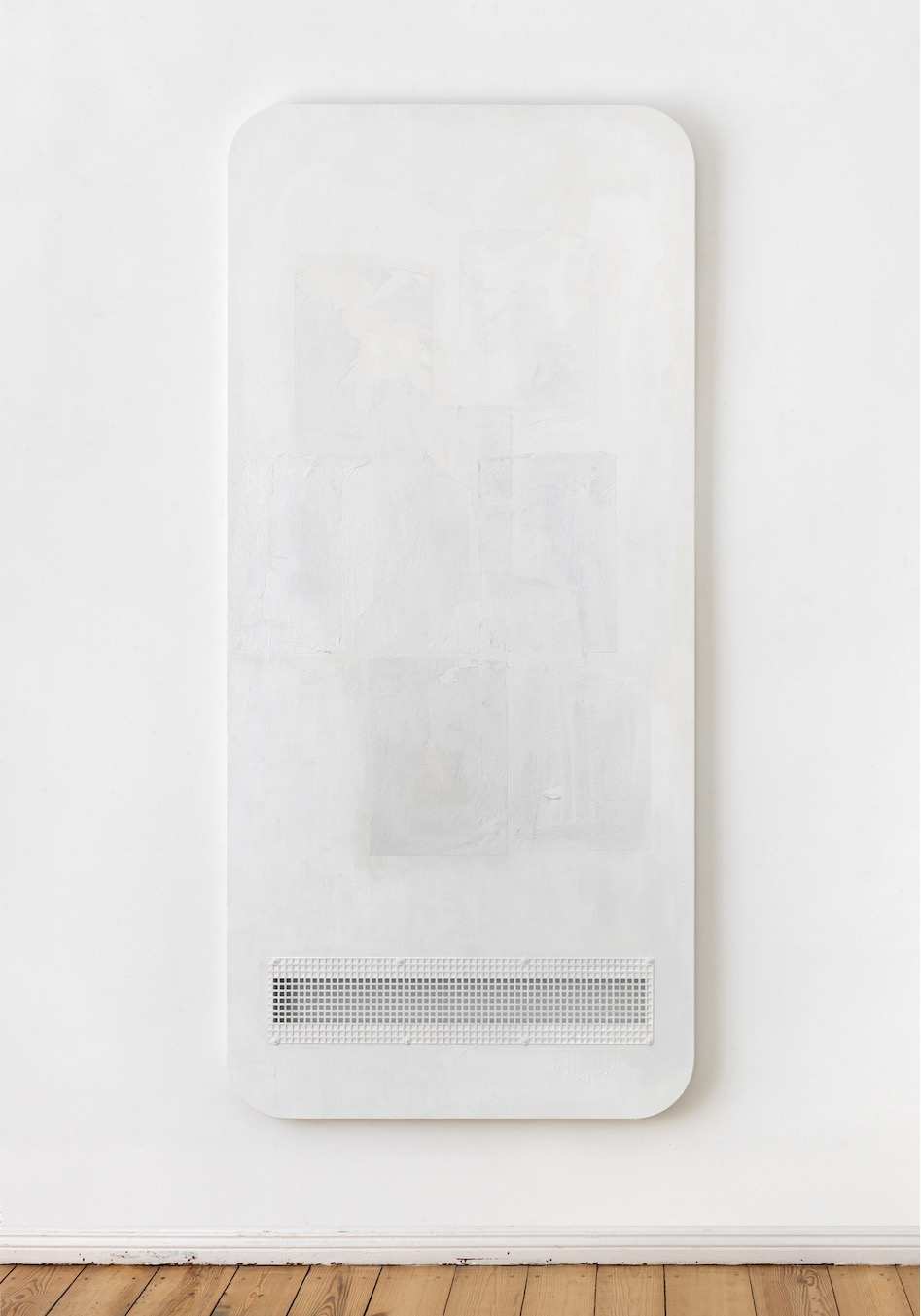 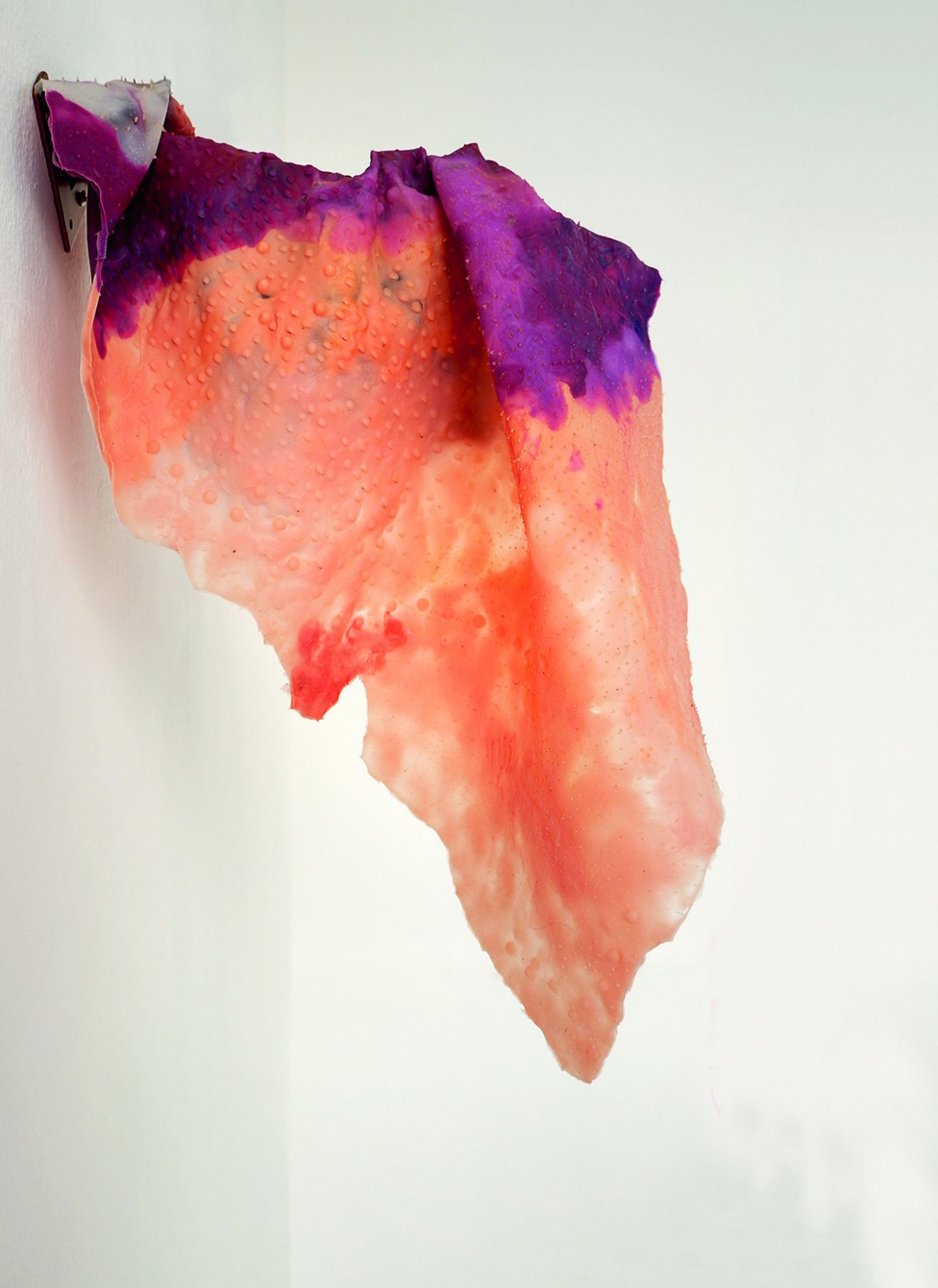 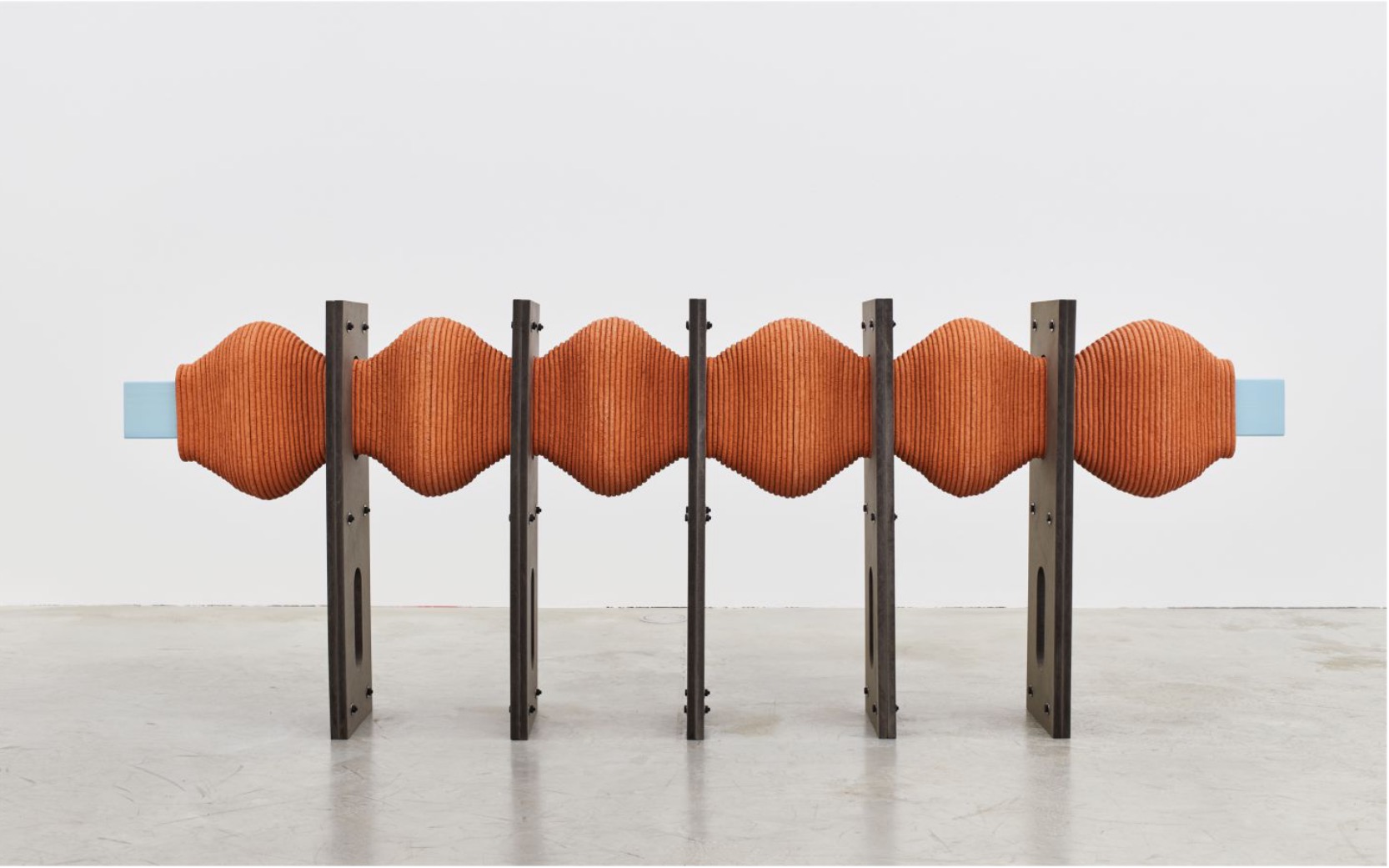 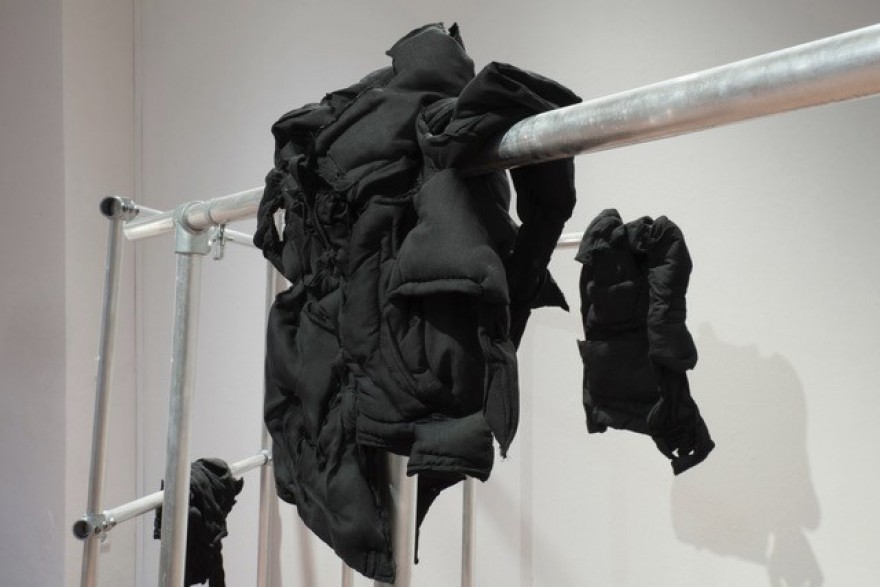 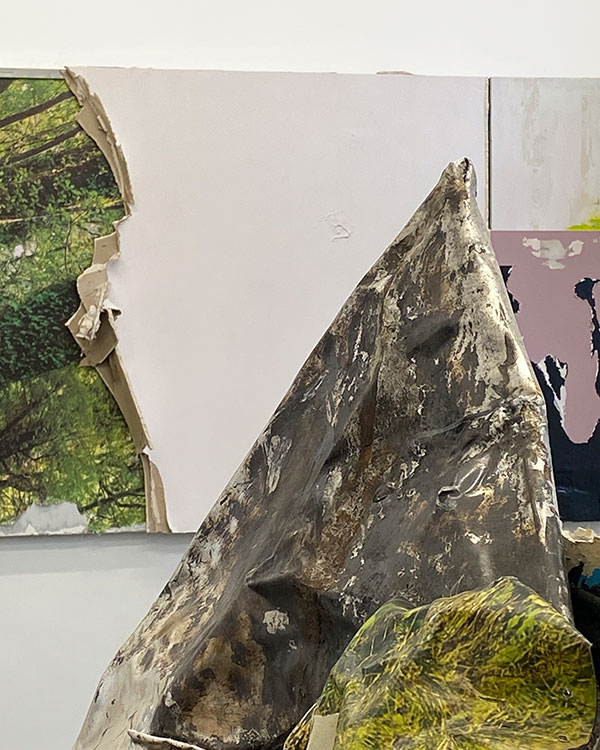 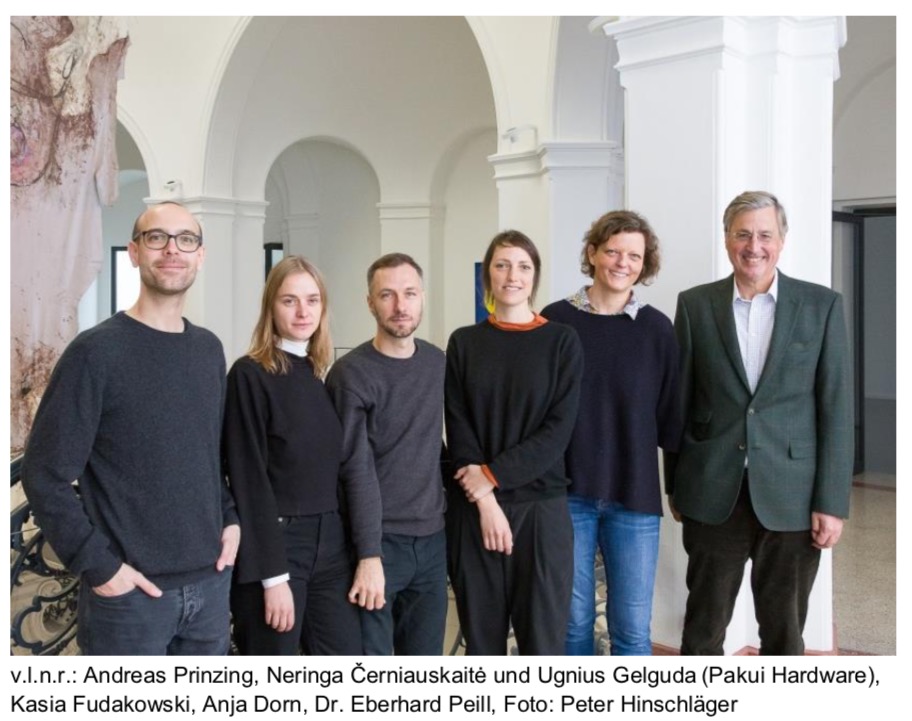 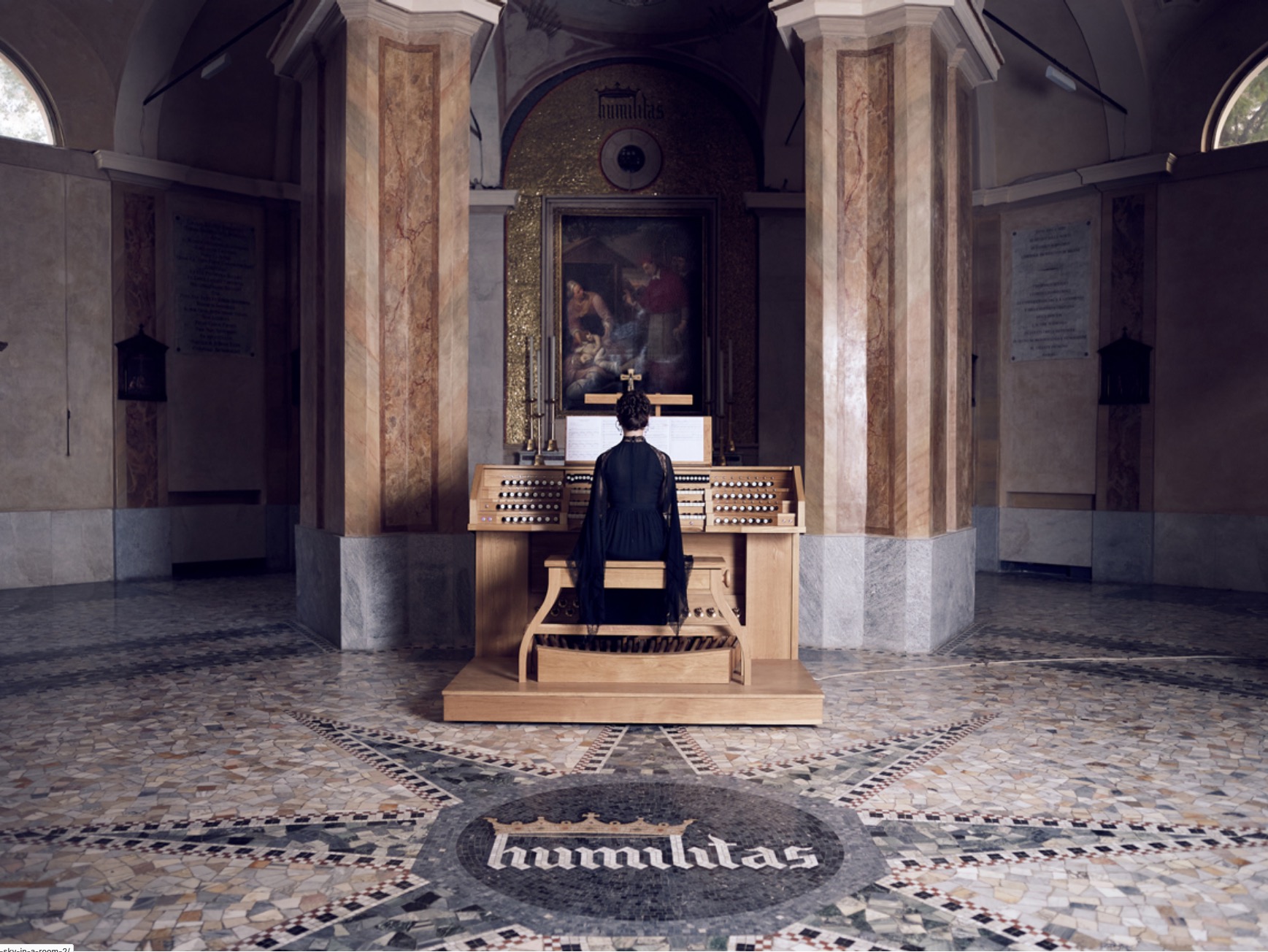 RAGNAR KJARTANSSON - The Sky in a Room 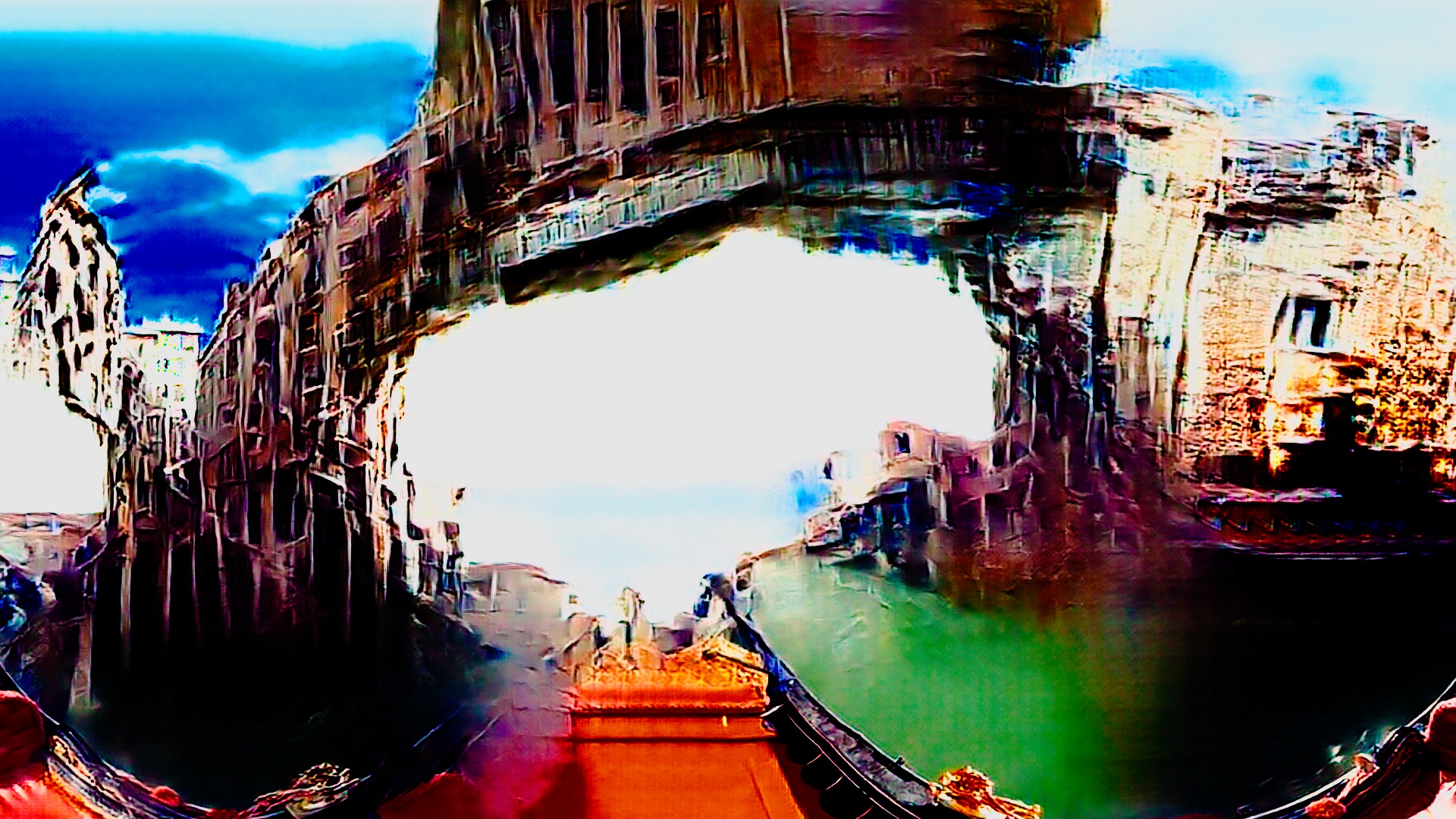 Hito Steyerl. I Will Survive 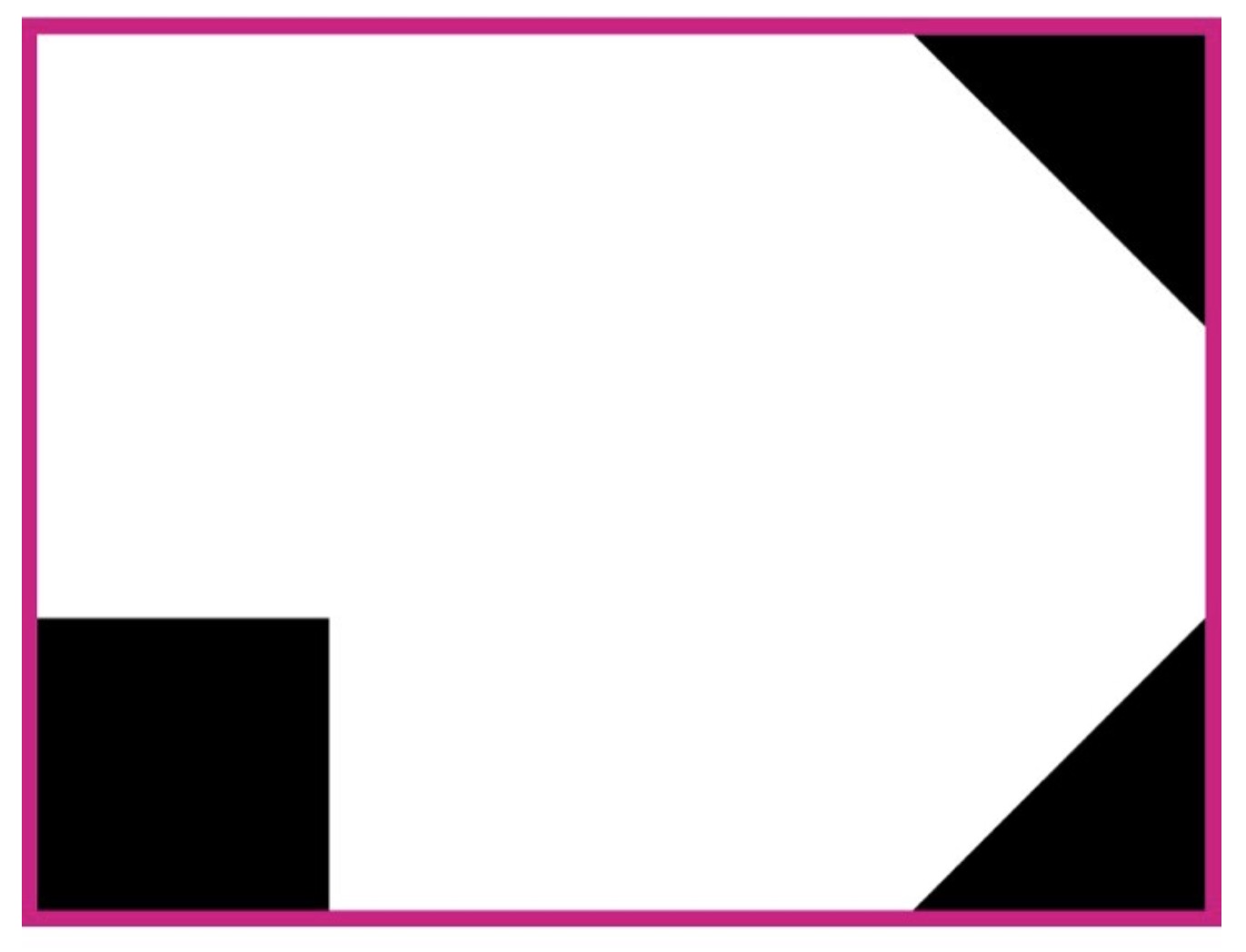 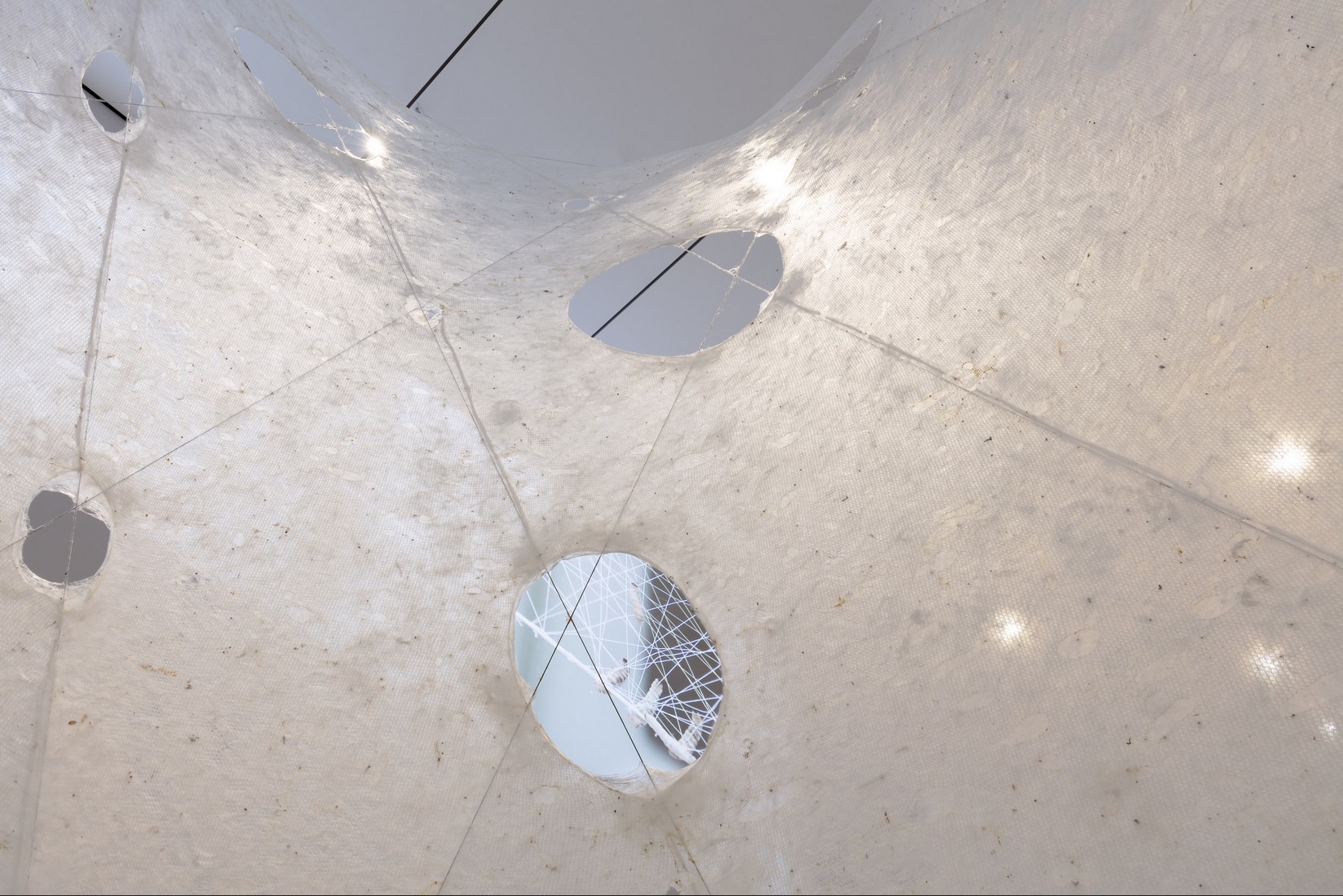 **Through Oct 18** This exhibition is a part of Virtual Views. Neri Oxman. Material Ecology (22.02.2020 - 25.05.2020) From tree bark and crustaceans’ shells to silkworms and human breath, nature has influenced Neri Oxman’s design and production processes, just as it has influenced architects across centuries. Unlike her predecessors, however, throughout her 20-year career Oxman has developed not only new ways of thinking about materials, objects, buildings, and construction processes, but also new frameworks for interdisciplinary—and even interspecies—collaborations. As a professor of media arts and sciences at the Massachusetts Institute of Technology’s Media Lab, she founded and directs the Mediated Matter Group. She coined the term “material ecology” to describe techniques and objects that are informed by and directly engage with the structures, systems, and aesthetics of nature. Integrating advanced 3-D printing techniques with in-depth research of natural phenomena and behaviors, material ecology operates at the intersection of biology, engineering, materials science, and computer science. While individually these works are beautiful and revolutionary, taken as a group they constitute a new philosophy of designing, making—and even unmaking—the world around us. The eight projects in this exhibition are “demos” for a library of materials and processes that might someday be available to all architects and designers. The objects and structures are all designed as if grown—with no assembly required. Together, they celebrate a new age in which biology, architecture, engineering, and design join forces to build the future. Organized by Paola Antonelli, Senior Curator, Department of Architecture and Design, and Director, Research and Development; and Anna Burckhardt, Curatorial Assistant, Department of Architecture and Design. 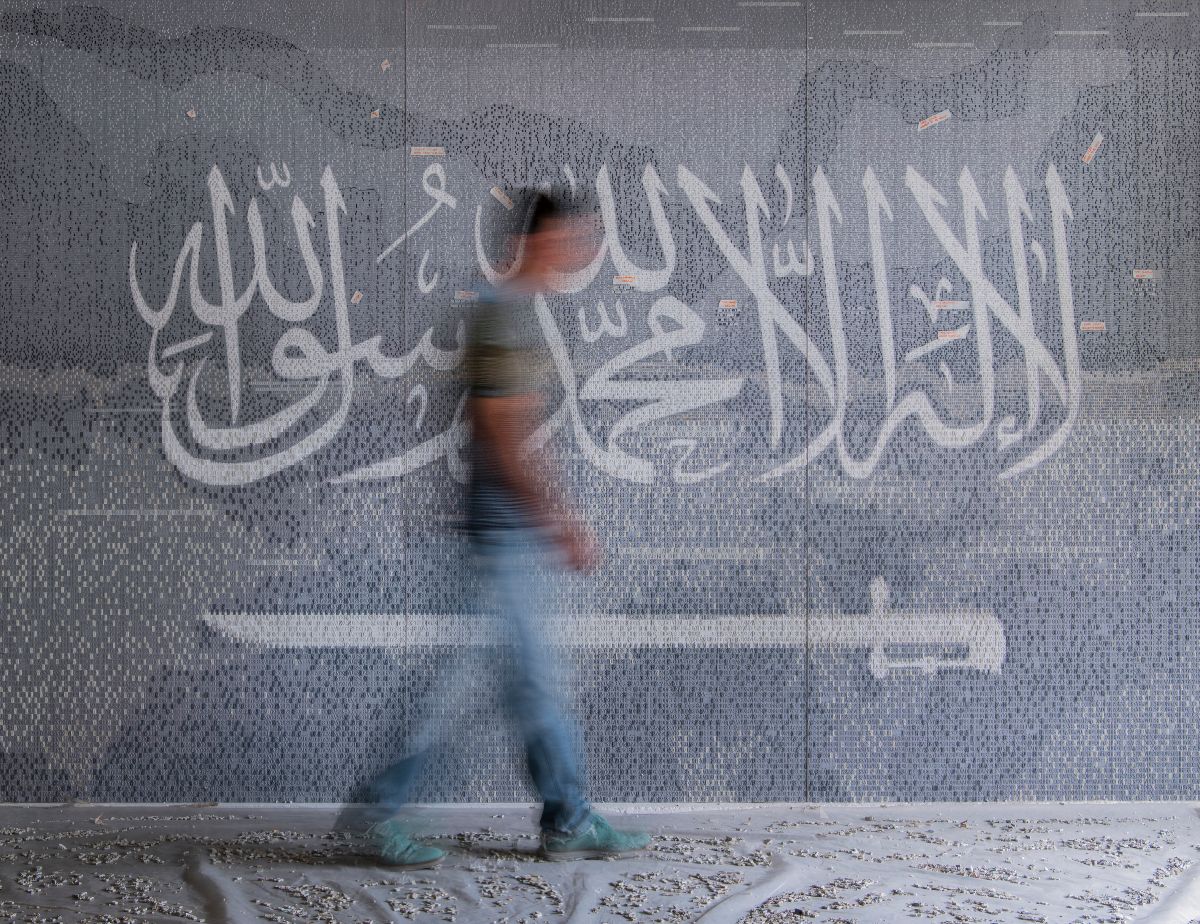 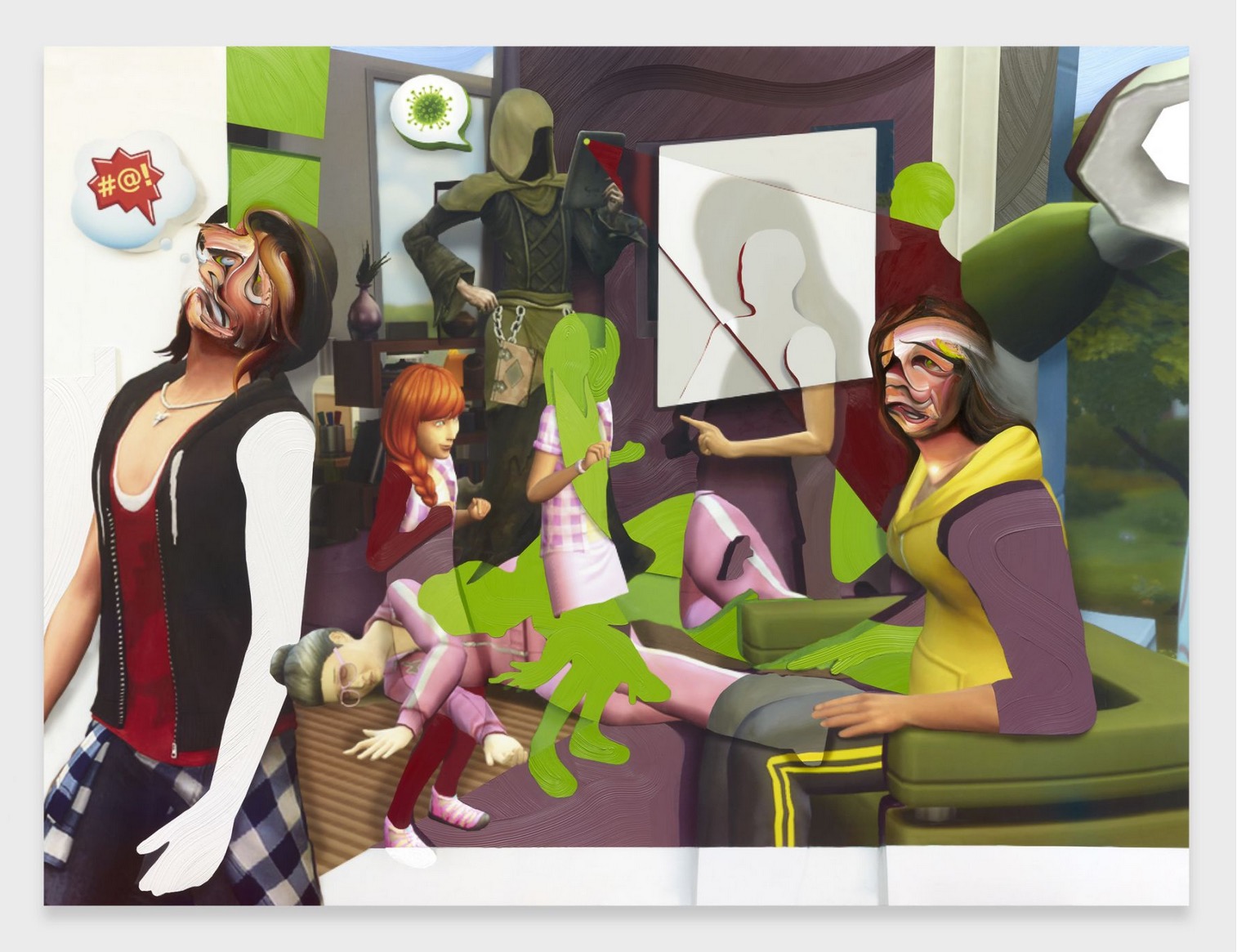 venue: 456 W 18th Street Pieter Schoolwerth. Shifted Sims September 3 – October 31, 2020 The hidden cost of 21st-century convenience is that you are stalked by a muzzy dread, a feeling that everything you do inflicts some distant unseen harm. The extraordinary events of 2020 sharpen focus on the disastrous and racialized consequences of this estrangement. In Shifted Sims, his first solo exhibition at Petzel Gallery in New York, Schoolwerth gives form to the condition of being “remote” and retreating into masks—from the N95 to the quarantine selfie. What’s more, he pressures painting to catch up to the surge of online profiles, identities without bodies, that teem at the surface of this “once-removed” existence. Schoolwerth’s psychoactive tableaus depict CGI avatars let loose in the digital froth: a Baywatch-y beach, a fashion-brand showroom, a furry orgy. He pulls these scenes from screenshots of The Sims 4, the strategic life-simulation computer game where anything goes—or does it? Trailing every avatar is an estranged silhouetted double, snapped into existence by the “shift” of Shifted Sims. Each composition has been superimposed, askew, over the photograph of a handmade 3D relief sculpture of the image. What appears is a shadow realm of vestigial matter, yanked into view on inkjet-printed canvases and parceled in paint. It is a taut braid of formal practice and allegory, one that questions painting’s viability in the age of the internet. In the 2019 monograph Model as Painting, he delineates how these “forces of abstraction” conceal labor and infrastructure under a late-capitalist mirage of frictionless, disembodied connectivity. This schism plunges down to the scale of the individual, pitting avatar protagonist against human penumbra. Western painting tradition, with its claims to authenticity and representation, is pulled into this Thunderdome of online subject-formation. The works in Shifted Sims question expressionism’s historical claims to transcendent interiority. Schoolwerth renders the Sims’ faces with striking impasto marks that “expressionize the avatar,” humanizing these subjects through visibly manual, painterly gestures. But these subjective punctures of the digital network may be fleeting. Appearing on the canvas next to perfectly raked furrows of paint—Schoolwerth’s proxy for repressed physical infrastructure—expressionism becomes one style among many, attenuating its status as exalted painterly communiqué. You’re left with the dark thought that De Kooning’s Woman would make a pretty good Snapchat filter. Scrambling to address the malaise of social distance, a startup recently launched voice-controlled avatars for video meetings, a real-time Sim who wears pants so you don’t have to. Schoolwerth’s paintings of (often pants-less) avatars counter these riptides of isolation, approximating a shared affective experience of the present moment: the monumental, and the berserk. —Lucy Hunter * About Pieter Schoolwerth Pieter Schoolwerth was born in St. Louis, Missouri, in 1970. He lives and works in New York. Since graduating from the California Institute of the Arts in 1994, he has exhibited internationally with notable solo shows at Thread Waxing Space, Greene Naftali, American Fine Arts Co., and Miguel Abreu Gallery, New York; Gallery SKE, New Delhi, What Pipeline, Detroit, and Capitain Petzel, and Kraupa-Tuskany Zeidler, Berlin. His work has been included in group exhibitions at The Museum of Modern Art, New York, The Whitney Museum of American Art, New York, Centre Pompidou, Paris, The Aldrich Museum of Contemporary Art, Ridgefield, CT, the Institute of Contemporary Art, Boston, Sadie Coles, London, and 303 Gallery, Gavin Brown’s enterprise, and Petzel, New York. His work is in the permanent collection of the San Francisco Museum of Modern Art, the Museum of Contemporary Art, Los Angeles, The Pinault Collection, the Aïshti Foundation, Beirut, Galerie für Zeitgenössische Kunst, Leipzig, Denver Art Museum, and the Phoenix Art Museum. Curated by Kathleen Rahn, Schoolwerth’s first survey exhibition will open at the Kunstverein Hannover in November 2020. Model as Painting, a major monograph on his work, with essays by Molly Warnock and David Geers, was published in 2019 (New York: Sequence Press). From 2003 to 2013, Schoolwerth ran Wierd Records and the Wierd Party at Home Sweet Home on the LES of NYC. Wierd released music by 42 bands working in the genres of minimal electronics, coldwave, and noise, and produced over 500 live music, DJ, and performance art events internationally (www.wierdrecords.com). Petzel Gallery is located at 456 West 18th Street New York, NY 10011. Gallery hours are Tuesday through Friday from 10:00 AM–6:00 PM. For press inquires, please contact Ricky Lee at ricky@petzel.com, or call (212) 680-9467. 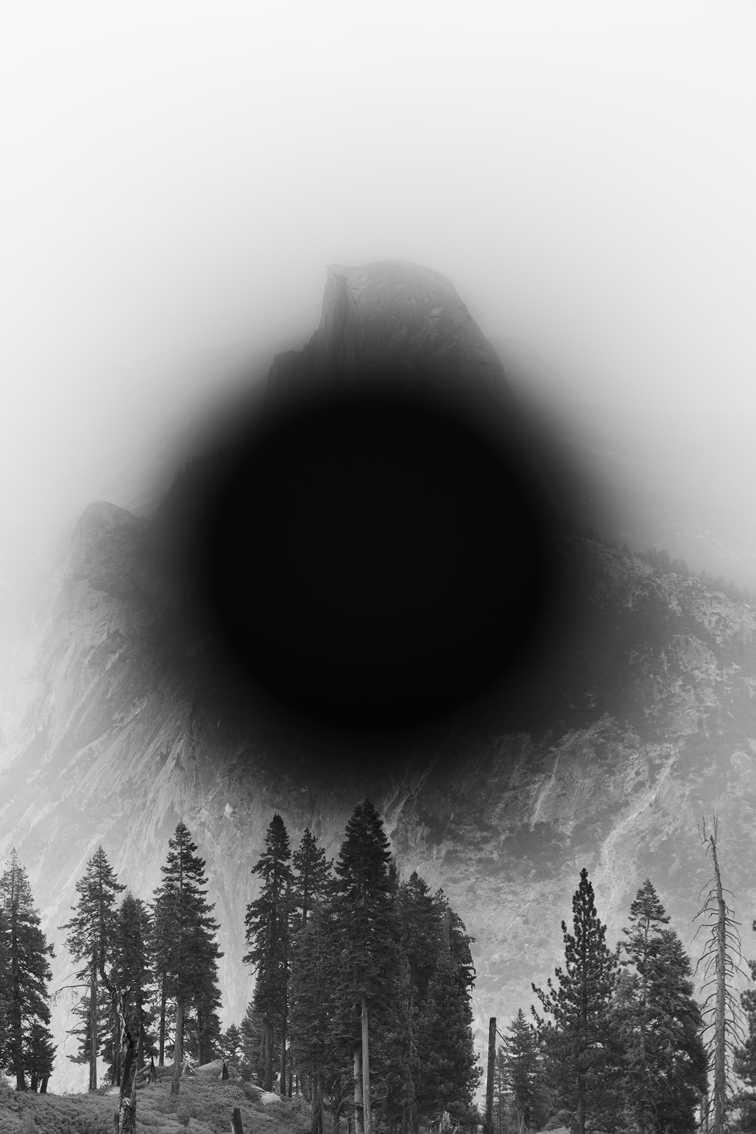 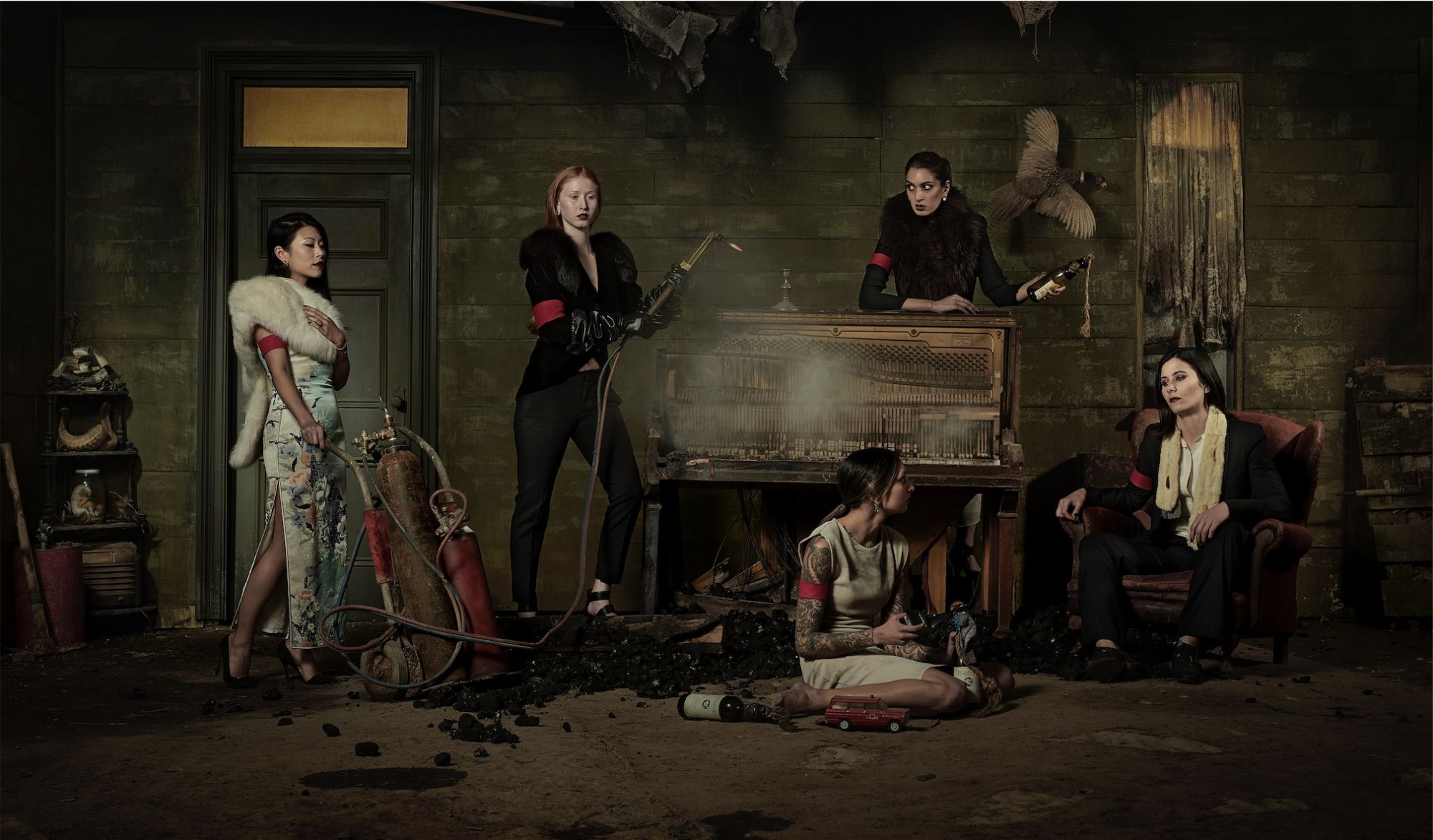 **Season 2020 | 3 October - 14 November** Heather Straka Teamwork Formidable Women Making Mayhem in Merivale Blazing from the front of Mod's Hair Merivale is a team of formidable women. Image: Heather Straka Teamwork (part II) 2019 A selection of confronting images from artist Heather Strake’s series, Dissected Parlour, have caused quite a stir since their installation at Mod’s Hair on Aikmans Rd, Merivale, last Sunday. The photographic artworks are, to say the least, arresting. Taken with impeccably controlled light and fine detail, these evocative pieces are open to a number of interpretations. Front of house are five svelte multi-racial femmes (posing awkwardly, as if in a fashion shoot, clutching Molotov cocktails and oxy-acetylene cutting torches). They are about to make mayhem. Inside a further selection of images Straka has created await. They look like magazine illustrations: art historic radical chic. Always unafraid to confront racist and sexist stereotypes, Straka’s caustic gaze is skewering and illuminating her subject matter right in the heart of Merivale and it’s exciting.  Responsible for this feast of contemporary art in its unlikely location is Julianne Liebeck, director of Mod's Hair Australia and New Zealand. After seeing the Straka show at the Jonathan Smart Gallery with her friend Deborah McCormick, Executive Director of SCAPE Public Art, Liebeck was thunderstruck. So much so that she wanted to share it. This triggered a collaboration between SCAPE, Jonathan Smart Gallery Christchurch, and Pegasus Bay Wines (whose varietals are pictured in some of the images). “I wanted to do something edgy and fresh, something for our customers to savour. It needed to fit with our clients; confident, unafraid and comfortable with the provocative” says Liebeck who is a connector of people and causes. Her own formidable entrepreneurial spirit is being fostered to bring about social change for her work with World Vision.      About the Artist  Heather Straka’s deep explorations into perceptions of socio-political and cultural lives have created a significant body of compelling and controversial work in painting and photography. Always prescient, the wittily observant Straka surfs the cultural pulse of contentious matters, deftly questioning tradition, challenging the politically correct, and subverting stereotypes.  Graduating with a BFA in Sculpture from the University of Auckland’s Elam School of Fine Arts in 1994, Straka honed an acute attention to detail later carried through to her painting practice, developed over several years spent in France. Straka returned to New Zealand to her first exhibition of paintings in 1998, later graduating with a MFA in Film from Canterbury University’s Ilam School of Fine Arts in 2000. Since then Straka has been awarded several scholarships and residencies: in 2002 she was presented the Pierce Low Award for Excellence in Painting from the Royal Overseas League, London; was awarded New Zealand’s esteemed Frances Hodgkins Fellowship in 2008; and the William Hodges Fellowship in 2011. Her work is held in all New Zealand’s major public collections. 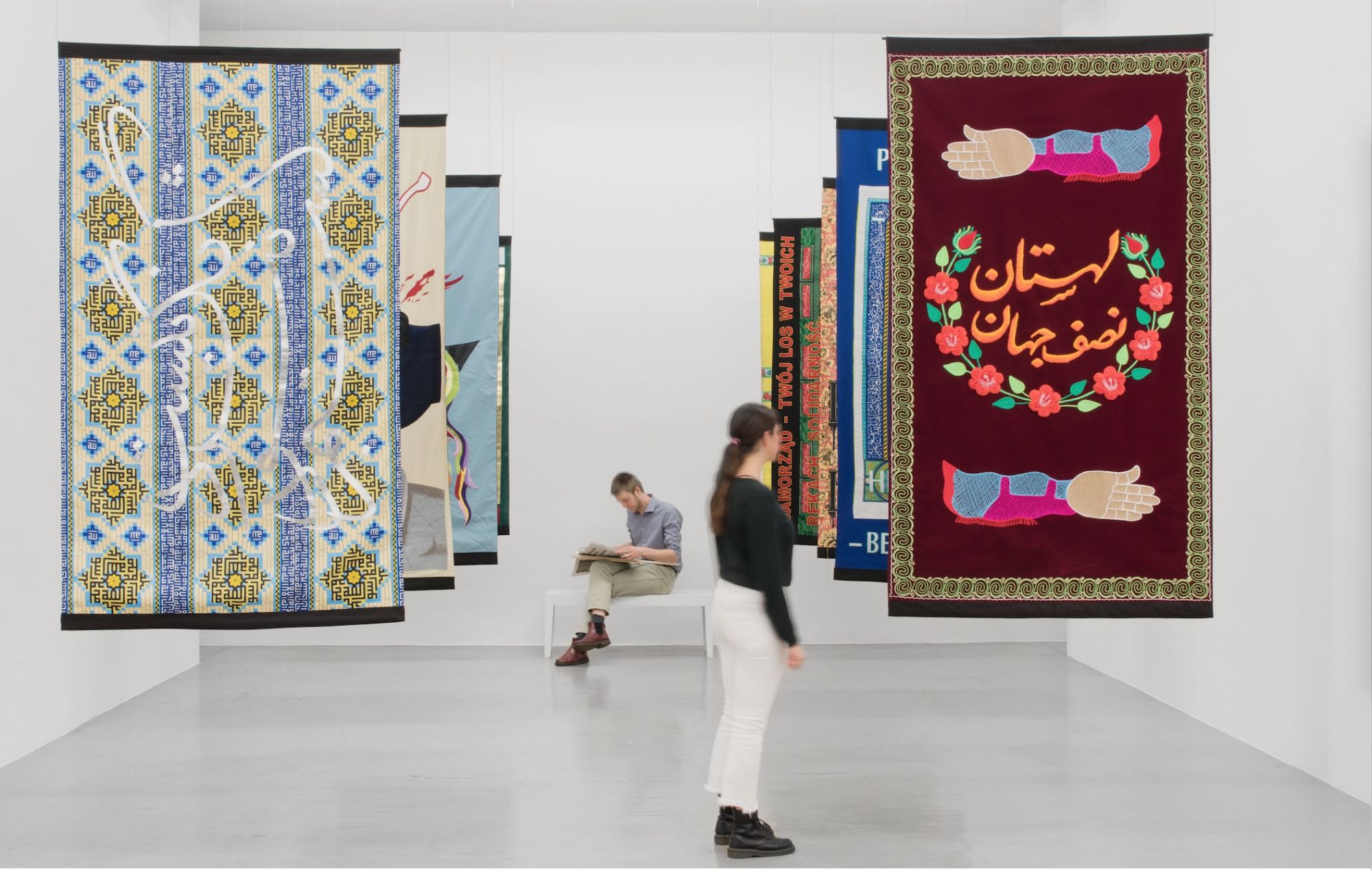 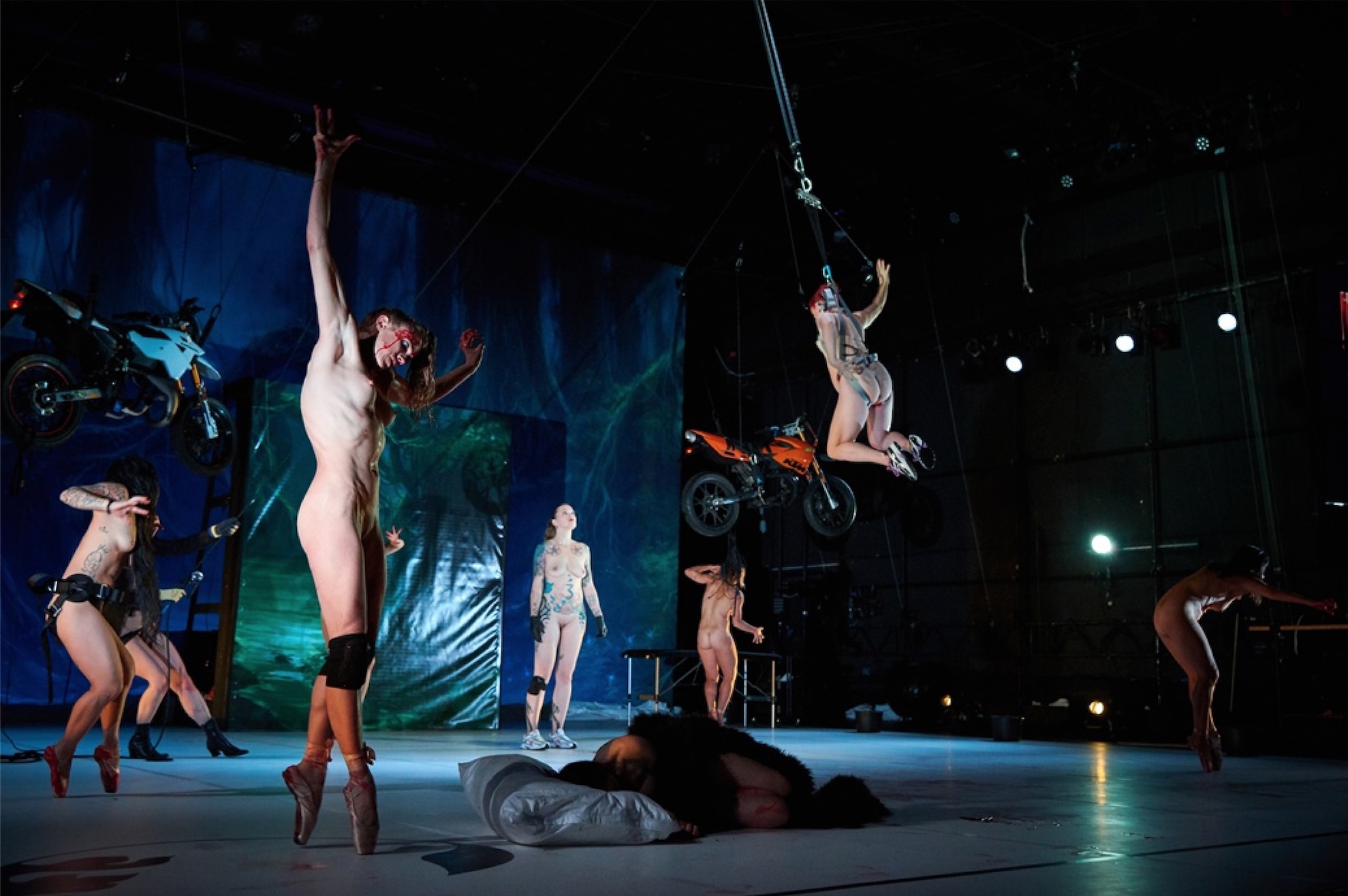