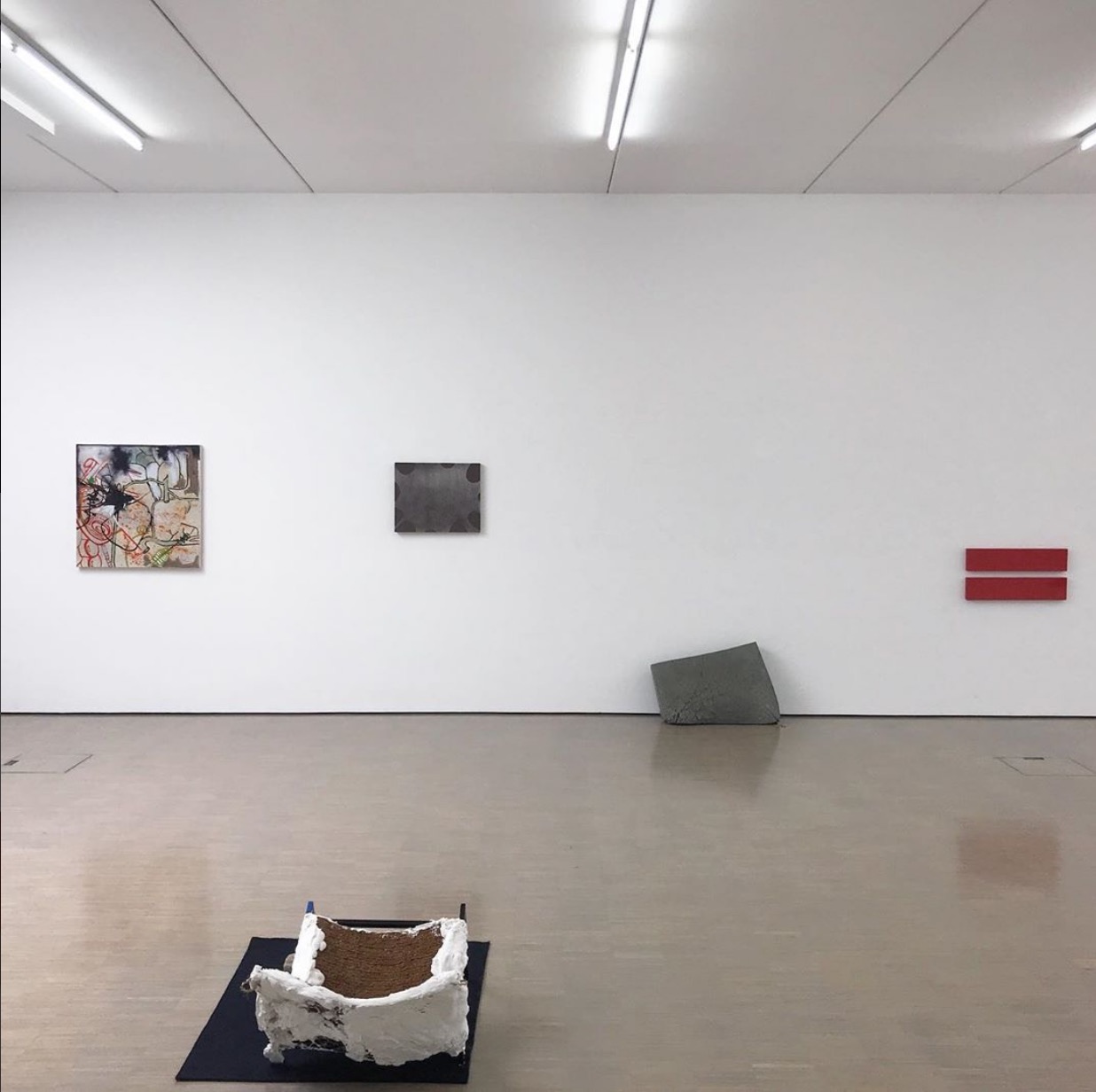 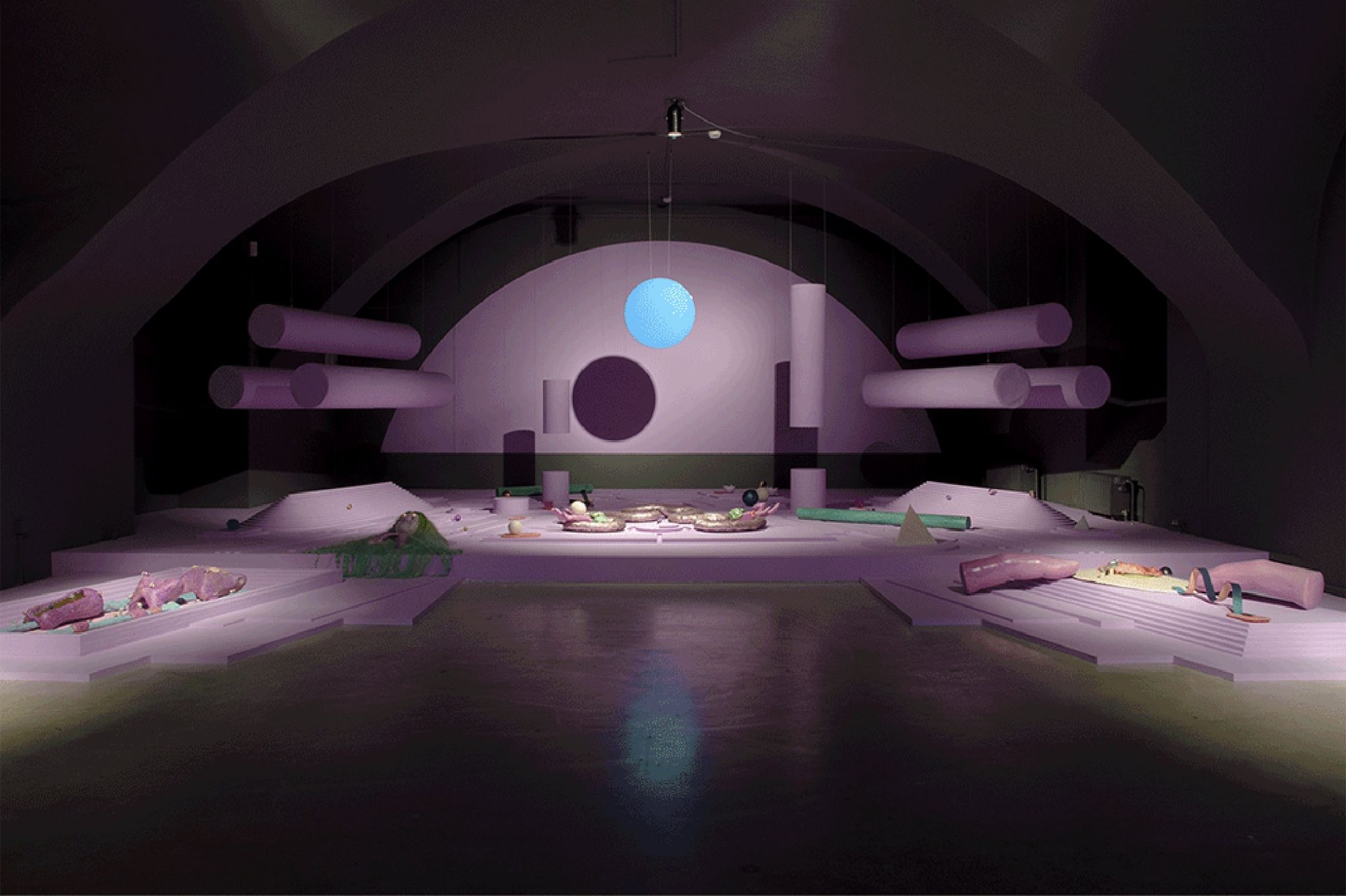 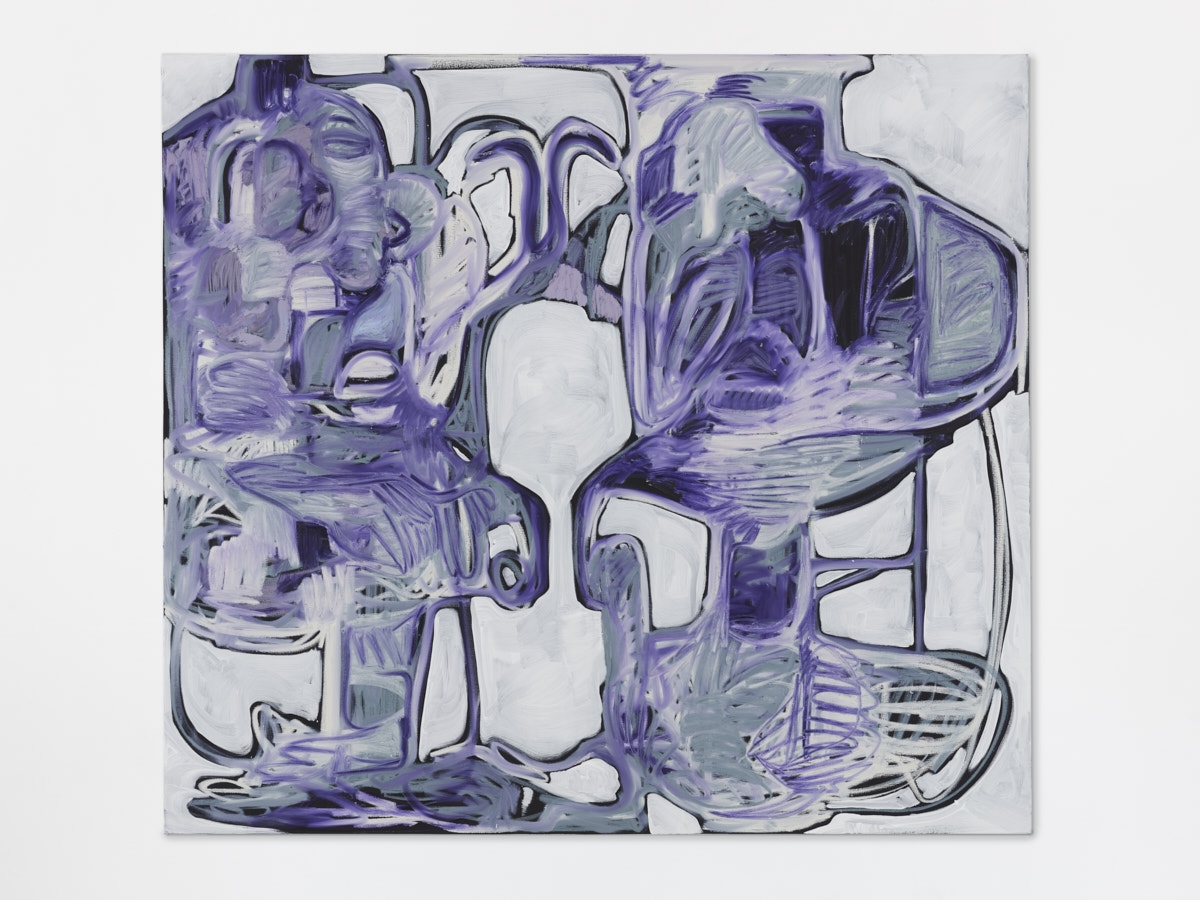 Melike Kara - where we meet

Melike Kara - where we meet 04.06.2020 – 22.08.2020 Opening days : June 4 – 6 Jan Kaps is pleased to present Melike Kara’s new exhibition where we meet. Born to a Kurdish-Alevi family, Kara shows how notions of “home” transcend national borders, how identity becomes hybrid, between home and homeland. Does one feel at home where one lives? Or is home what is transmitted to you through stories and histories from older generations? Kara’s new works find traces of the past in the present as they unpack the bags of the previously migrated. Which story, poem, song did they carry with them on their journey? How is a heritage kept alive far from its natural place of origin? This exhibition is an exercise in following roots, an investigation of the processes of recollecting. It is an extension of what happens when we look at old photographs, keep rituals alive, and ask ourselves what remnants of a former life mean to us today. Can we grasp the exact experiences of generations that came before us? And if so, what meaning holds a precise recovery of their past in our present given that we all are exposed to constant change? Melike Kara presents a new series of paintings that blur the lines between lived stories and myths, between what is, what was and what can be. The paintings are inspired by historical motives like tapestry patterns, which Kara weaves together into their transition to the here and now. Suggestive of traditional tapestry art itself, in which all the warp threads are hidden in the completed work and where weft yarns are typically discontinuous, Kara’s new series visualizes firm bonds between otherwise fading roots, as well as the dissolution and recovery of memory. With a variety of interventions such as wallpapers, photography, and installations, Melike Kara exhibits silent observations of people who, even though losing their land, have kept their heritage alive from generation to generation through oral renditions in the diaspora. Despite the history of the Kurds being one of wars, oppression, persecution, displacement and genocide, Kara’s exhibition sheds light on the mostly neglected and hidden beauties in Kurdish history. Moving beyond her own family’s experience of the Kurdish plight, the artist brings together artefacts that have survived amid all the tornness and dedicates the exhibition to the myriad ways the uprooted preserve their roots. By recreating the pilgrimage site of the Alevis in Dersim or the mythological figure of the serpentine woman, who is considered the protector of wisdom and history, Melike Kara’s works become a space where the present meets the past, where the spirit and magic of a lost land is transported and revived in the here and now, where we meet. Imprinted by her own family history and the recurrence of contemporary waves of migration, Melike Kara’s exhibition is a homage to collective memories that we carry with us wherever we go and however uprooted we may seem. Rosa Burç 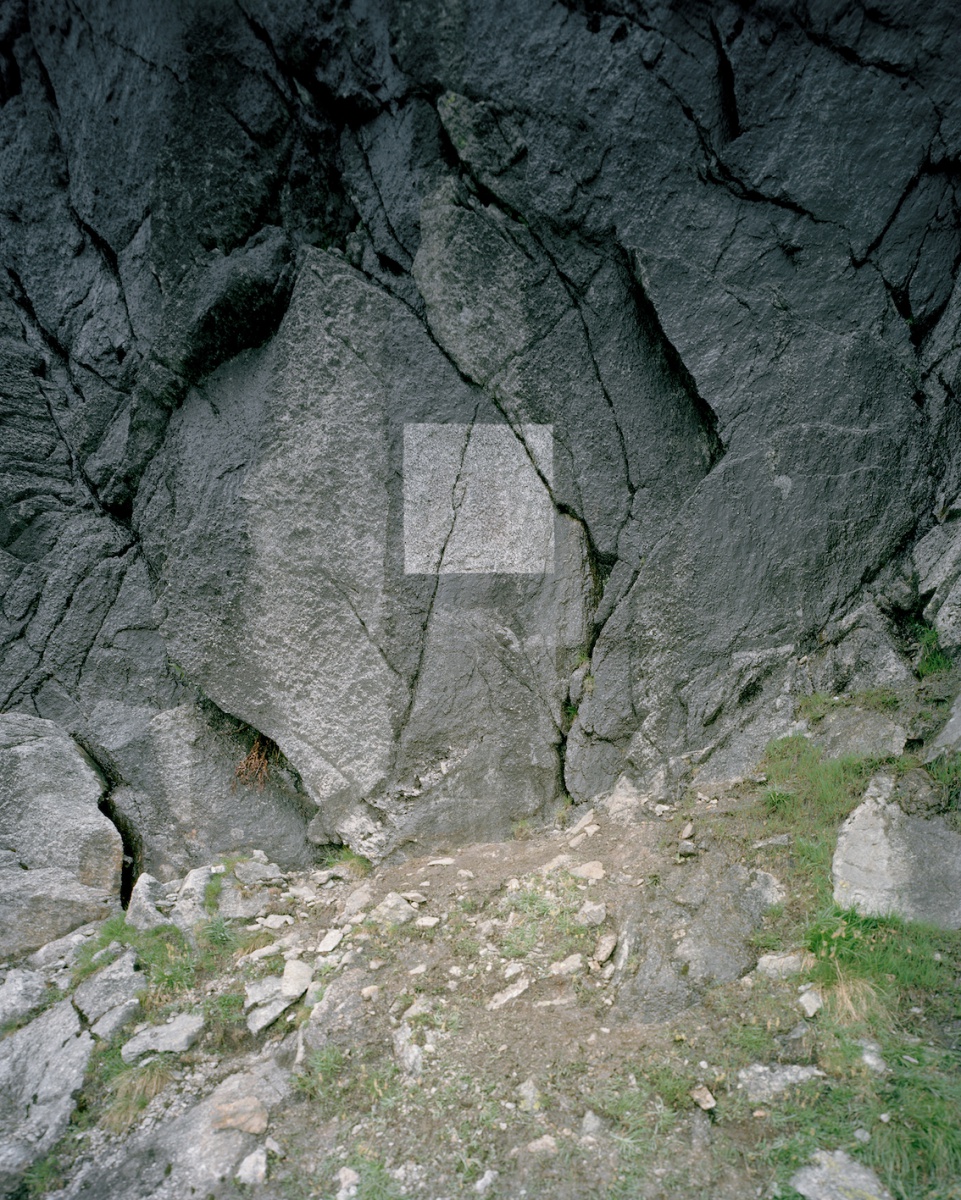 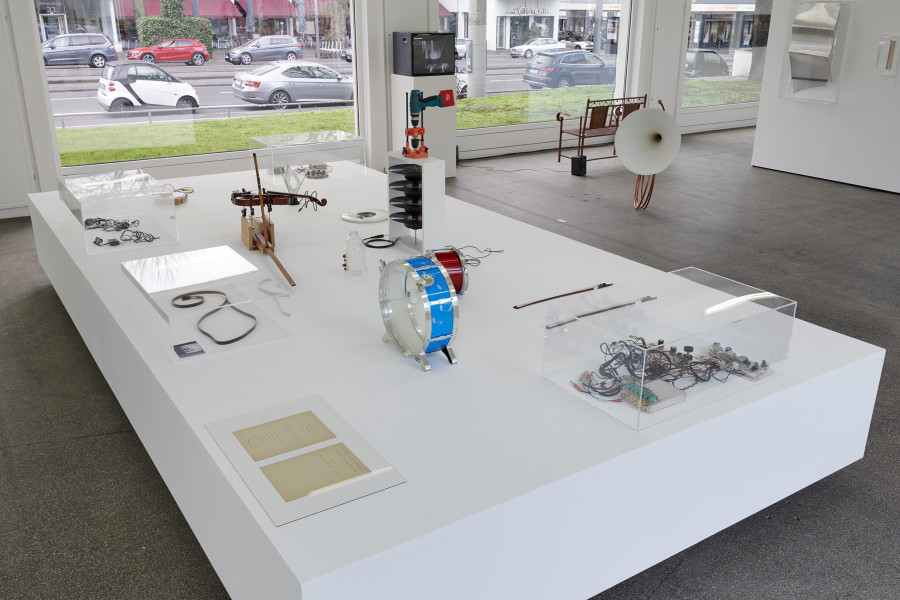 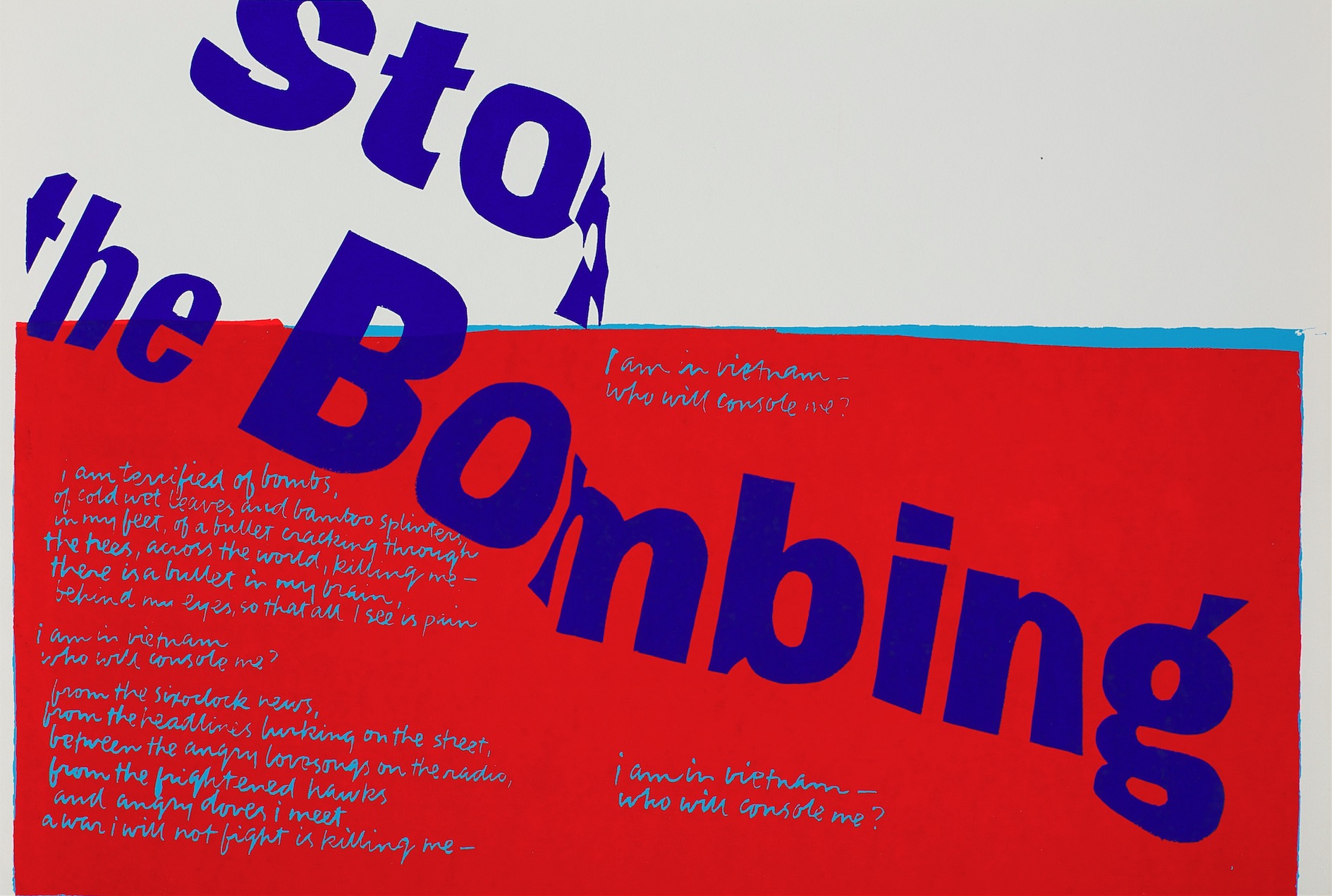 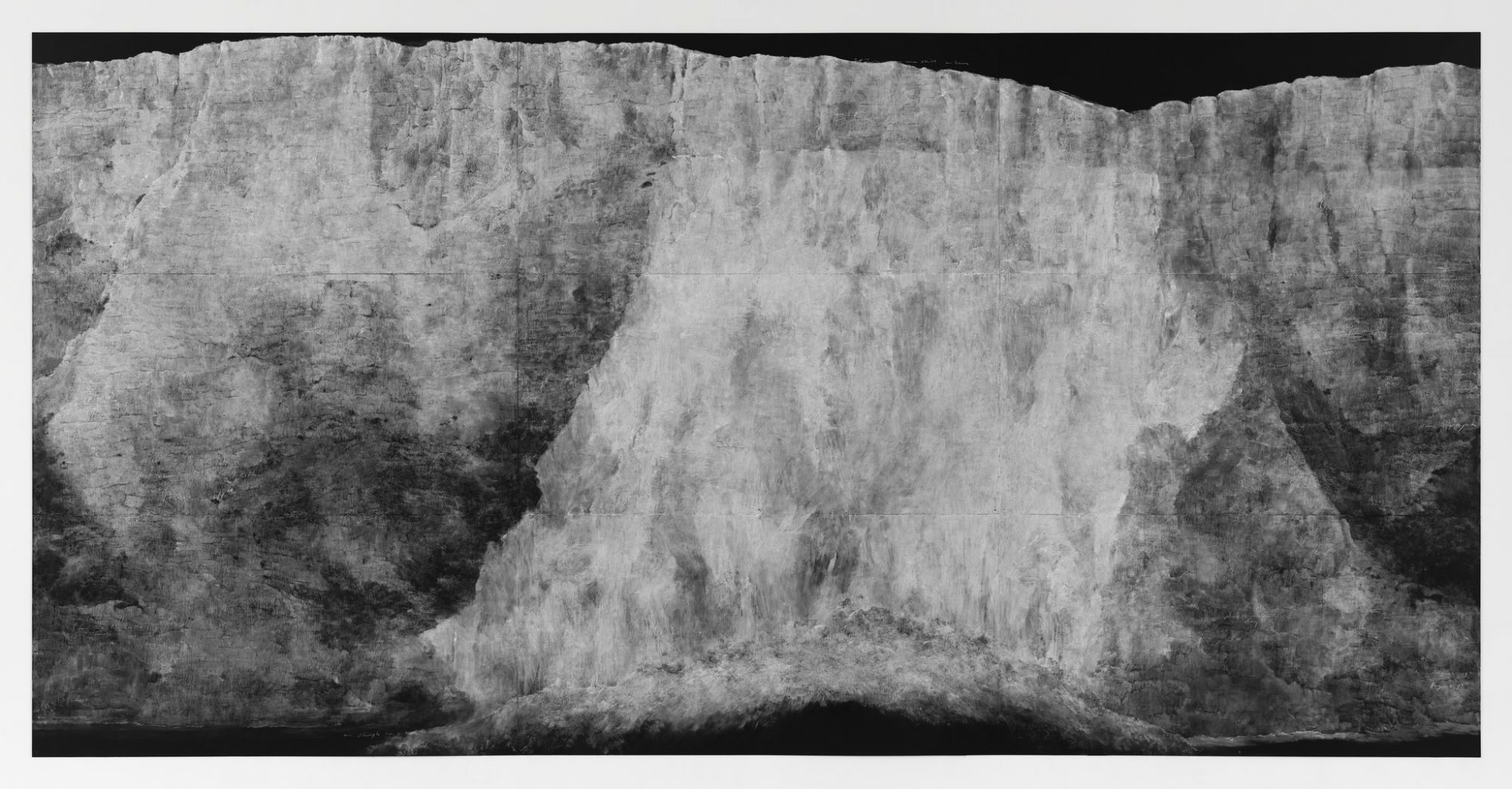 **02.06.2020 - 02.08.2020** Tacita Dean (February 26–May 3, 2020) The main exhibition this spring at EMMA showcases key works from the career of Tacita Dean, one of the internationally most prestigious contemporary artists of today. Some of the works in Dean’s first-ever solo exhibition in Finland receive their debut at EMMA, including Dean’s latest film, A Cloud makes itself. The show will be open from February 26 to May 3, 2020. Tacita Dean (b. 1965) is one of the most highly acclaimed contemporary artists of our day. She is known best for films shot on 16mm and 35mm and her work for the preservation of analogue film. She also creates large, spatially engaging chalkboard drawings as well as works on slate, photographs, print images and works made with found materials. The exhibition, curated by EMMA director Pilvi Kalhama, borrows from Dean’s existing body of work, in addition to which the artist has created several new pieces for this show. The show features recent key works in which Dean explores portraiture, painting, the ephemerality of natural events and the layers of time. Dean, a champion of slowness and concentration, draws attention to details and encourages us to stop and observe the world. The exhibition rewards the viewer who is prepared to give time to the works. The exhibition includes seven films, the latest of which, A Cloud makes itself, receives its premiere at EMMA. The works featured in the exhibition include Dean’s ambitious chalkboard drawing Chalk Fall (2018), her recent series of 80 monoprints on found postcards, Pantone Pairs (2019), displayed for the first time at EMMA and two works from the Saastamoinen Foundation ́s art collection, Quatemary and A Book End of Time. ”It is a great pleasure to be showing for the first time in Finland and always exciting to have the opportunity to show new works as well as to revisit older ones.” Tacita Dean Tacita Dean describes herself as a British European artist and divides her time between Berlin and Los Angeles. She was nominated for the Turner Prize in 1998 and later was awarded the Hugo Boss Prize in 2006 and the Kurt Schwitters Prize in 2009. In 2018, three London museums, the National Gallery, the National Portrait Gallery and the Royal Academy of Arts presented an unprecedented collaboration that consisted of three distinct exhibitions by Tacita Dean, entitled LANDSCAPE, PORTRAIT, STILL LIFE. Dean’s designs for The Dante Project, a new ballet choreographed by Wayne McGregor and composed by Thomas Adès, will première in May at the Royal Opera House in London. 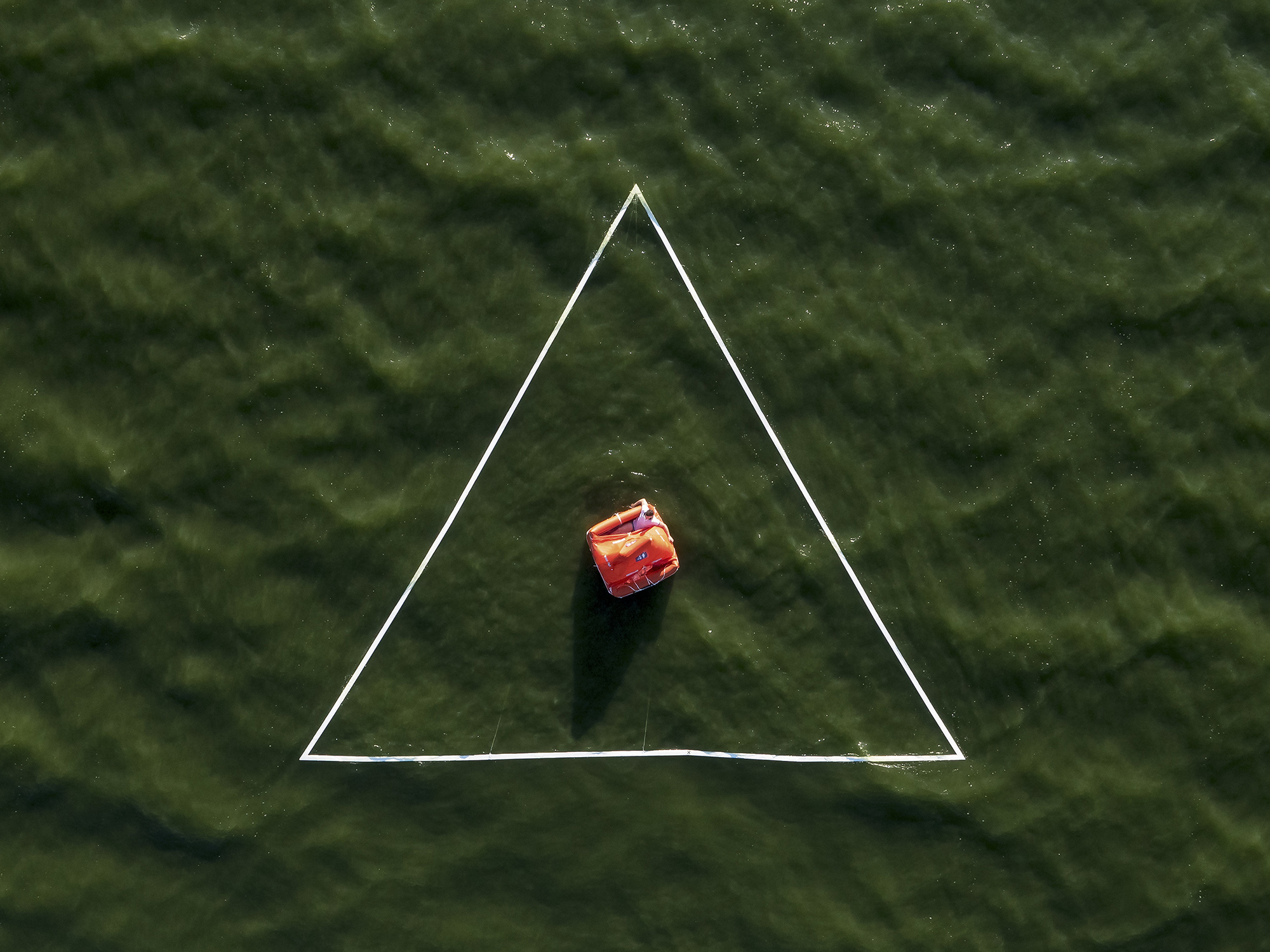 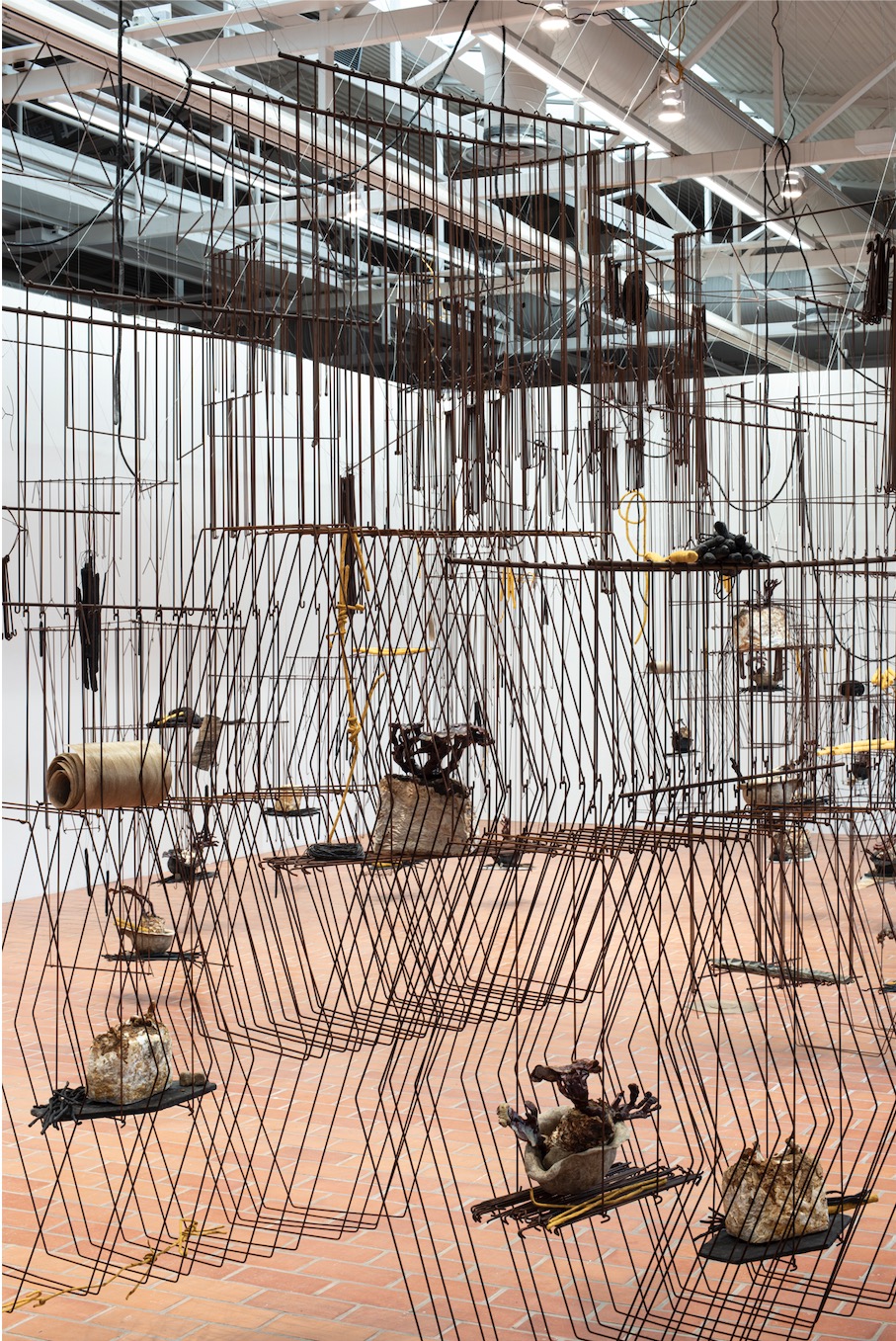 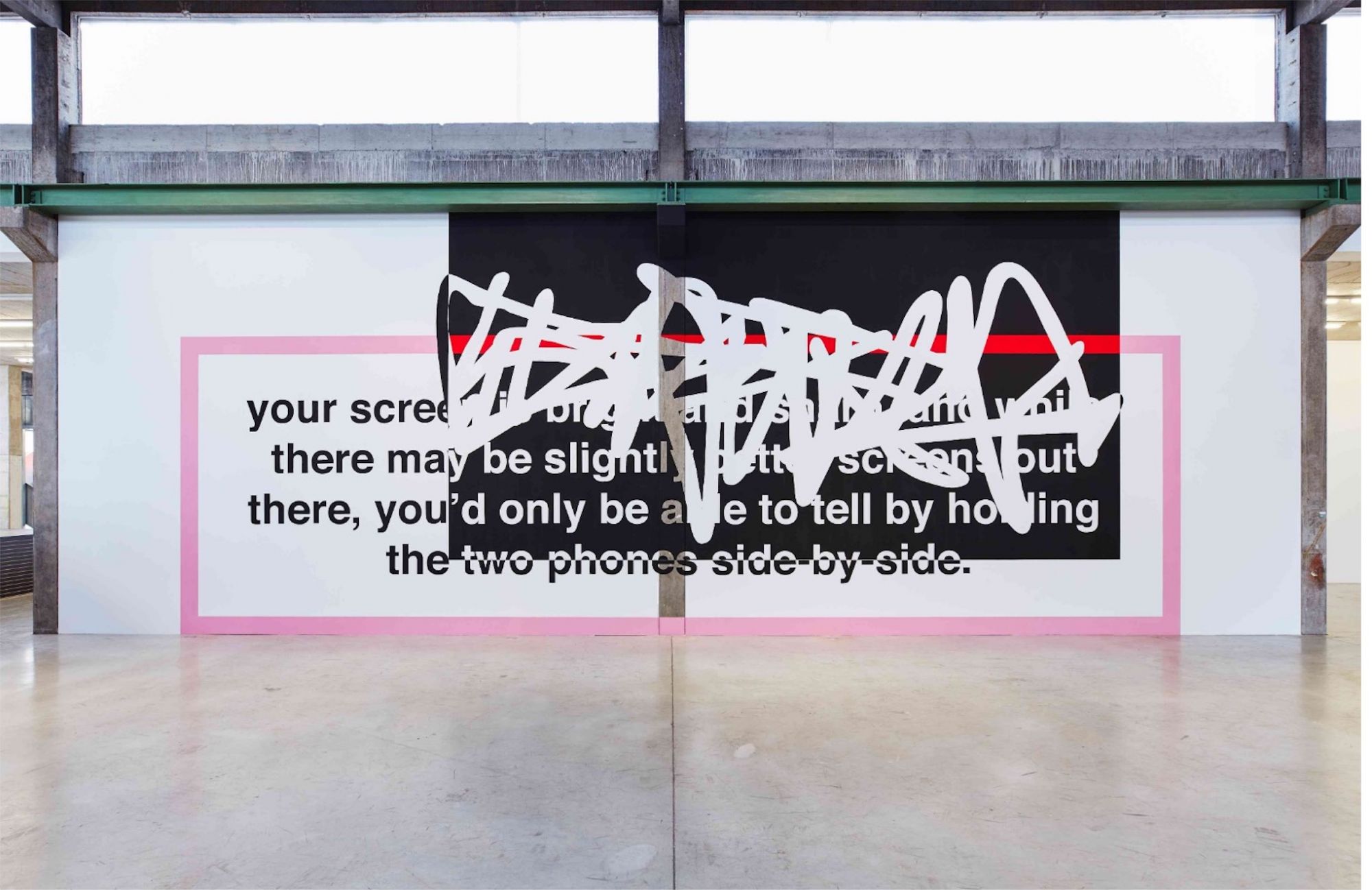 NORA TURATO - what do you make of this? did you make this up? 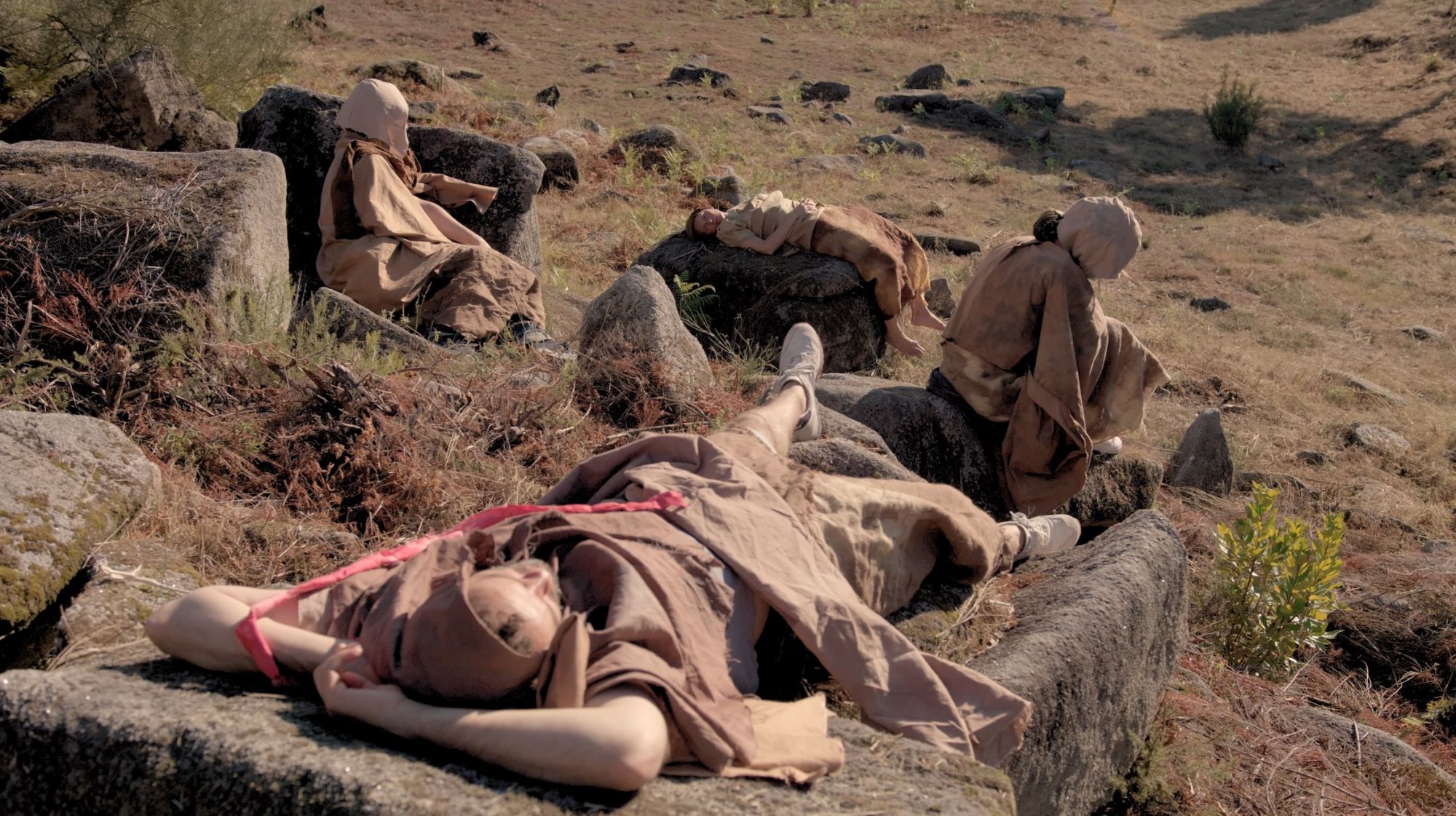 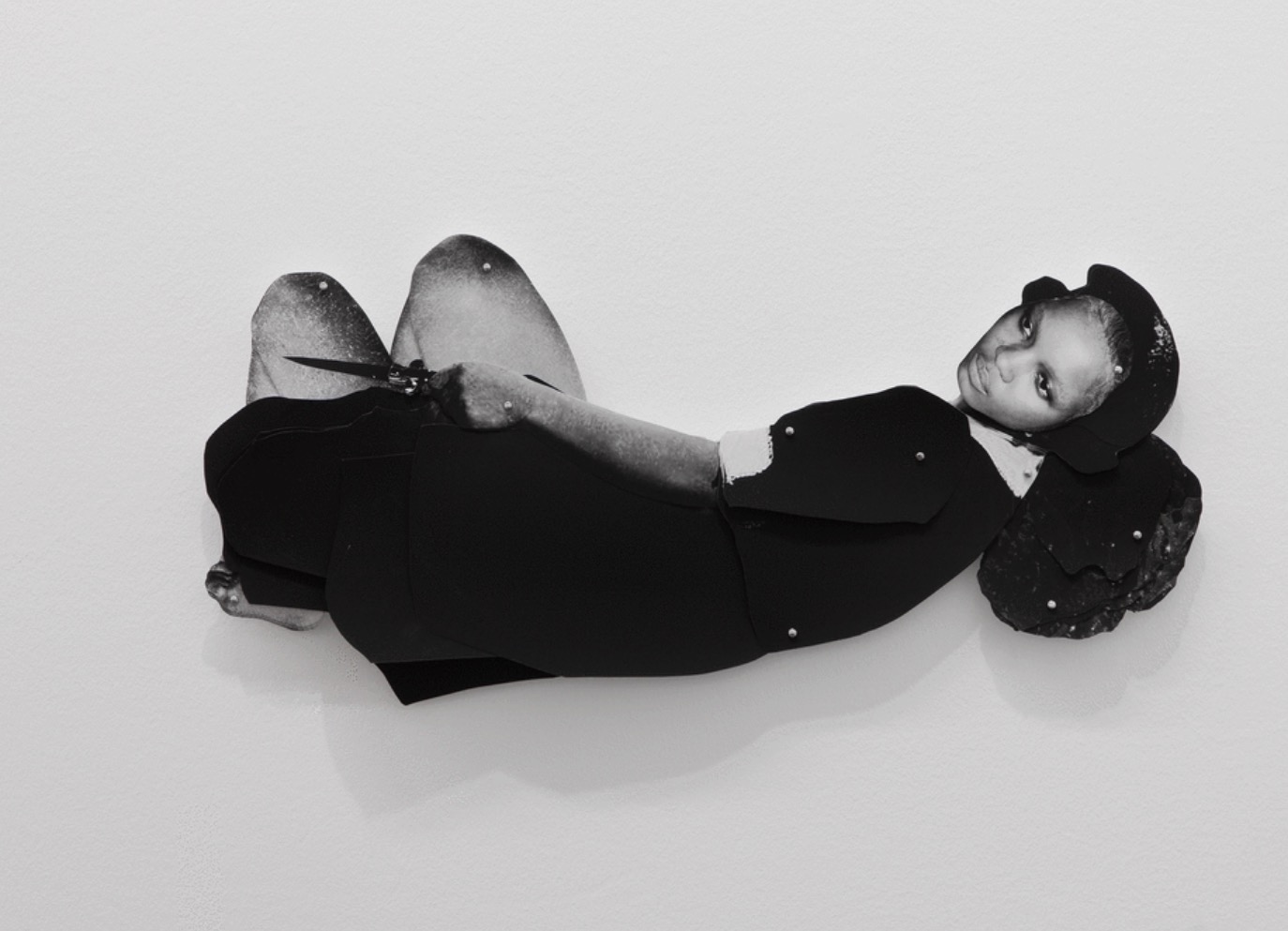 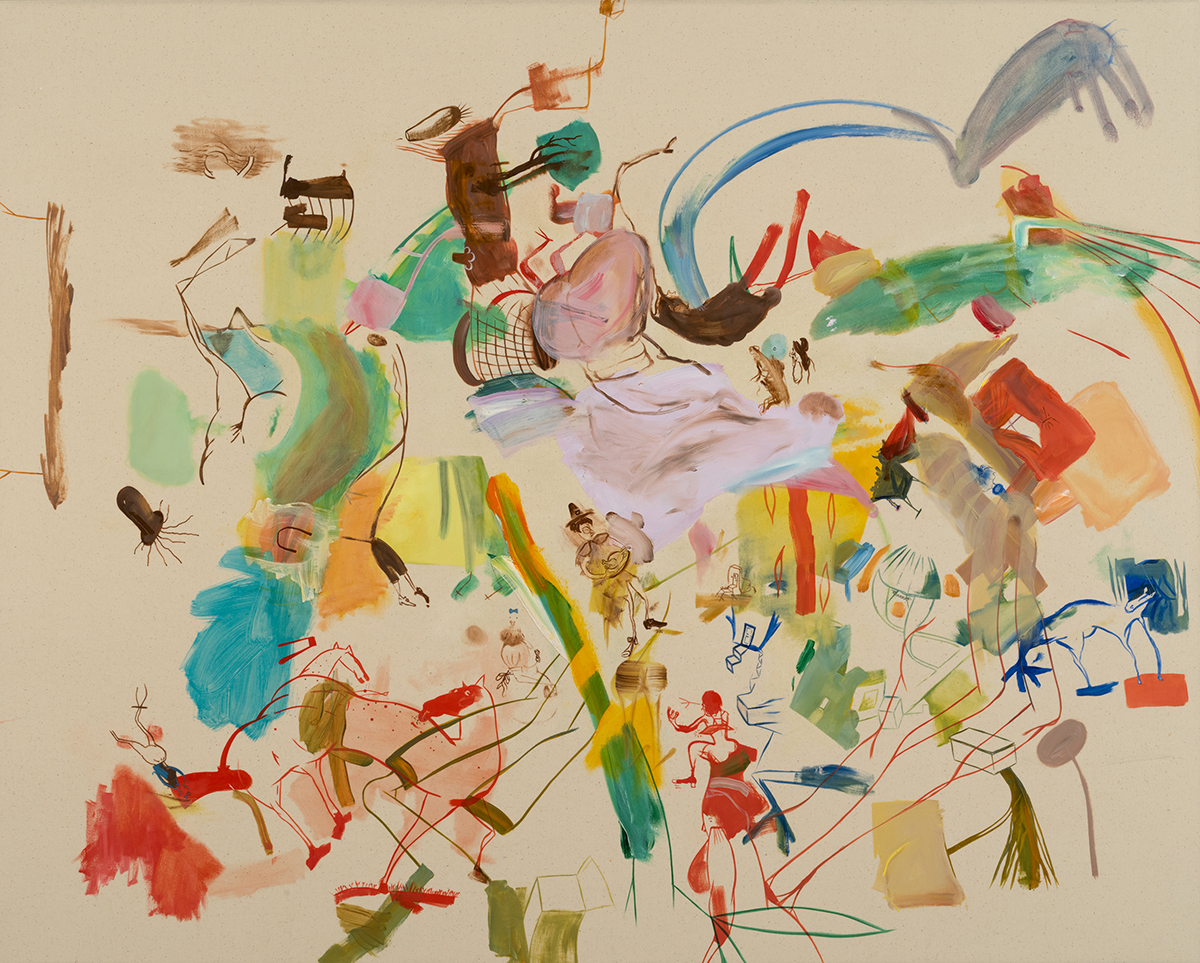 Sue Williams 05.06.2020 - 25.07.2020 I visited Sue Williams’ studio on March 8. That means she was among the last people (aside from my wife) with whom I spent any time in person before the Covid-19 pandemic drastically reconfigured our social and working lives to eliminate face-to-face meetings. And her paintings were the very last I saw in person (aside from the ones that hang in my own home). I’m glad it was Sue that I saw, and I’m really glad that I was able to spend that time with her paintings, which have been recurrent in my memory and imagination and helped me sustain what little equilibrium I’ve been able to muster since then. Those paintings, or even just my memory of them, turn out to be good company in catastrophe. They somehow know how I feel living a life turned upside down, a life in which it’s now hard not to feel that calamity has been preparing itself in innumerable abuses of power, whether they take place in the intimate realms of gender and the family or in the geopolitical realm in which governments continue to work behind the scenes to ensure that no good crisis will ever go to waste. Sue is not the only artist whose work has evoked these facts of our collective existence, of course, but the way she brings them into her work is unique, because she has no interest in persuading us of the seriousness of her concerns, or of the importance of her treatment of them; she has never cultivated a style that is austere, grim, or lugubrious, even in the bluntest of her early works. The tone of her work is neither apocalyptic nor mournful. It has always been imbued with humor, but over time the humor has becomes less visceral, more elegant. It’s hard to think of any painter working today whose work is so high-spirited, free-spirited, more buoyant. With her bright, translucent colors, wittily virtuosic and unpredictable line, and lightness of touch, not to mention her anti-gravitational sense of composition in which up, down, and sideways are all one, Sue’s aesthetic might be defined as a Rococo of distress, or as what protest art would be if it could be part of a tradition that somehow encompassed both Florine Stettheimer and Cy Twombly. I’ve remarked before about Sue’s penchant for describing the aesthetic of even her most obscene paintings as “pleasant,” even as “happy.” I think I know what she means: The painting should not take as its model the will to domination that might be its subject. It shouldn’t lean on the viewer, should not pummel the viewer into submission. No. Rather, the painting should lighten the load its viewer carries, not by distracting us from our troubles but by showing that what oppresses us can be made smaller than the spirit that bears witness to it and knows the oppression for what it is. I think that’s why the multitude of distinct images that flow together in each of Sue’s recent works are so petite—because while she can never forget the wrongs and absurdities they chronicle (and nor does she want anyone else to forget them)—she knows that according to the scale of consciousness, they can become puny. What’s “pleasant” in Sue’s paintings is not what the merely pleasant in art usually is, the lie that’s more agreeable than the truth, but rather the triumph of the truth-teller’s art (and what truth could there be without art?) over the very bitterness that is at the heart of the real. To me, that pleasantness—that pleasure—lends the courage to persist. Sue Williams was born 1954 in Chicago Heights, IL, US, and lives and works in New York, NY, US. Her first solo exhibition with Eva Presenhuber took place in 1999. Williams’ work is represented in major museums and private collections worldwide, including the Museum of Modern Art, New York, NY, US; Whitney Museum of American Art, New York, NY, US; Hirshhorn Museum and Sculpture Garden, Washington, D.C., US; the Art Institute of Chicago, IL, US; and Sammlung Goetz, Munich, DE. In the fall of 2015, a retrospective monograph was released by JRP|Ringier. Solo exhibitions in museums include Vienna Secession, Vienna, AT; IVAM Valencia, SP; Geneva Center for Contemporary Art, Geneva, CH; and Staatliche Kunsthalle Baden-Baden, Baden-Baden, DE. Williams participated in 3 consecutive Whitney Biennials in 1993, 1995, and 1997. Major institutional group shows include Comic Abstraction, Museum of Modern Art, New York, NY, US (2007); Rebelle, Museum voor Moderne Kunst Arnhem, Arnhem, NL (2009); Keeping it Real, Whitechapel Gallery, London, UK (2010); Figuring Color, The Institute of Contemporary Art, Boston, MA, US (2012); Take it or leave it, Hammer Museum, Los Angeles, CA, US (2014); America is Hard to See, Whitney Museum of American Art, New York, NY, US (2015); and Painting 2.0, Museum Brandhorst, Munich, DE (2015-16). Barry Schwabsky 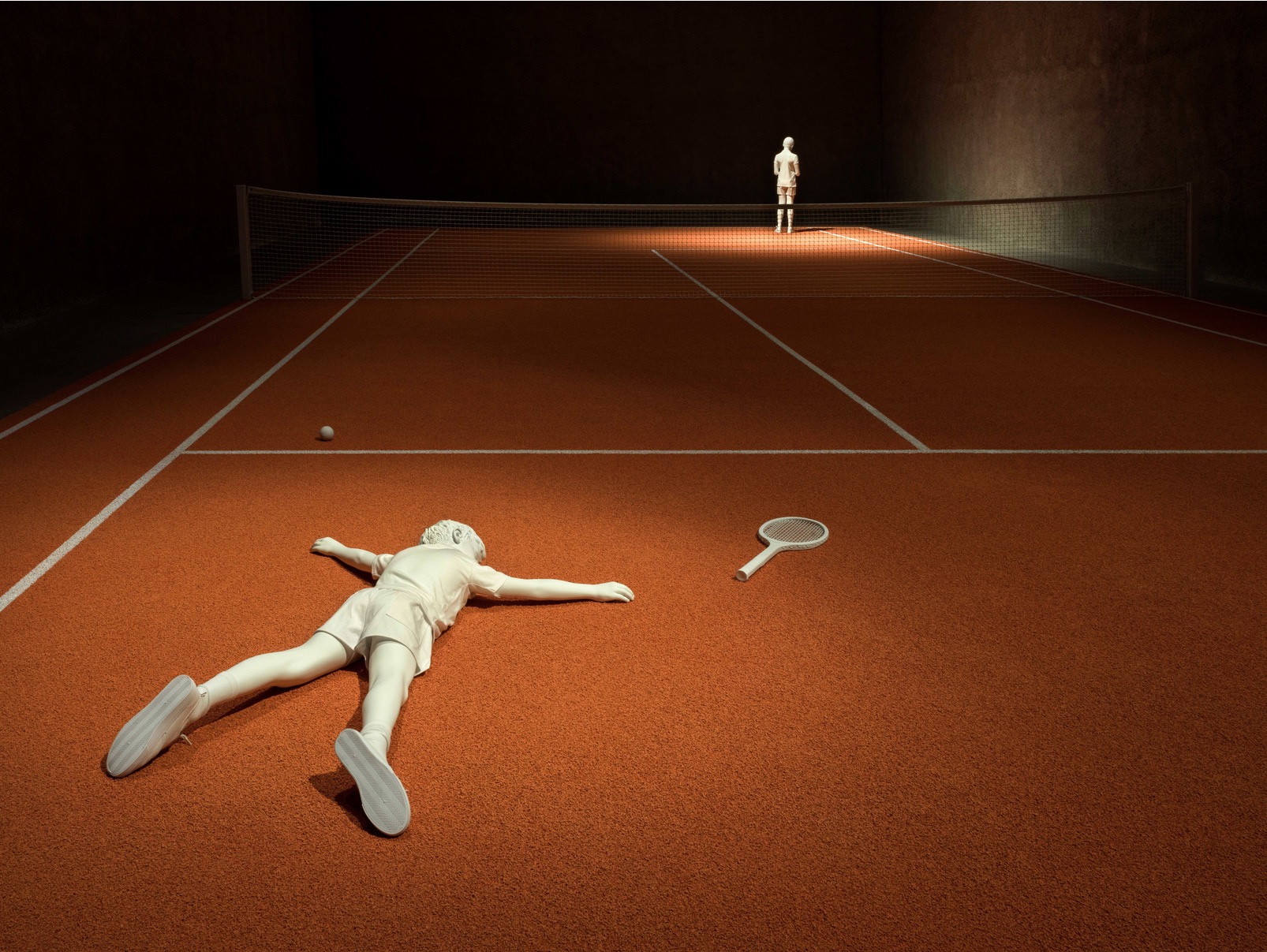 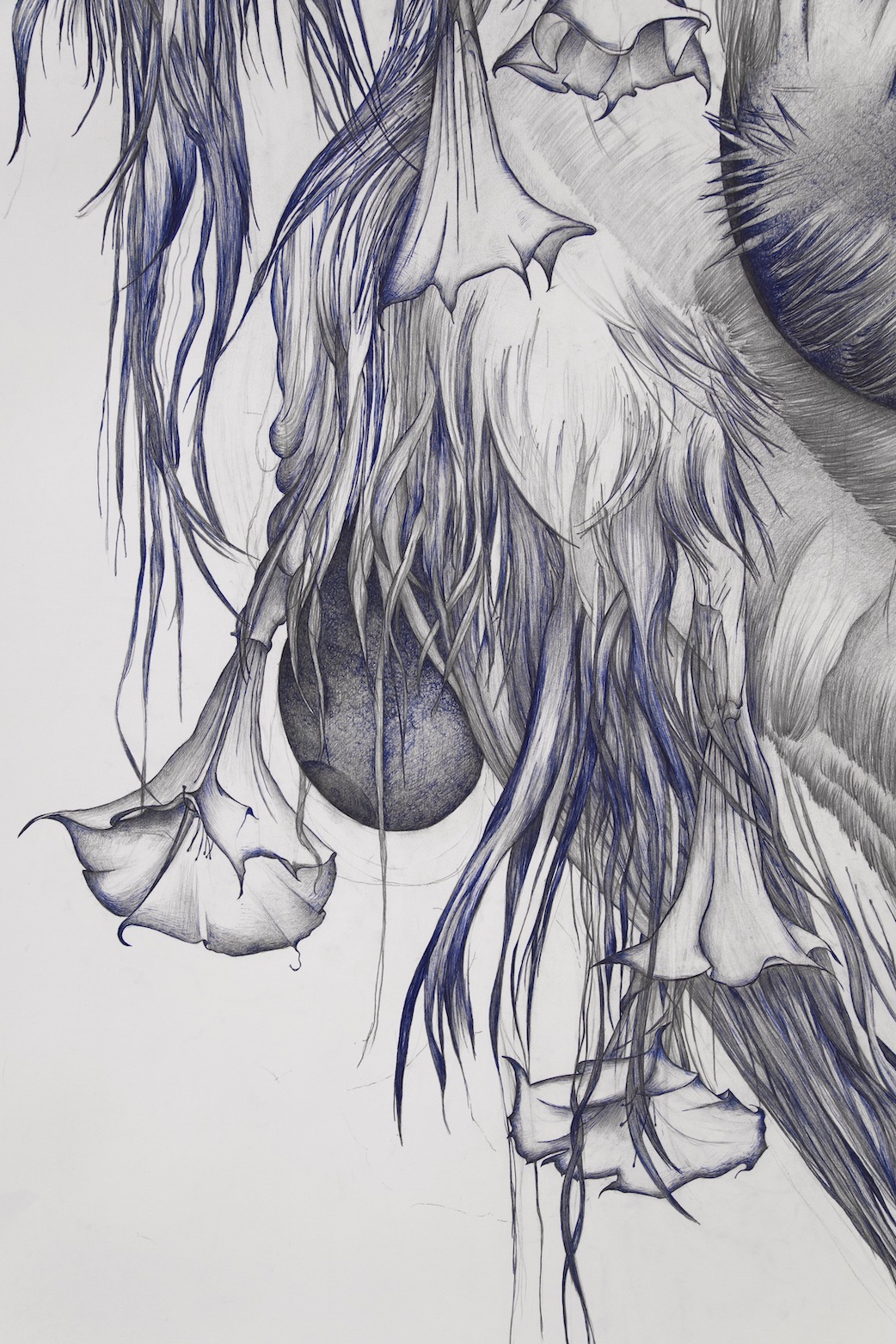 Marlene McCarty - Into the Weeds 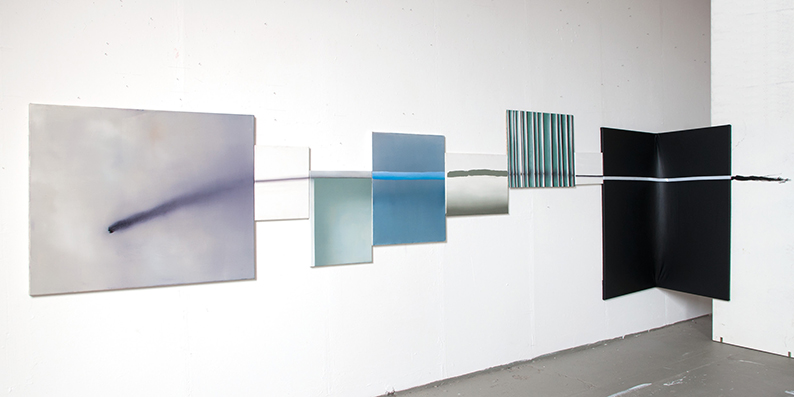 Julie Mehretu 26.06.2020 - 20.09.2020 This mid-career survey of Julie Mehretu (b. 1970, Addis Ababa, Ethiopia) covers more than two decades of the artist’s examination of painting, history, geopolitics, and displacement. Including approximately thirty paintings and thirty-two works on paper dating from 1996 to today, the exhibition presents the most comprehensive overview to date of Mehretu’s practice and her explorations of abstraction, architecture, landscape, scale, and, most recently, figuration. Julie Mehretu is co-organized by the Whitney and the Los Angeles County Museum of Art. The exhibition is curated by Christine Y. Kim, curator of contemporary art at LACMA, with Rujeko Hockley, assistant curator at the Whitney. 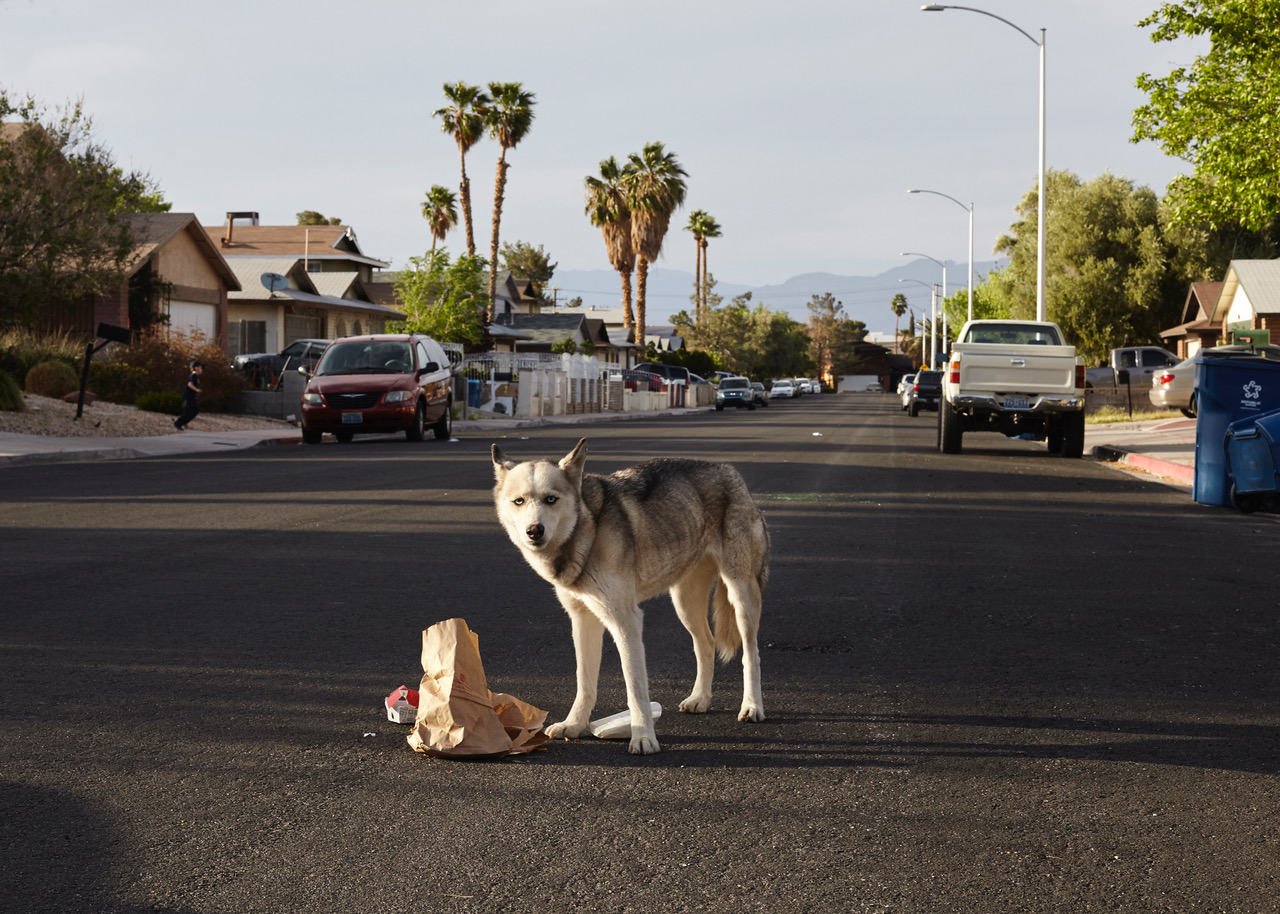 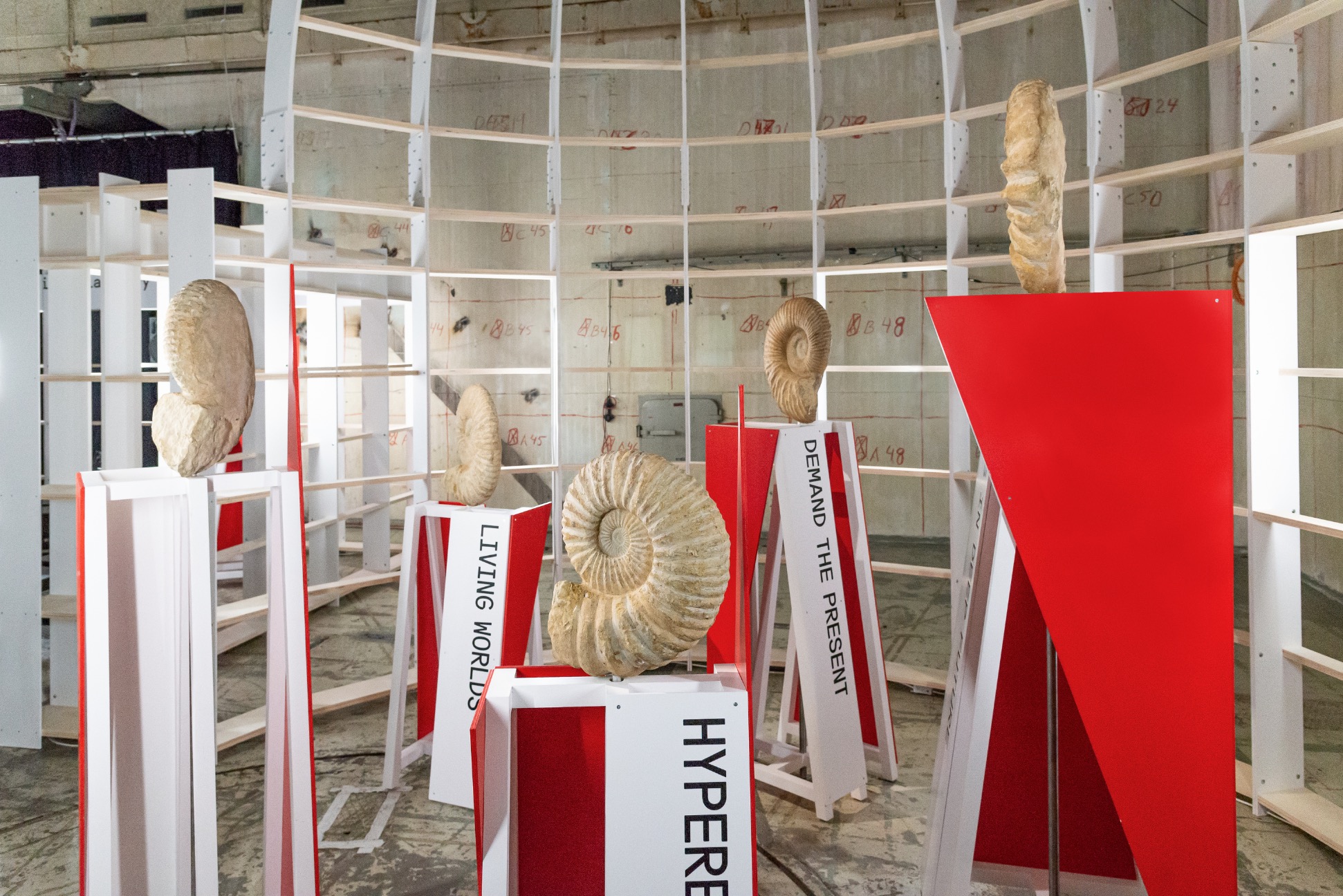 SURVIVAL OF THE FITTEST