Minoru Onoda (b. 1937, Manshu, China, Japanese-occupied Manchuria, Northeast China; died 2008, Himeji, JP) was a member of the Gutai Group. He studied at Institute of Fine Arts, Osaka City, Museum of Fine Arts, Osaka and at The Osaka School of Art (currently Osaka College of Art), Osaka. 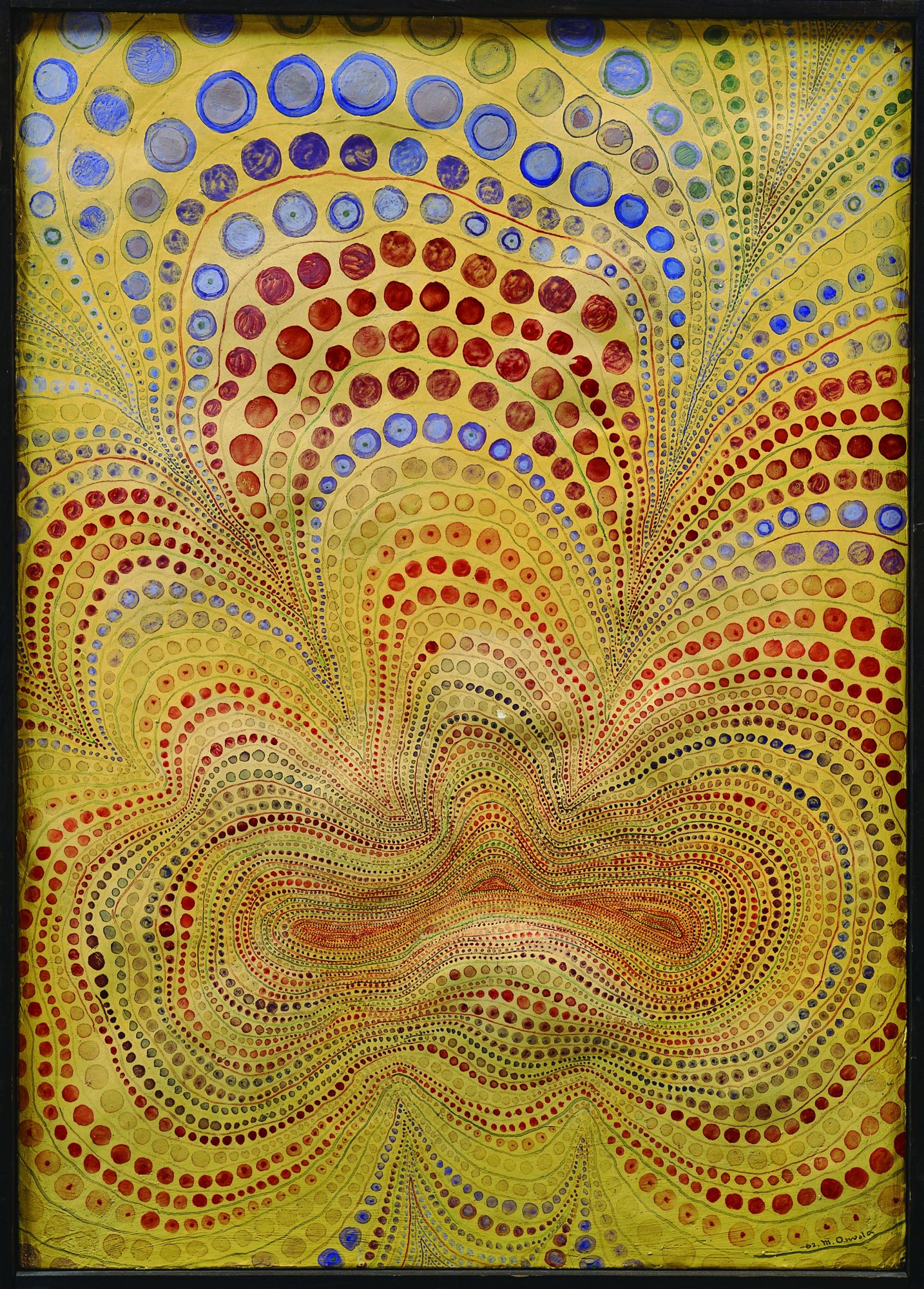 After publishing his “Paintings of Proliferation” circle theory in 1961 and participating in the 3rd International Exhibition for Young Artists in Paris in 1964, Onoda Minoru (1937 – 2008) joined Gutai and stayed faithful to their leader Yohirara Jiro's motto to "do what has never been done before" for the rest of his career. This solo presentation of paintings introduces a selection of historical works from the 1960s through the 1980s. The paintings are exclusively from the family's estate and are available for the first time. During his lifetime Onoda chose to sell primarily to museums and institutions.

Perspective, relief and propagation of circles are early trademarks of the artist who spent his entire life in Japan. Using post WWII newly available materials (synthetic paint, glue, wood) and artistic freedom, Onoda's works make reference to Art informel and abstract art, along with some visual aspects of Suprematism, Constructivism, and even Op Art. However, as one of the younger generation of Gutai artists he sought to explore the dynamic relationship between a human and his surroundings through the geometric unity and simplicity of the circle. Onoda often referred to himself as “the one who performs the circle” or as the circle itself, a conception at once organic and mechanical, emptied of specific meaning yet able to fill sky and earth without gaps.

In the early 1960s, painting on wood panels as support, he glued additional thin slats at varied angles. Against the light yellow and white background they automatically created lines and depth. The oil paintings were covered in dark blue and black dots creating optical illusions and movement. A few years later the paintings progressed to colorful, varied dot patterns on flat and built up surfaces. Developing his own technique of kneading Gofun (shell pigment) and bond, he created 3 dimensional oval, round and elliptical shapes. These rectangular paintings with multicolored circles in variable sizes of red, green, blue, mauve and orange, fine lines and a rich yellow background with organic shapes, are reminiscent of plants and flowers. They are the circle’s own endless proliferation – seeking its own either mechanically-reproduced or biomorphic unity of emptiness and silence. By decade’s end, the convex shape became a round wave and the uniform dots painted in circles outward from the center in ever-increasing circumferences reached the perimeter and beyond in our imagination. The mix of rich yellow, orange, deep blues and greens in the painting is mesmerizing and the symmetry is supplanted by its swaying hues.

In the 1970s the hierarchy of nature is replaced with the complexity of hues in 2 dimensions. Onoda gradually paints multiple large circles within the square canvas in monochrome gradients of acrylic paint in which clarity, depth and the subtle visual pulsing of energy are the objects. The more severe compositions, alleviated by soft tones and repetitive round shapes, progress to the search for weightlessness, depth and a strong contrast of color in the 1980s. Uneven, squarish-colored shapes flowing or floating have perfect holes allowing an underlying velvet black background to appear. Unlike the constructed paintings of the early 60s these have an absorbing depth to them due solely to the richness of the engulfing black and contrasting scarlet red. The 80s crisp-edge painting is followed by an exploration of the edge of the canvas and the plasticity of the acrylic and alkyd paint in the 90s. Near-squared layers of flat painting are superimposed on each other to let the oozing along the edge appear. The plasticity of the material resembles colored latex reaching to the outer frame of the painting almost of its own volition.

Gutai (1954 – 1972) was founded in Ashiya and is Japan’s most influential post WWII avant-garde collective, recently gaining recognition in the West.