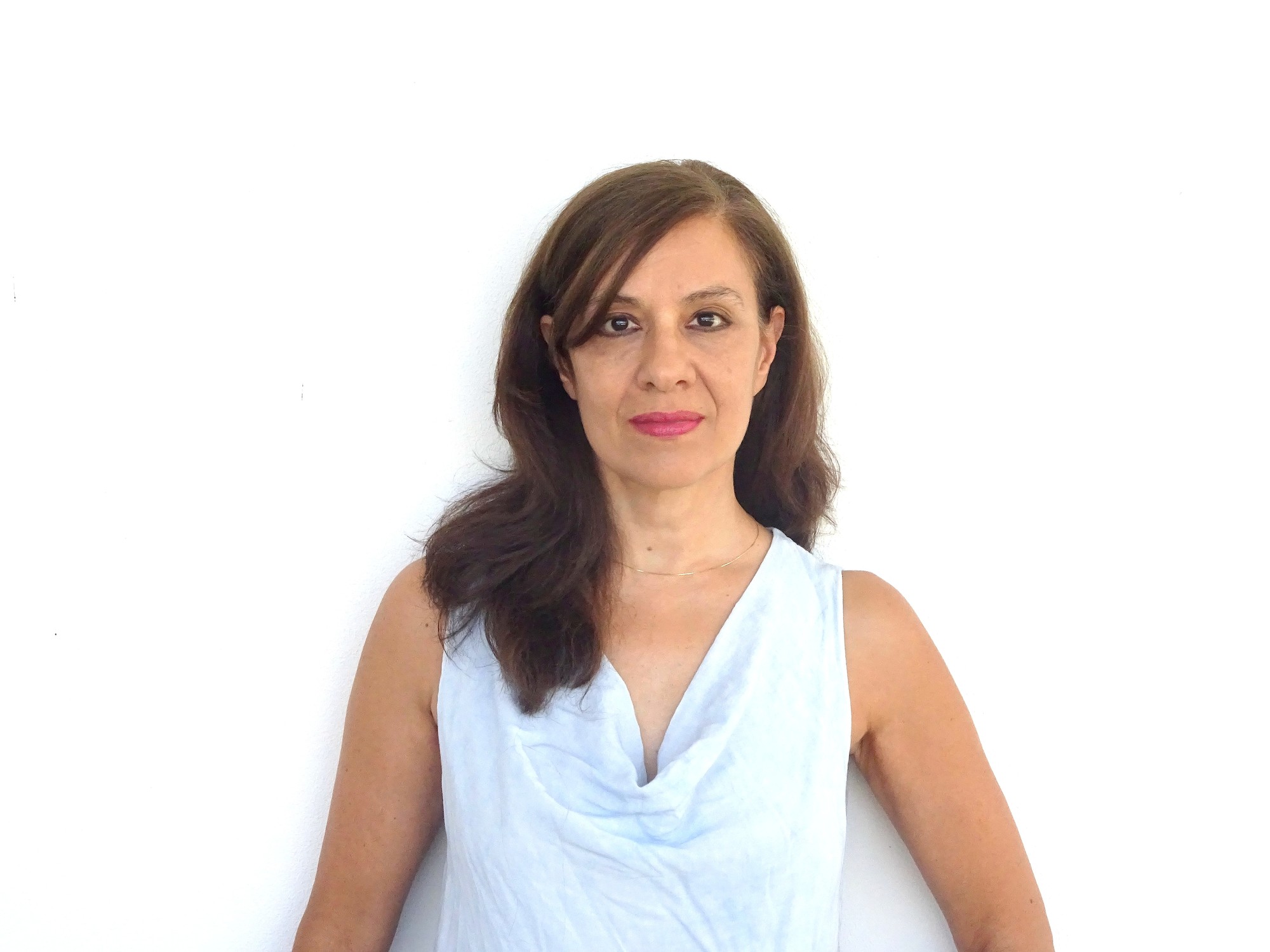 In a press conference on October 10, the Mercosul Biennial of Visual Arts Foundation officially announced the name of the chief curator for the Biennial 12. Argentinean curator Andrea Giunta will curate of the exhibition of contemporary art that will occur in Porto Alegre, from April 9 to July 5, 2020, at the Museu de Arte do Rio Grande do Sul, the Memorial do Rio Grande do Sul and the Santander Cultural. A curator, writer, teacher, and researcher, Andrea Giunta will explore, as the theme of this edition, the relation between art, feminisms, and emancipation.

“The curator’s proposal approaches the complex issues involved on the theme, both on the exhibition and on the program of activities that will be developed during the next two years. It is a Biennial that presents huge challenges, since it approaches an urgent issue for art and society”, said Gilberto Schwartsmann, CEO of the Mercosul Biennial Foundation and president of the Executive Board of the Biennial 12.

The title of the exhibition and the curating team will be revealed in the next months. The first activity of the Biennial 12 was also announced during the press conference: a seminar featuring the curator that will occur on November 6, within the official schedule of the 64th Porto Alegre Book Fair.

Regarding her nomination, Andrea said: “Biennials are privileged spaces to analyze the state of the world of art. The theme of this edition is in the center of the debates and critic reviews of the art canon. Porto Alegre is an ideal city to operate as a resonance box and activating device of an urgent issue. The Biennial intends to unite radical positions, to approach them from an international and Latin-American perspective, and to contribute to an active map of the political transformation of subjectivities in the contemporary world.”

About Andrea Giunta (Buenos Aires, 1960)
Andrea Giunta has a wide experience in Latin-American art on the international field, in exhibitions, essays published on specialized magazines and exhibition catalogues, teaching and academic research. Her fields of interest include 20th and 21st century art from Latin-America and the world. She is the author of several works regarding Latin-American art, memory and politics, the power of images—in particular Picasso’s Guernica—and the relation between art, gender, and feminism in Latin America.

Andrea is the author of several books, such as Avant-Garde, Internationalism and Politics, Argentine Art in the Sixties (Duke University Press), Poscrisis (Siglo XXI), Escribir las Imágenes (Siglo XXI), Objetos Mutantes (Palinodia), When Does Contemporary Art Begin? (ArteBA), and El Guernica de Picasso (Biblos). Her most recent book, Feminismo y Arte Latinoamericano, was published in 2018 by Siglo XXI. She was the curator of the León Ferrari Retrospective, hosted at the Centro Cultural Recoleta, in Buenos Aires, and at the Pinacoteca de São Paulo; co-curator for the exhibition Extranjerías, with Néstor García Canclini, at the Museo Universitario de Arte Contemporáneo (MUAC-UNAM), in Mexico; and co-curator for Verboamérica, with Agustín Pérez Rubio, at the Museo de Arte Latinoamericano de Buenos Aires (Malba) – Fundación Costantini. Currently, she is the co-curator for the exhibition Radical Women. Latin American Art, 1960-1985, with Cecilia Fajardo-Hill hosted by the Hammer Museum, in Los Angeles, at the Brooklyn Museum (NYC) and at the Pinacoteca do Estado de São Paulo.

Appointed by the Mercosur Visual Arts Biennial Foundation to take over as head curator of Biennial 12, Argentinian writer, professor and researcher Andrea Giunta has chosen the assistant curators responsible for the next edition of the contemporary art exhibition. Polish Dorota Biczel and Brazilian Fabiana Lopes and Igor Simões will join Giunta in the curating committee for the event, to be held in Porto Alegre, Brazil, from April 16 to July 5, 2020.

The curators have chosen the title of Biennial 12, which will be Feminine(s). Visualities, Actions and Affections. The exhibition will focus on the proposals by female artists and all non-binary, genderfluid and non-normative sensitivities, especially from people that express themselves in opposition to the most various forms of violence and that share the aspiration of a social order that is less oppressive and discriminatory in terms of gender. The curators intend to highlight the relevance of creativity in order to abrade limits and constraints, making itself richer thanks to the creations of those working with materials and techniques that are traditionally attributed to arts associated with women and sharing a collective exercise at devising new ways of doing, saying, thinking and creating in a democratic environment.

Andrea Giunta is a writer, curator, and professor at Universidad de Buenos Aires, where she received her PhD. She is Principal Researcher at CONICET, Argentina, and visiting scholar at the University of Texas at Austin. She is the author of several books on Latin American art, including Avant-garde, Internationalism and Politics: Argentine Art in the Sixties (Durham: Duke University Press, 2007). In 2018, she published Feminismo y arte latinoamericano: Histórias de artistas que emanciparon el cuerpo (Buenos Aires: Siglo XXI, 2018, forthcoming by the University of California Press). She was a co-curator of Radical Women: Latin American Art, 1960–1985 (2017–2018, Hammer Museum, Los Angeles, Brooklyn Museum, New York, and Pinacoteca de São Paulo).

Igor Simões has a PhD in Visual Arts - Art History, Theory and Criticism from the PPGAV (Graduate Program in Visual Arts) at UFRGS. Assistant professor in the Art History, Theory and Criticism and Art Teaching Methodology and Practice course at UERGS. Member of the curating committee of the National Association of Plastic Art Researchers-ANPAP, and member of the UERGS-MARHS Education Hub. Member of the collection committee at the Rio Grande do Sul Museum of Art-MARGS. He works with articulations between exhibitions, film editing/montage, art history, and the racialization of Brazilian art and the visibility of black individuals in the visual arts world. Author of thesis Film Montage and exhibitions: Black Voices in the White Cube of Brazilian Art. Member of Flume - Education and Visual Arts Research Group.

Dorota Biczel (Poland/USA) holds a PhD from the University of Texas at Austin and currently serves as Visiting Assistant Professor in Art History at the University of Houston. Her research, writing, and curatorial projects focus on contemporary Latin American art seen in the global context, particularly at the intersections of material experimentation, social practice, and politics. She has published articles and essays in academic journals such as Caiana, Buildings & Landscapes, Art Journal, ARARA, and alter/nativas, and in exhibition catalogs. She curated Moving Mountains: Extractive Landscapes of Peru at UT’s Visual Arts Center (2016) and co-curated Teresa Burga’s Chronology: Reports, Diagrams, Intervals (2011, Württembergischer Kunstverein Stuttgart), among other projects.

Fabiana Lopes is an independent curator based in New York and São Paulo, and a PhD student in Performance Studies at New York University, being a Corrigan Doctoral Fellow. Her research is focused on contemporary productions by of African Diaspora artists in Brazil and the Americas. Her works have been published in Harper’s Bazaar Art, O Menelick 2o Ato, ARTE!Brasileiros, Contemporary And (C&) and also in exhibition catalogs, including Rosana Paulino: Costura da Memória, Pinacoteca, São Paulo (2018), Lucia Laguna: Vizinhança, MASP, São Paulo (2018), Of Darkness and of Light, Minnette Vári, Johannesburg (2016), and Territórios: Artistas Afrodescendentes no Acervo da Pinacoteca, Pinacoteca, São Paulo (2015).