Esther Kläs. Maybe it can be different 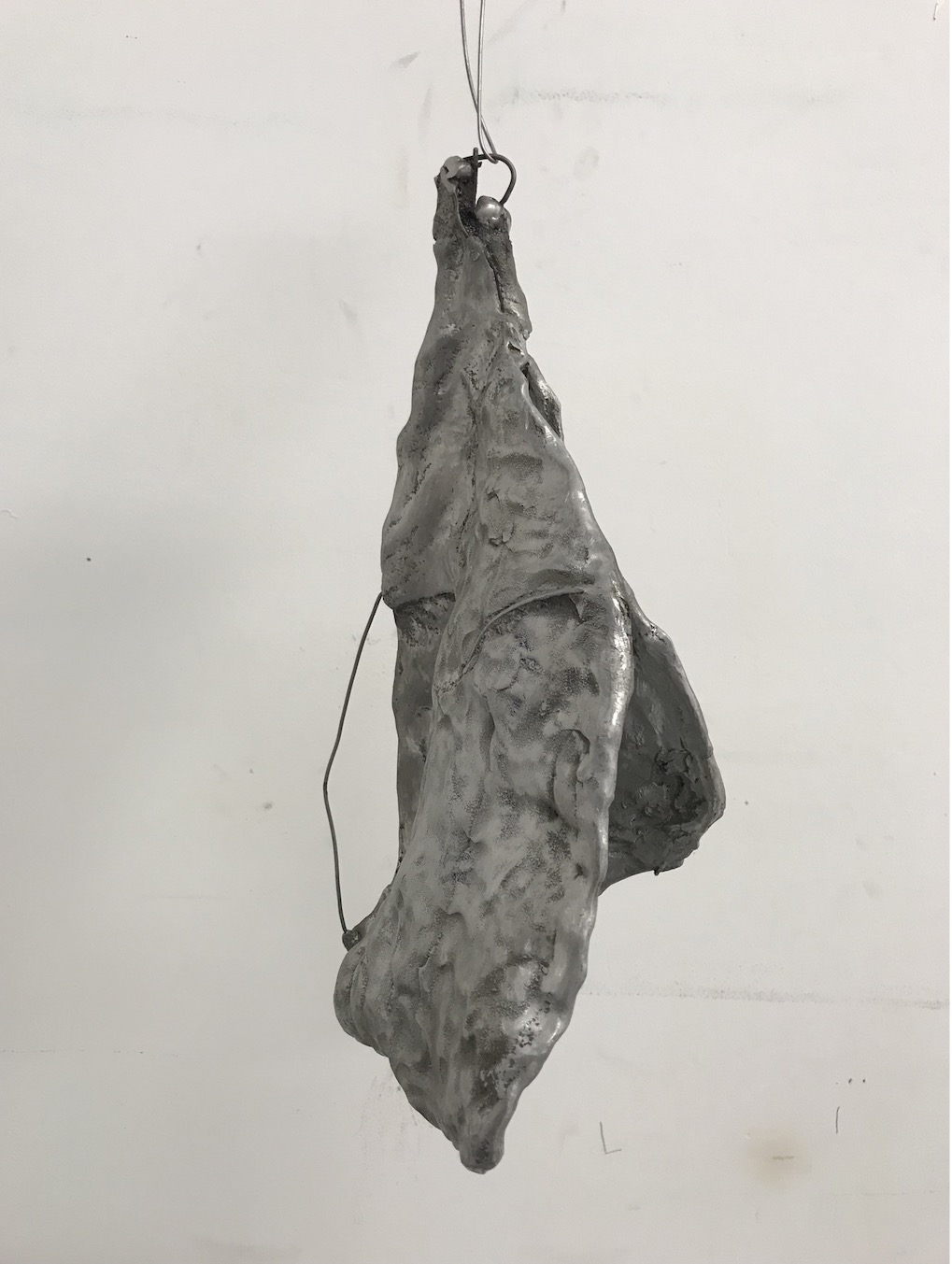 Fondazione Giuliani is very pleased to present Maybe it can be different, the first exhibition in Rome of German-born, Barcelona-based artist, Esther Kläs. The exhibition includes a variety of works, including sculptures, ceramics, oil stick drawings, wool tapestry and video, which both embody the artist’s engagement with material experimentation, and highlight her interest in gesture and motion.

While grounded in the contemporary, Kläs is indebted to minimalism, albeit nuanced with a hands-on craftsmanship and Arte Povera sensibility. She often returns to similar forms in her work: rounded shapes, curves, hands, volumes folding in on themselves, but they are always mutable, different in their repetition. Working with pliable materials, any possibility of a pristine, smooth surface is eschewed for the rough-hewn and undulating, tactile and textured. The making of the work is embedded in the work itself, often appearing in its final manifestation with visible thumbprints of the artist as she worked the surface. And though her often spare constellation of objects may be utterly reduced in appearance, each object appears almost as some kind of energy-charged tool, leftover from an obscure and sacred ritual.

The interrelationship of form, space, and movement is essential to reading further into the artist’s work, as is its engagement with the physicality of the viewer. The exhibition display is arranged as an assembly of precisely staged relations in which the works communicate and resonate with each other. Abstaining from any sense of theatricality, the more abstract space acts a critical element of the works, as well as a compass to the viewer’s movements. The viewer herself is an essential component of the exhibition, as the works both ask to be scrutinized from different viewpoints and solicit a sense of movement, gesture and rhythm.