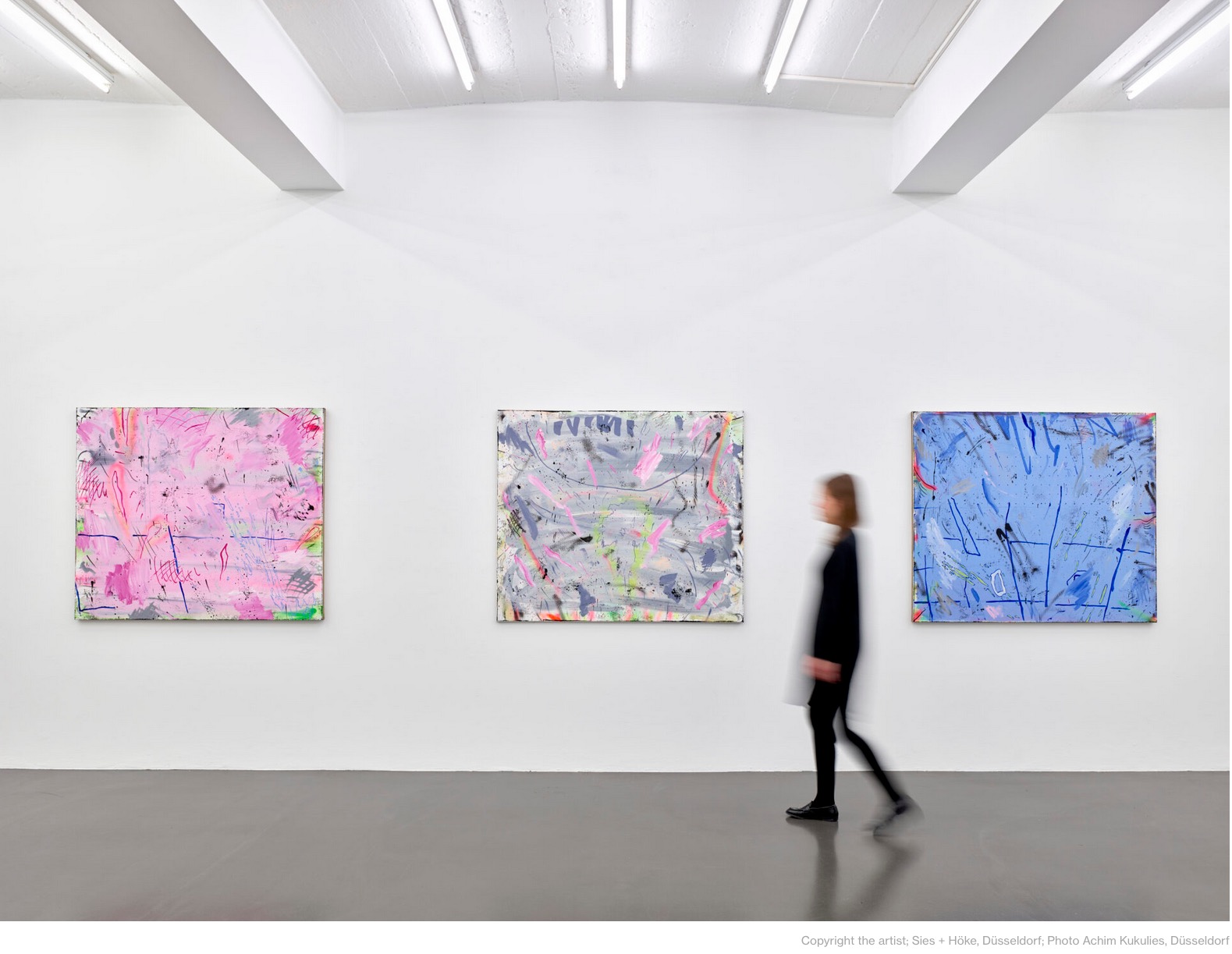 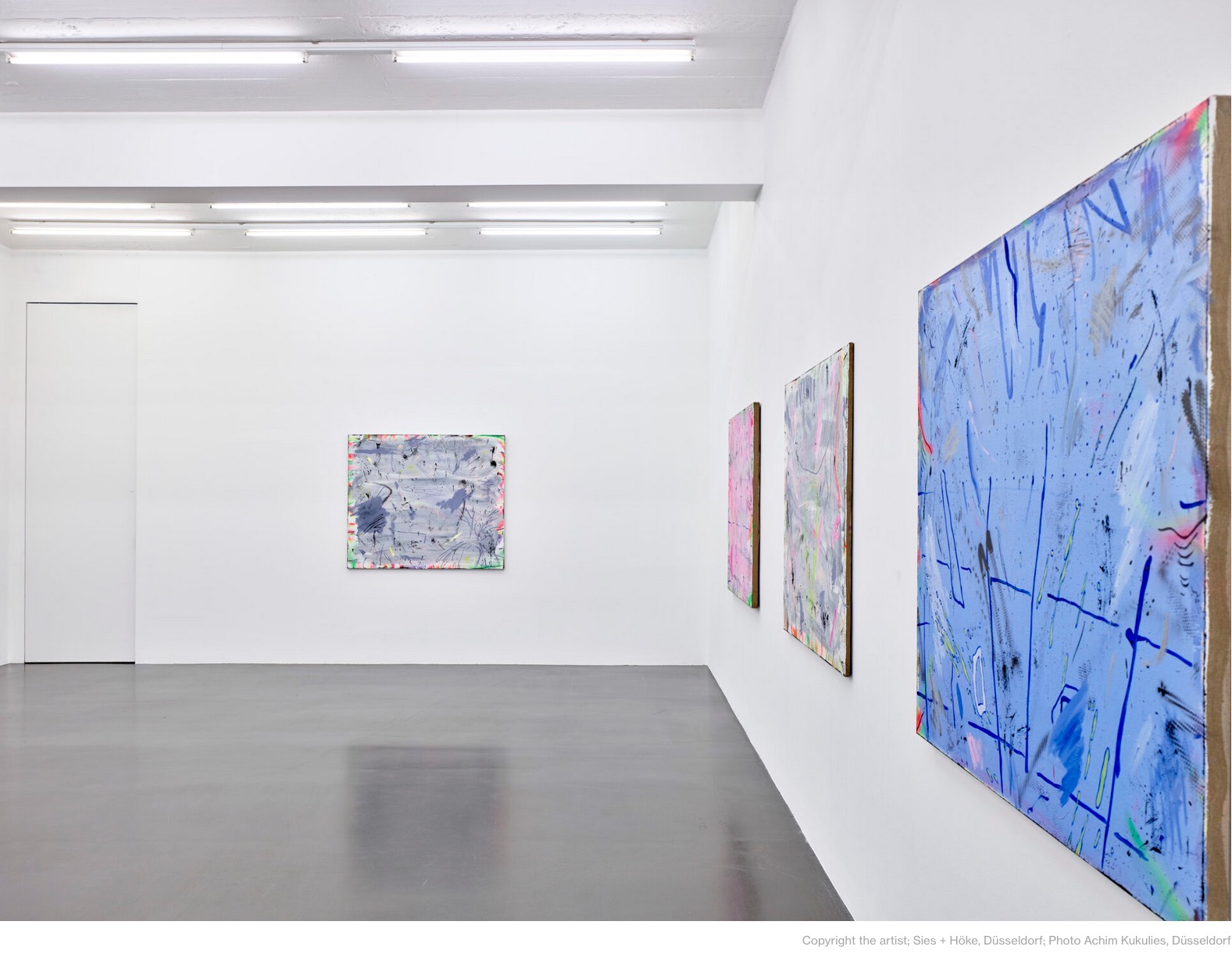 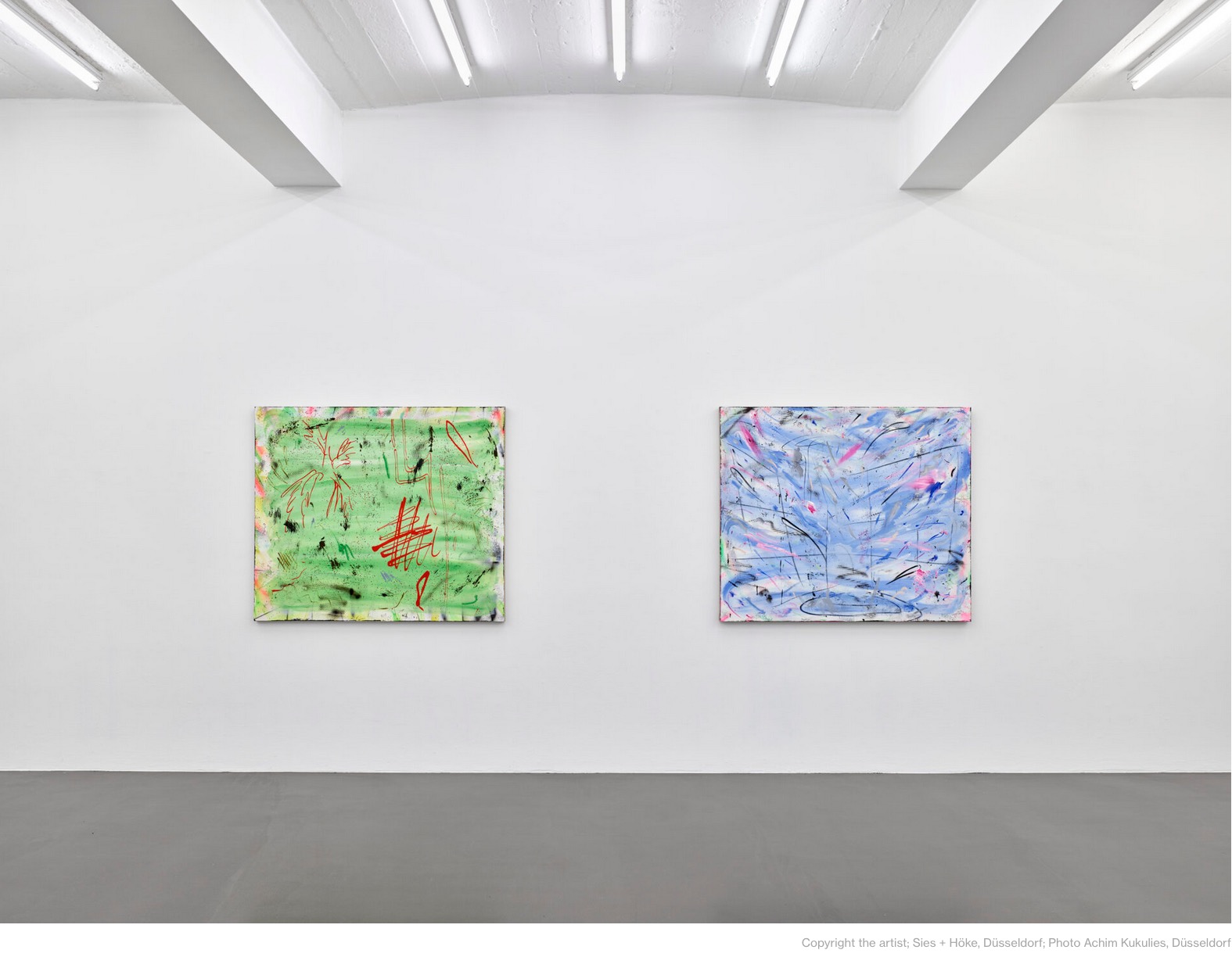 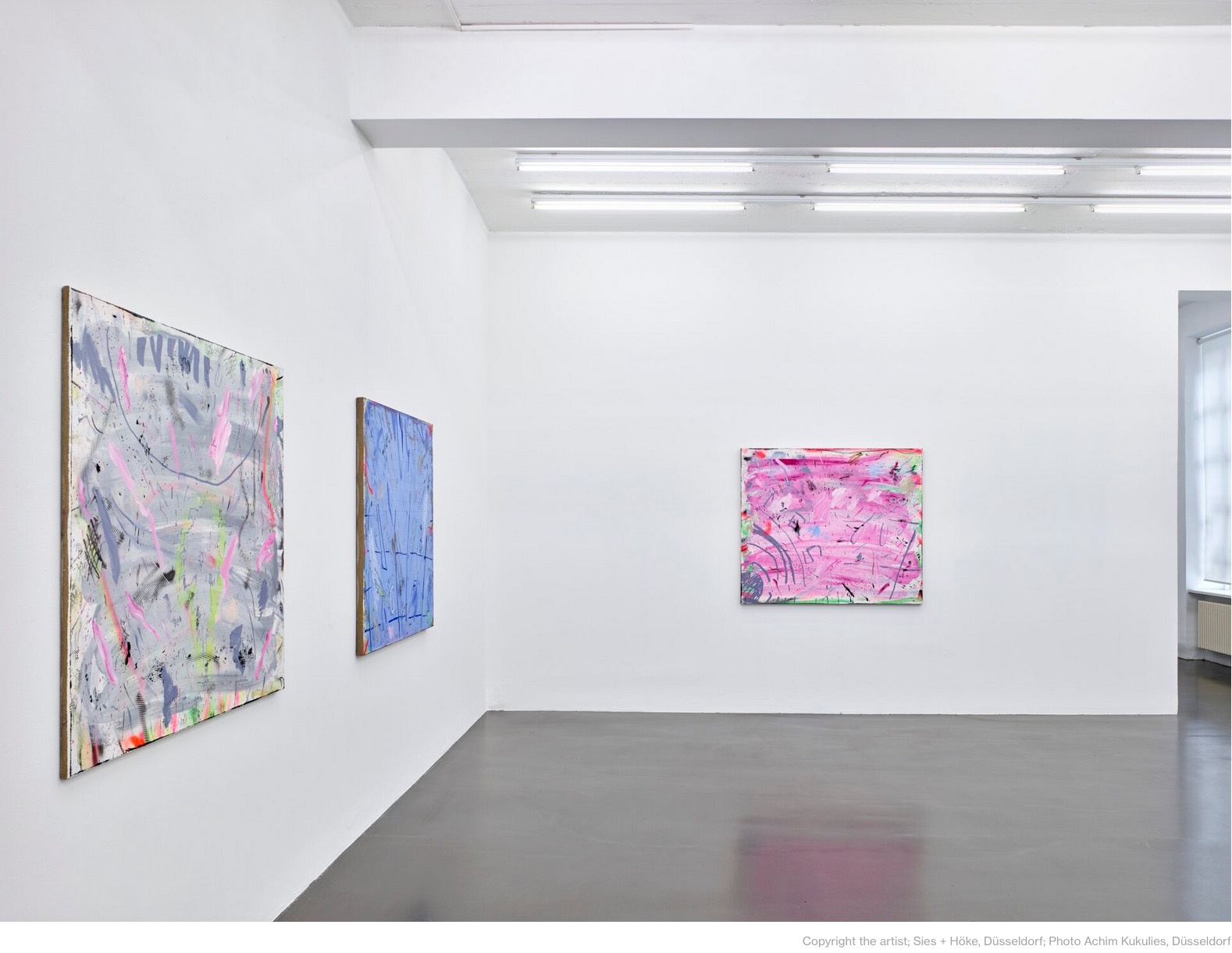 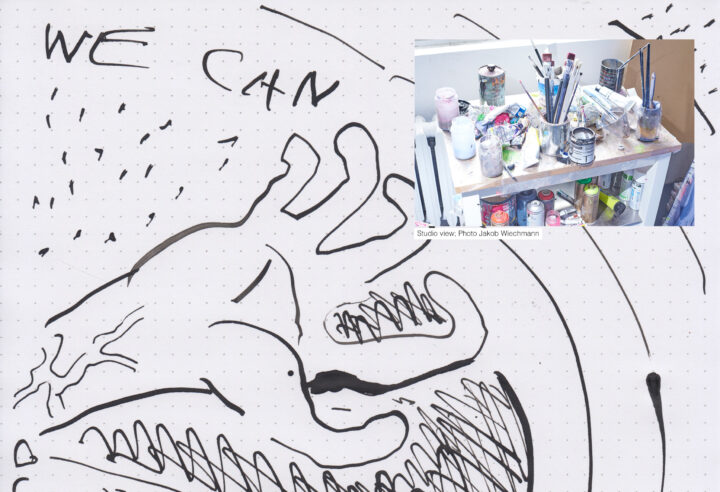 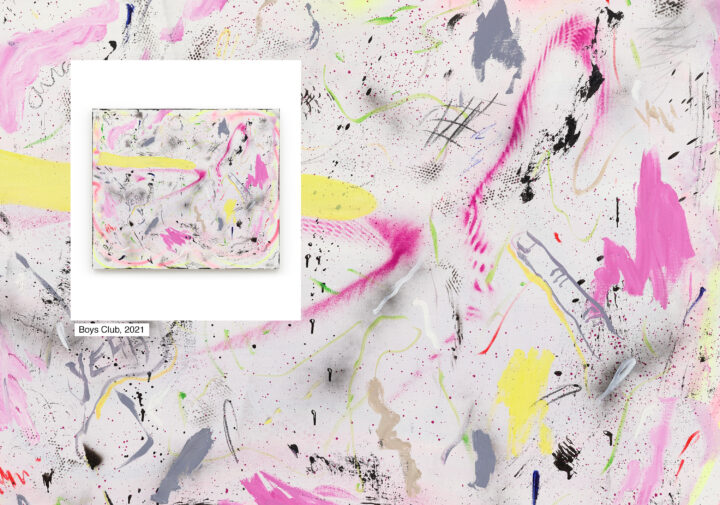 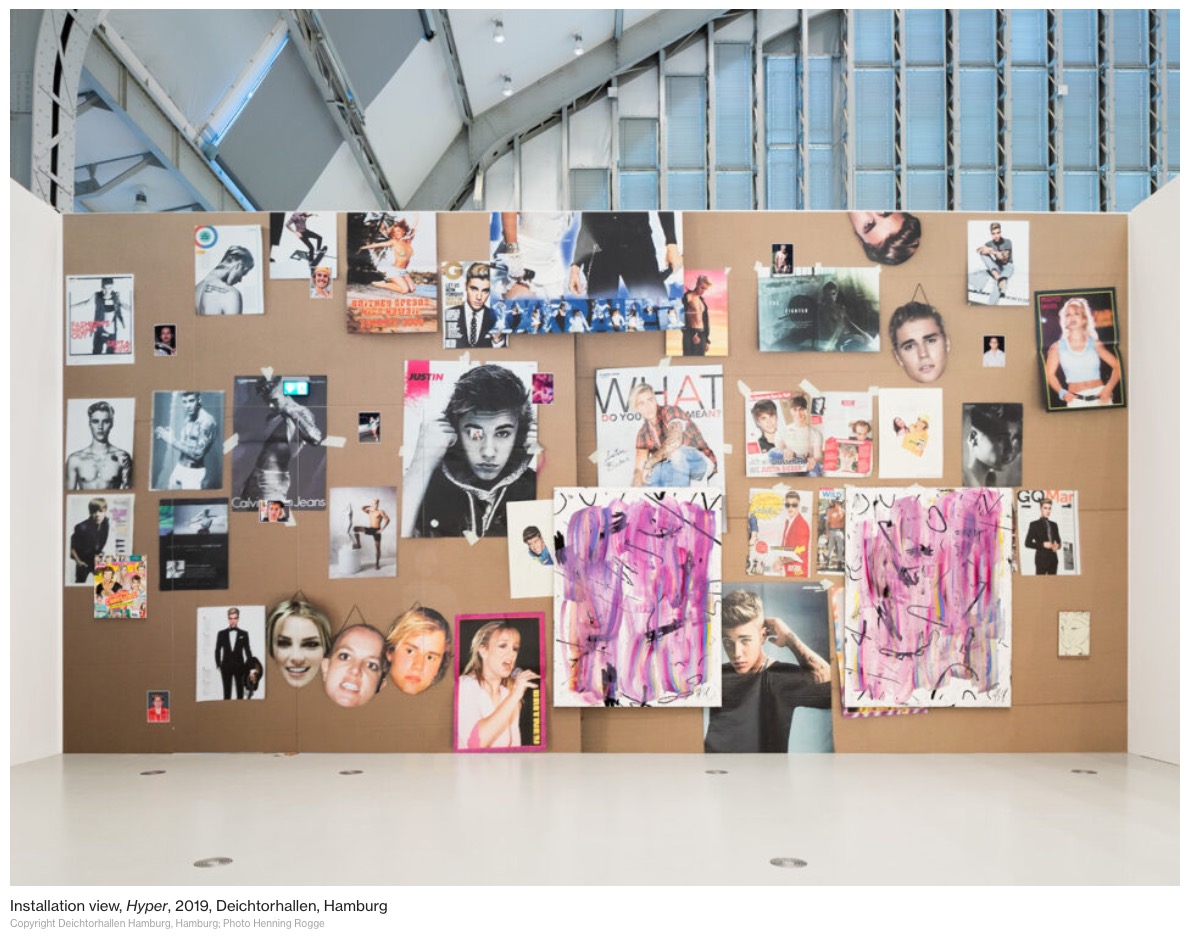 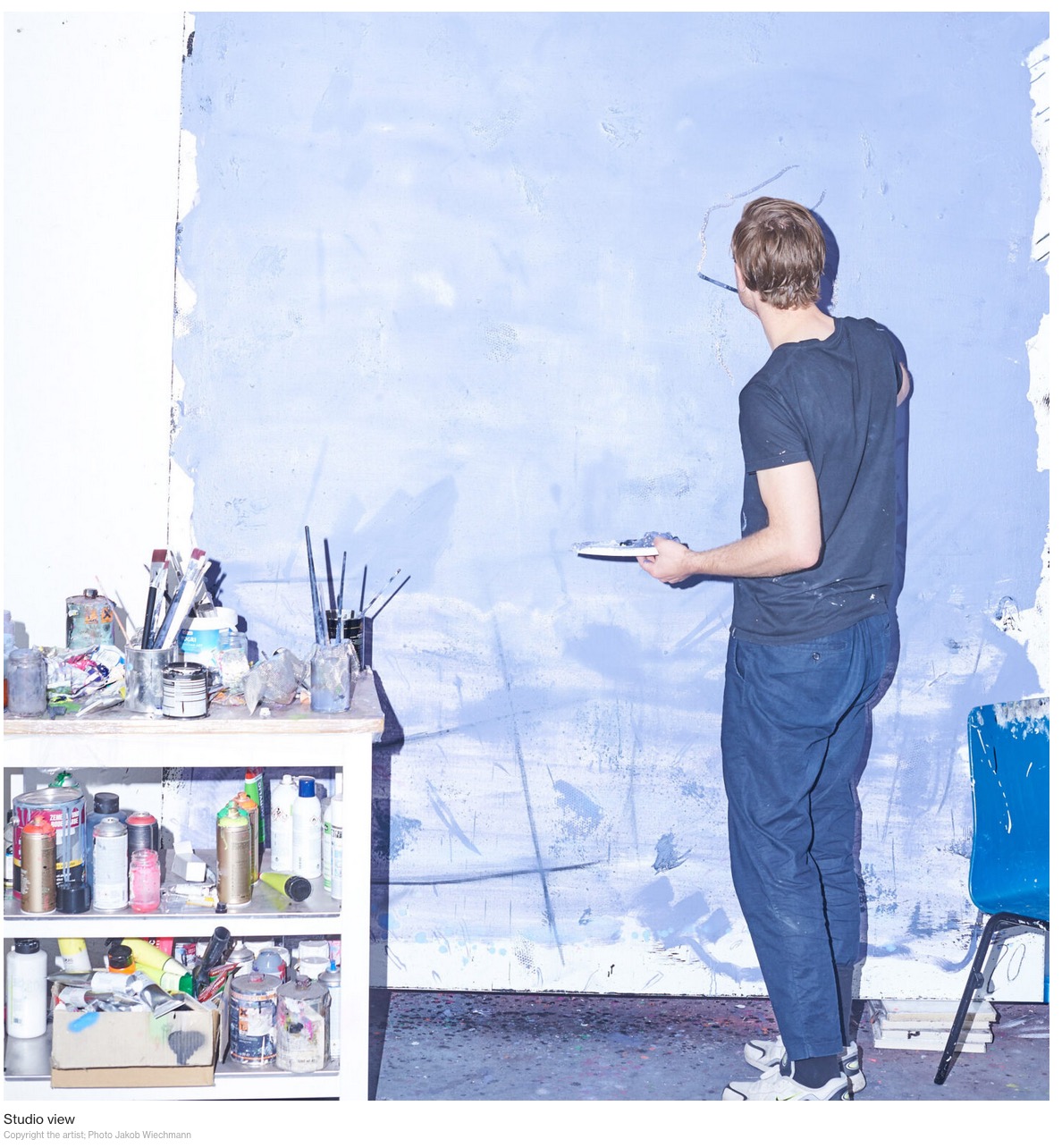 We are very happy to announce Splashes, Targets und Raster., the third solo exhibition of works by the painter Henning Strassburger at Sies + Höke. The exhibition is on view from 12 March to 10 April 2021.

Splashes, Targets und Grids. - The title might suggest a " Best of Modern" exhibition. But of course, the idea is deceptive, since the artist deals with the possibilities of the painted picture in the face of the ubiquitous flood of images. He does this by exploring art-historical precedents such as Jasper Johns' iconic Flags and Targets as well as other image strategies used by mainstream products and media. It may be the music that is playing on his newly compiled Spotify playlist or personal experiences that have to be processed through painting.

He manages to reconcile all of the above within the picture. What emerges is a contemporary aesthetic in which nothing is static, nothing is certain or definite. A virtual space in which the present meets the past, the manual meets the digital and so-called "high culture" meets the all-absorbing mainstream. Everything seems possible. The grids, which are sometimes more or sometimes less pronounced in works such as Small Whirpool Productions, Kleiner Vandalismus Spaß, Gang Break or Casino Ästhetik, locate all these phenomena in one and the same pictorial space - on the two-dimensional surface of the canvas. And so, the works are composed of numerous layers and levels. Expansive, powerful bands of colour are overlaid with seemingly spontaneous line structures and lattice grids. Silhouettes of palm trees, lightning bolts and lettering appear at the edge or in the centre of the picture and the targets are only recognisable as implied phrases that give the picture support or direction.

The painting is always identified as such by the emphasis on the edges. It is obviously aware of its own nature and the conditions of its existence. The neon colours that accentuate the edges electrify the paintings from the outside, as they do in Red Bull Sunset, and embed them irrevocably in our feverish, never-resting contemporary media-sphere. The manner of painting appears spontaneous, even emotional, but again appearances are deceptive. These works emerge from intuitive drawings which Strassburger projects onto the canvases using a beamer. Through digital reproduction, the painter distances himself from them, so to speak, only to re-appropriate them on the canvas in the next step. There are distinct limits to this appropriation, however, because the projection ultimately determines the finished picture, which is meticulously copied and painted so that it is irrevocably inscribed in the painting. Henning Strassburger calculates our present time in all its media-influenced aspects and with all its phenomena and makes us feel our own entanglement as viewers.