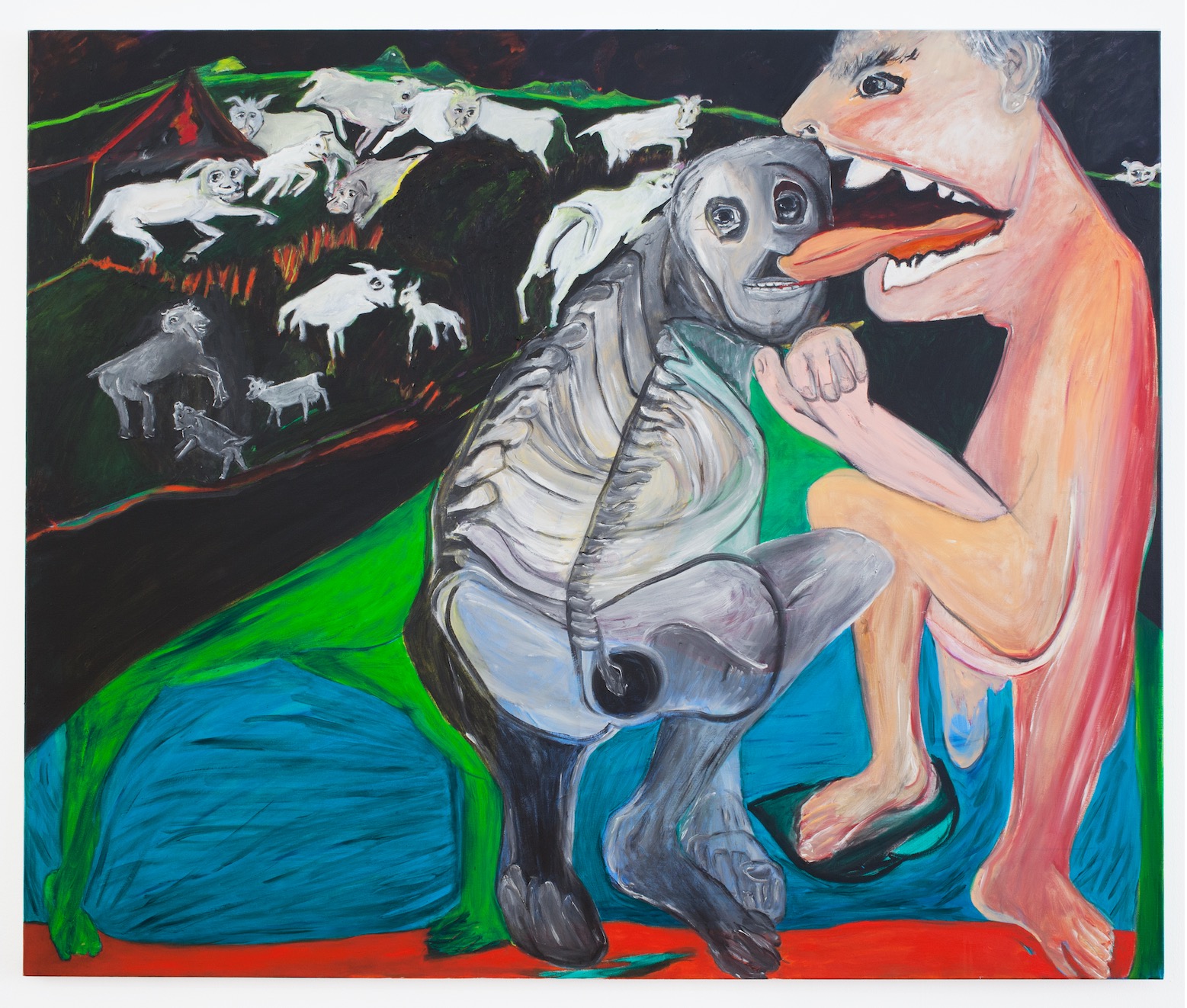 WIELS presents the first institutional solo exhibition of Dutch artist Jacqueline de Jong in Belgium, one of the crucial artistic figures from the post-war years of protest and revolt.

Born in the Netherlands in 1939, De Jong is a key figure of the European post-war avant-garde with a career spanning half a century. Her role in the Situationist International marked her early years in Paris in the 1960s, where she was actively involved in the student protests of May 68. In parallel to her work as an editor and designer - most notably for The Situationist Times, which she founded and published from 1962 until 1967 - De Jong has developed a unique painterly practice. In its spontaneity, De Jong's expressive, often grotesque and excessive style follows the anti-academic and non-conformist aesthetic of the avant-garde.

Playfully moving between styles and painterly idioms throughout her career, the artist displays a voracious interest in the painted image as a site for confusion and subversion. She belongs to a group of artists who reintroduced narration by borrowing elements from popular culture, cinema, and illustration—all the while mixing the absurd with the mysterious. With a penchant for experimentation, De Jong plays with shape, style, and pictorial idioms in order to unfold an idiosyncratic and subversive body of work. Expressive yet realistic, her work exhibits uninhibited eroticism and sexual liberation.

The exhibition at WIELS offers an occasion to discover or rediscover De Jong’s prolific and provocative oeuvre via a non-linear presentation where works from different periods dialogue with one another, following a concept held dear to the artist: that of the dérive (drift).

The exhibition at WIELS was developed by Devrim Bayar (Curator, WIELS) and Xander Karskens (Director, De Ateliers, Amsterdam) in close dialogue with Jacqueline de Jong. The exhibition will travel to MOSTYN, Llandudno, Wales (UK) under the curatorship of Juliette Desorgues (Senior Curator, MOSTYN) and to the Kunstmuseum Ravensburg in 2022.

At the occasion of the exhibition, an important monograph is published by the Mercatorfonds. The publication is designed by Eurogroupe and includes essays by Devrim Bayar, Juliette Desorgues, Xander Karskens, Annabelle Ténèze and Niña Weijers, as well as a conversation between Jacqueline de Jong and Alison Gingeras.