Jenny Holzer - FOR YOU 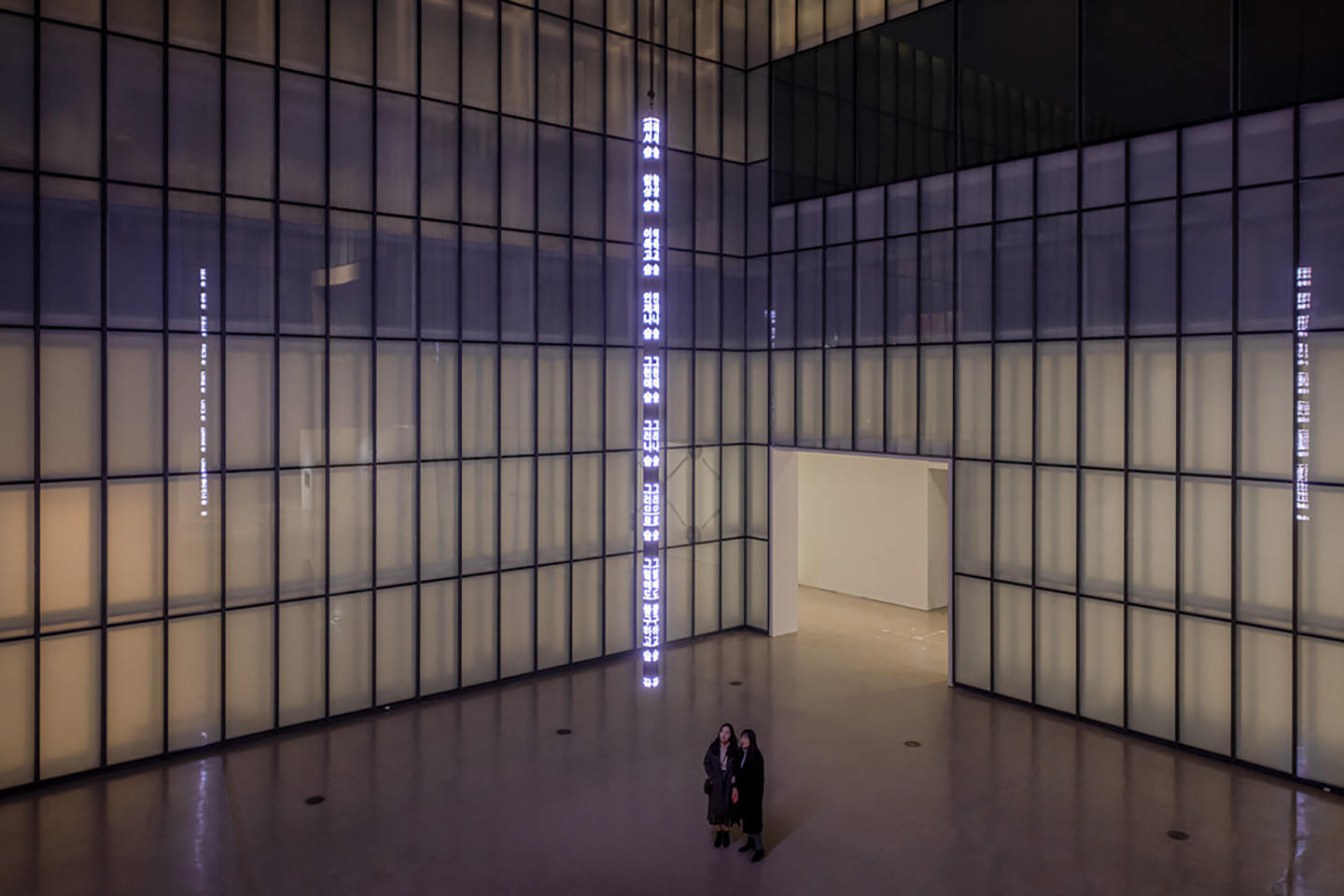 The MMCA Commissioned Project showcases large-scale installations by leading contemporary artists who advance a new discourse and progressive vision for contemporary art. For the 2019 project, MMCA is collaborating with American artist Jenny Holzer, who employs language in various public spaces to address collective concerns and private anxieties. For the MMCA Commissioned Project FOR YOU: Jenny Holzer, the artist presents new works at MMCA Seoul (Seoul Box / lobby) and MMCA Gwacheon (outdoor space). Holzer’s works expand the museum space by encouraging debate and reflection on an array of contemporary and historical issues.

When Holzer came to prominence in the late 1970s and early 1980s, the United States was experiencing rapid, radical cultural and political change, sparked by factors such as the rise of consumer culture; increasing awareness of race-, class-, and gender-based discrimination; a lack of faith in government in the wake of the Vietnam War; and the AIDS crisis. This was the context in which Holzer’s best-known series, Truisms (1977–79), first appeared. Printed as cheap posters, the Truisms—comprising over 250 concise, aphoristic statements concerned with the construction of personal and societal beliefs, mores, and truths—were pasted anonymously throughout downtown Manhattan, inviting pedestrians to consider the contradictions within absolutist beliefs and socially conditioned truths.

In the 1980s, Holzer began to explore new mediums, including LED displays, transforming text with light, color, and movement. She presented messages such as "ABUSE OF POWER COMES AS NO SURPRISE" and "PROTECT ME FROM WHAT I WANT" on an immense electronic billboard in New York’s Times Square in 1982 and again in 1985, reaching a wide public audience and turning a tool of advertising and mass media into a surprising, alternately confrontational and introspective work. In the 1990s, Holzer began working with large-scale light projections, casting scrolling text onto cityscapes, such as the Arno River bank in Florence (1996), and natural landscapes, such as the beach in Rio de Janeiro (1999). Since then she has projected onto countless landmarks and sites of interest around the world, including the Spanish Steps in Rome, the Louvre Pyramid in Paris, the Guggenheim Museums in New York and Bilbao, and City Hall in Singapore.

When presented in its many forms, from Styrofoam cups, postcards, and T-shirts to immense projections on building facades and the natural environment, Holzer’s text immediately draws attention and elicits open conversations and multiple interpretations. Her work invites public discussion of current issues as well as universal concerns ranging from political conflict and war to love and sex, often providing a public platform for marginalized and excluded voices.

FOR YOU: Jenny Holzer presents texts by Holzer and other authors selected by the artist on posters, a robotic LED display, and stone carvings. Created especially for this project, a new monumental LED artwork, FOR YOU, foregrounds the voices of women, featuring texts in Korean and English by five contemporary writers: Kim Hyesoon, Han Kang, Emily Jungmin Yoon, Svetlana Alexievich and Hawzhin Azeez. Examined together, the work of these authors reflects on diverse accounts of vulnerability and abuse of power, life and death, and the ways gender and sexuality play into violence and oppression. The sculpture resonates with our turbulent era of ongoing wars, terrorism, and violence, and the unforgettable pain of those suffering. Holzer actively engages with and addresses pressing concerns, maximizing her messages in public spaces and emphasizing their urgency and immediacy. MMCA anticipates that this project will inspire you to ask the questions evoked by the texts and listen to the voices resonating within you.