Martine Syms - She Mad Season One 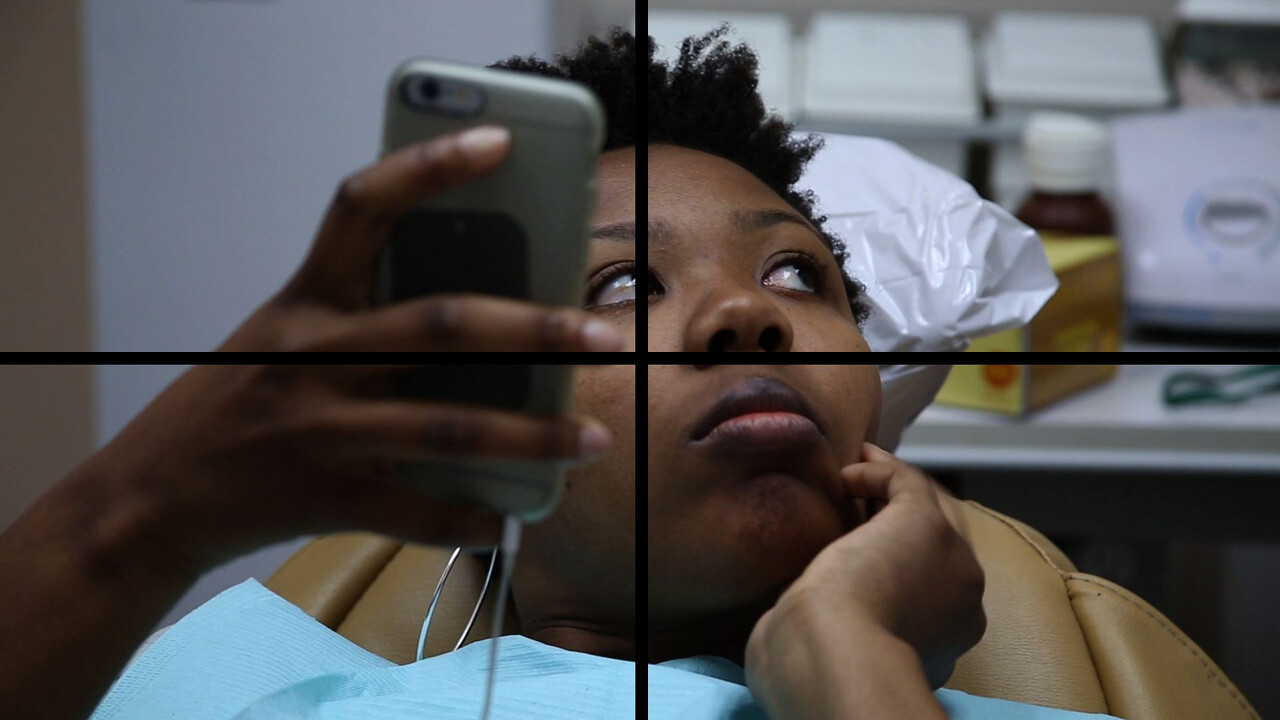 The Museum of Contemporary Art Chicago is thrilled to present Martine Syms: She Mad Season One, a solo exhibition by Los Angeles-based artist Martine Syms (b. 1988, Los Angeles, CA; lives in Los Angeles, CA). Syms is widely recognized for a multidisciplinary practice that reflects on contemporary visual culture with humor and biting social commentary.

The exhibition features Syms’s five-part video series She Mad (2015–2021) and marks the US premiere of The Non-Hero, the most recent episode in the series. She Mad is a semi-autobiographical sitcom about a young Black woman trying to make it as an artist in Los Angeles. Drawing from early cinema, television shows, advertisements, and internet memes, Syms explores the ways Black experiences are constructed on television, in film, and online.

The exhibition situates five video works, A Pilot for a Show About Nowhere (2015), Laughing Gas (2016), Intro to Threat Modeling (2017), Bitch Zone (2020), and The Non-Hero (2021), within an immersive sculptural installation featuring newly produced custom seating and exposed aluminum studs painted in the artist’s signature shade of purple—a reference to both the chroma key backdrops frequently used in the post-production of films and television shows and Alice Walker's 1982 novel The Color Purple.

The Non-Hero (2021) takes the form of a series of brief clips modeled after rapper Lil Nas X’s popular “Life Story” videos on the social media platform TikTok. Mirroring its source material, Syms’s video blurs the lines between fact and fiction to examine the versions of ourselves we share on social media. Another highlight of the exhibition, the four-channel video Laughing Gas (2016), is based on a 1907 slapstick comedy of the same name, notable for featuring the Black silent-film actress Bertha Regustus in the lead role. In this modern restaging of the film, Syms stars as the main character who goes to the dentist, receives laughing gas, and then learns that her insurance company has denied coverage for the visit. Combining footage from security cameras, television clips, and animated GIFs, Syms puts her version of the character into dialogue with contemporary representations of Blackness in popular media.

The exhibition is produced in collaboration with Bergen Kunsthall, in Bergen, Norway. The MCA’s presentation is curated by Jadine Collingwood, Assistant Curator, with Jack Schneider, Curatorial Assistant.

The exhibition will be open to the public from July 2, 2022, through February 12, 2023, and is presented in the Bergman Family Gallery on the museum's second floor. Lead support is provided by the Harris Family Foundation in memory of Bette and Neison Harris, Zell Family Foundation, Cari and Michael Sacks, R.H. Defares, and Susie Karkomi and Marvin Leavitt.

Major support is provided by Citi Private Bank, Anne Kaplan, Karyn and Bill Silverstein, and Charlotte Cramer Wagner and Herbert S. Wagner III of the Wagner Foundation. This exhibition is supported by the Women Artists Initiative, a philanthropic commitment to further equity across gender lines and promote the work and ideas of women artists.