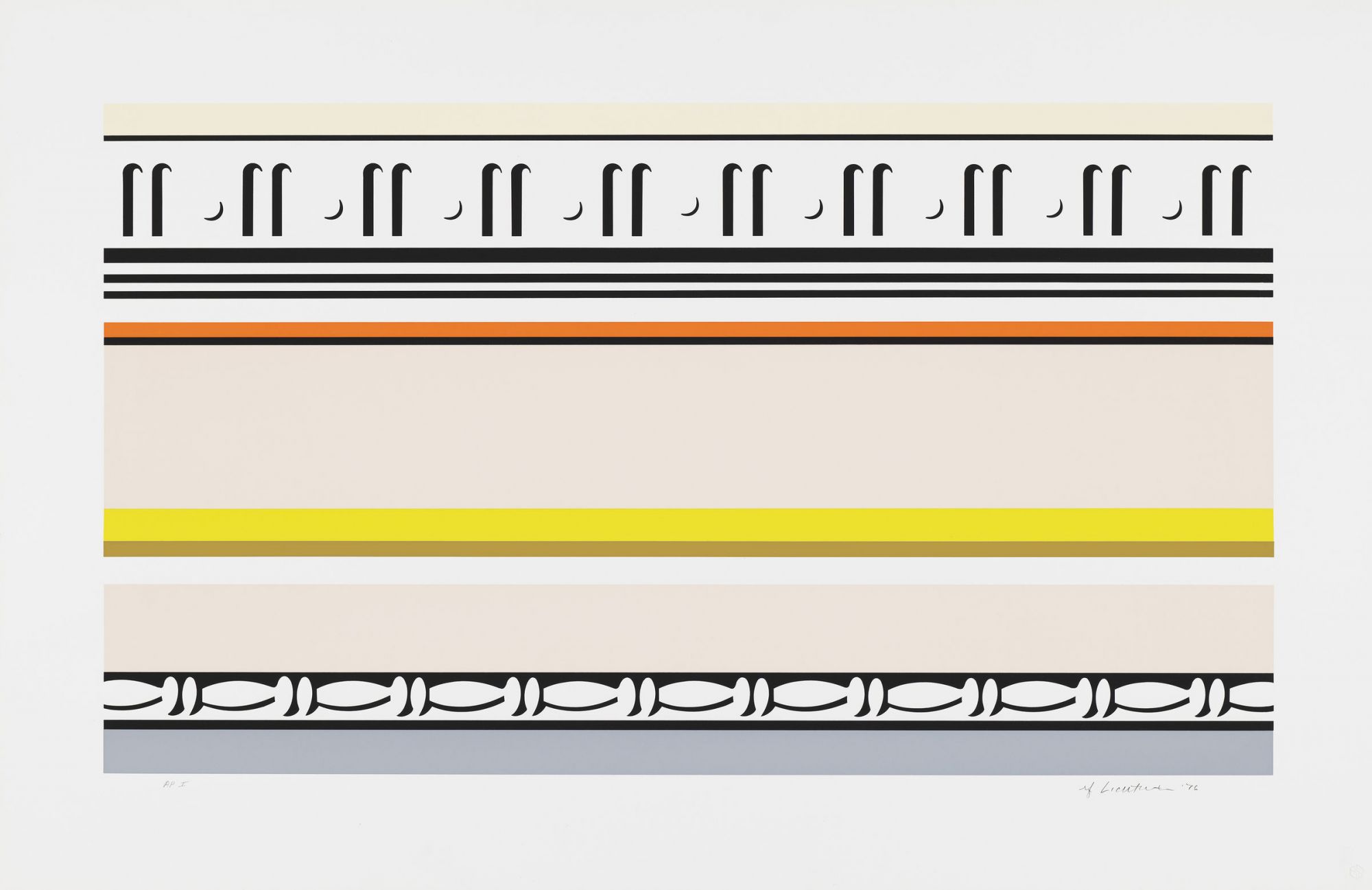 Order and Ornament: Roy Lichtenstein’s Entablatures will be on view in the Susan and John Hess Family Gallery on the Museum’s third floor.

Order and Ornament highlights Lichtenstein’s inventive processes and techniques across drawings, collages, prints, photographs, and archival materials, including one of the artist’s sketchbooks. The works included in the capsule presentation range from never-before-exhibited photographic studies that initiated the Entablatures series in the early 1970s to the technically complex prints that form its culmination in 1976. Inspired by the architectural facades and ornamental motifs the artist encountered around Wall Street and elsewhere in Lower Manhattan, the works in the exhibition address many of Lichtenstein’s central artistic themes while demonstrating a unique emphasis on texture, surface, relief, and reflectivity.

“The Entablatures series is an incredibly rich body of work, representing a high watermark for material experimentation in Lichtenstein’s career. Multilayered in its formal and conceptual references, the series offers an incisive and drily ironic look at the intersection of contemporary art, Classical and modern architecture, and hackneyed emblems of, in the artist’s words, ‘the establishment,’” said David Crane, curatorial fellow.

Named for the horizontal structures that rest atop the columns in Classical Greek architecture, Lichtenstein’s Entablatures series represents a distinctly American derivative, one based in revivalist, industrialized imitations that were built en masse in the early twentieth century. By isolating these, Lichtenstein traces the effect of mass production and replication on cultural forms, much as he had done in his earlier Pop paintings of comics and consumer goods. A sustained investigation into pattern and repetition, the Entablatures series also underscores the echoes of Classical order embedded within the contemporaneous serial structures of Minimal sculpture and Color Field painting.