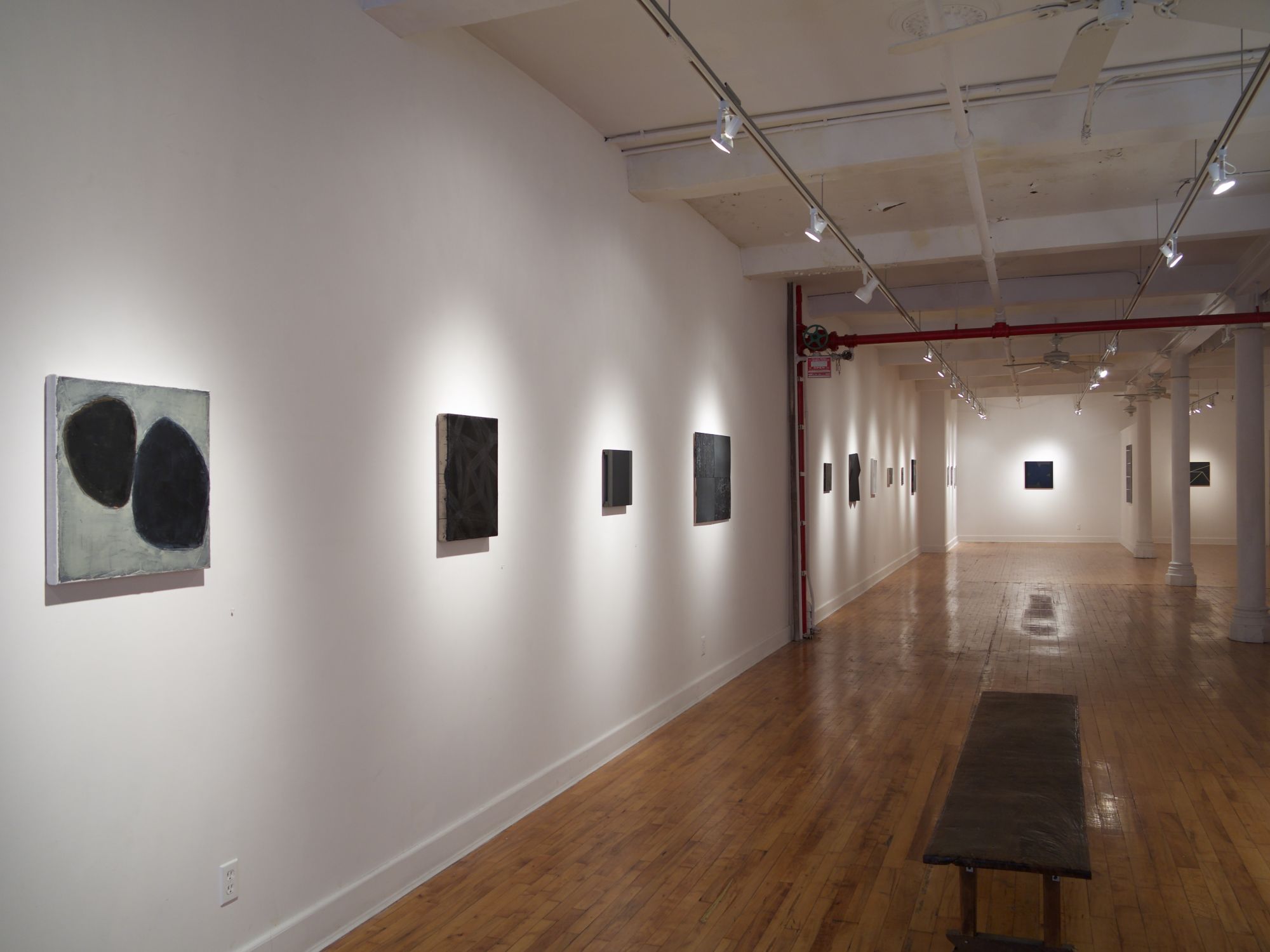 This exhibition of paintings featuring the color black -- all of relatively small size to enhance visual coherence -- was curated by the German artist Ivo Ringe and the American artist, Joe Barnes. The exhibition concept was developed by Ivo Ringe, Joe Barnes and Po Kim, the Korean-American artist and co-founder of the Sylvia Wald and Po Kim Art Gallery.

The exhibition curators have made the following statement concerning the theme of "Painting Black":

Every painter has the "non-color" black as his ultimate antagonist. When everything is black, we cannot see anything anymore -- only black. All is hidden within the blackness and has no figure or form. Black swallows all. This addresses the core-issue of the painter: To shape and figure existence, to allow differentiation to shine -- background and foreground, form and size -- articulated from the mere infinite. Then how can black support this pursuit rather than rendering it invisible? Black can be used as a means of structure. It allows the distinction between surface and background. Black can highlight plasticity and depth. Many artists have had periods in which they were fascinated by the conditions that black offers. They have used it as a means to focus on the artistic process of creation. The artists shown in the exhibition are distinguished by the fact that they manage to convey dimension, structure and meaning in spite of the "hindrance" of the non-color: black. As a result, their works act as meditative contemplations, artworks which open portals within ourselves.

Contemporary artists in the exhibition:

To add historical perspective to the exhibition, two American artists of the Abstract Expressionist era who often emphasized black in their work are included: Rollin Crampton and Sal Sirugo.