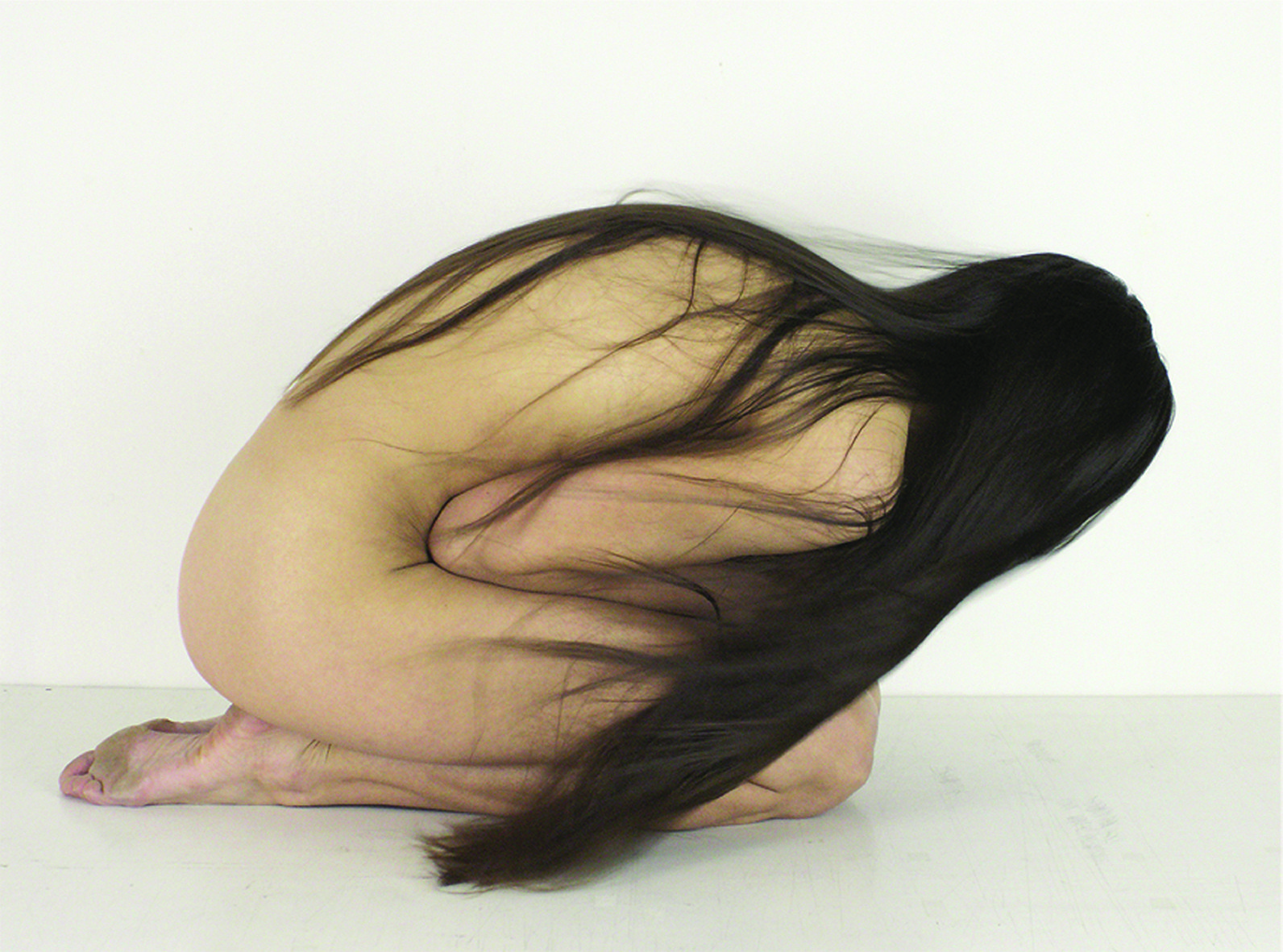 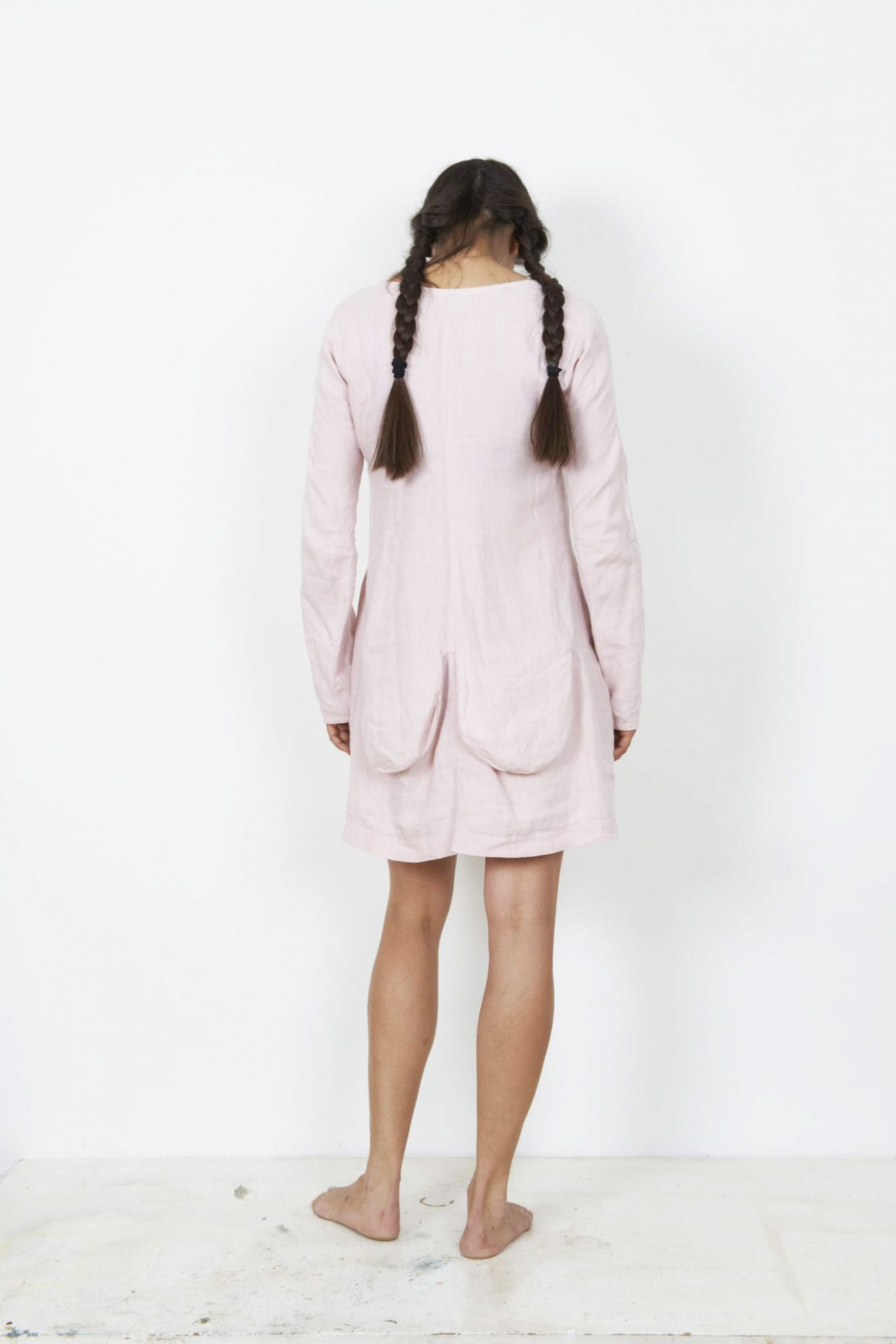 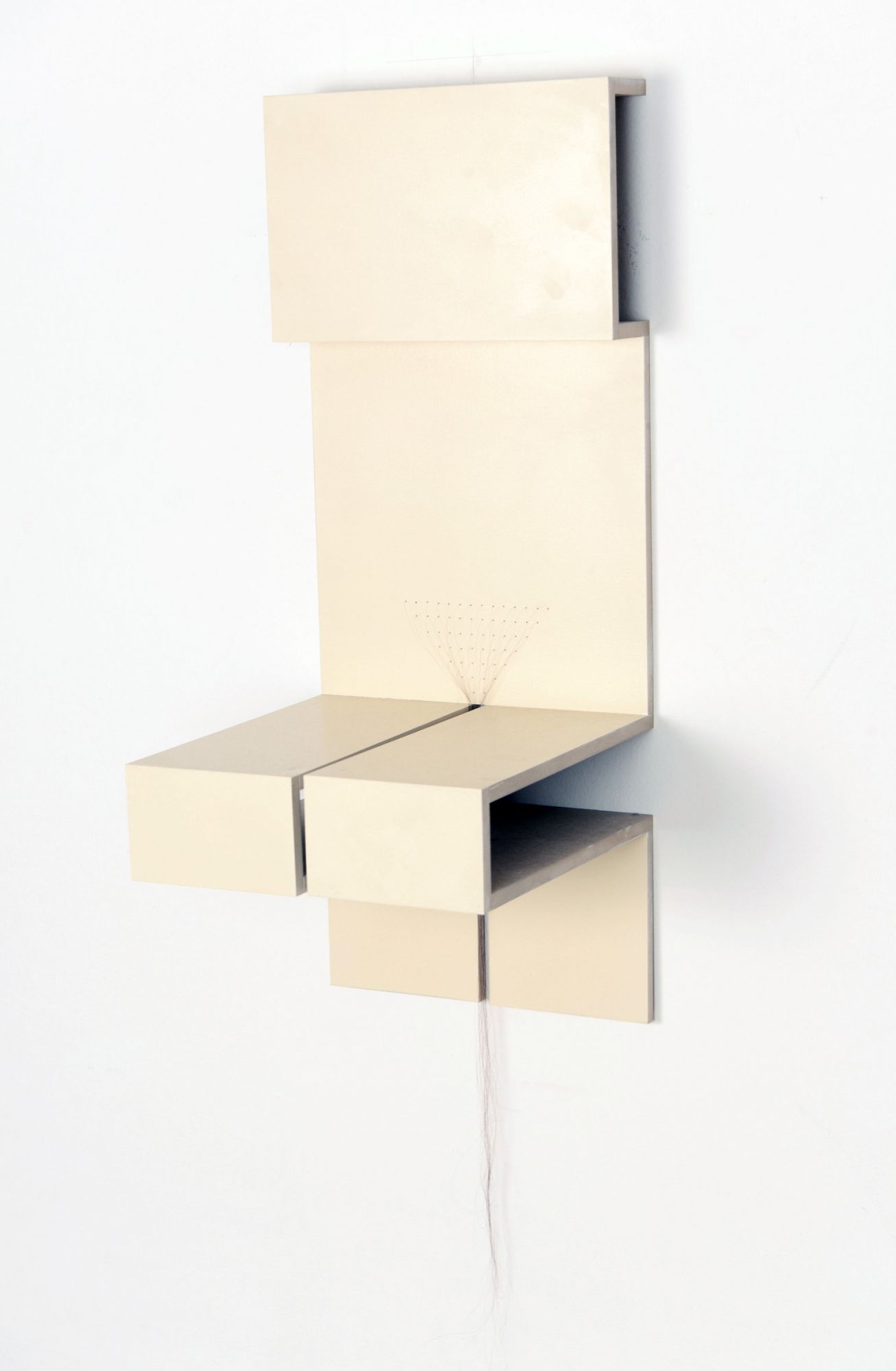 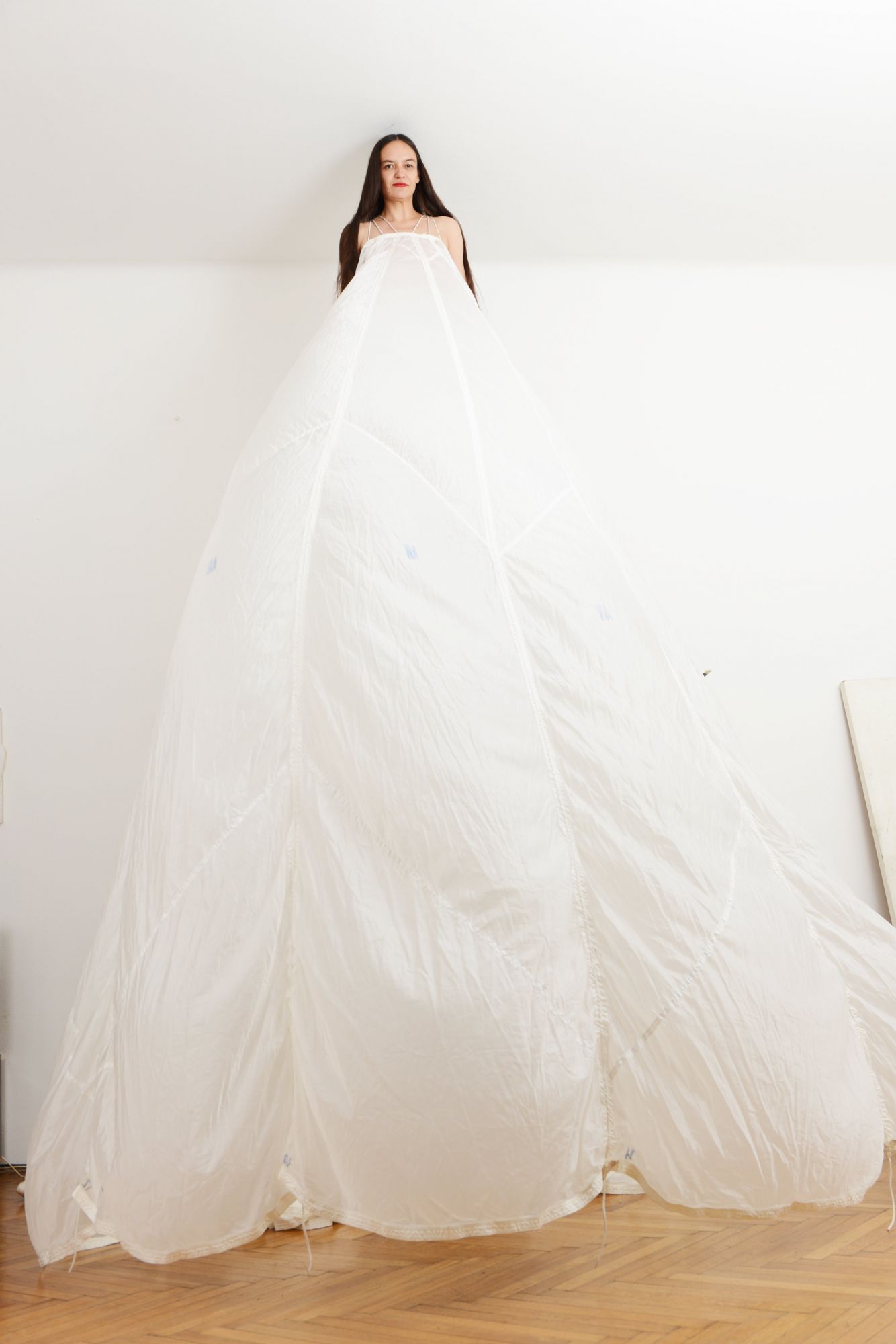 Passing from the body to the clothes to the artefact: Actually, that sounds like a linear link, but on closer inspection it is the complex relationship that Sabine Ott has developed consistently over the years creating hybrid and fragile structures that question everyday culture and the position of women within publik and private spheres.[1]
Sabine Ott's solo exhibition Frozen Performance, which takes place from January to March 2018 in the Galerie Michaela Stock in Vienna, shows the coexistence of archtitecture, photography, sculpture, fashion and design, she never considered these diverse disciplines as seperate from each other. She documents processes, changes, and preserves movement sequences; always with the intention of storytelling. Sabine Ott works with objects which are found, which are lost (her hair), with textiles and with language.
[...] So the body - mostly her own - is the starting point and anchor of her work, albeit the referentiality of the objects shifts depending on the position of the viewer. She develops the clothes almost like architectural structures; they raise questions about the relationship between body and object, between envelop or shell and the core, and the essence that lies behind. Her textile envelopes create a new tissue in concordance with the body. [...]
Ott occasionally stages her own body as an art object, but only to announce her own events. Such mises en scene have spawned a seperate series of photographic works, in long-term cooperation with the photographer, Alexandra Eizinger. For the invitation of her first revue Ott Couture she staged herself in a costume representing an opulent fried egg, also urging relegations to pop culture. Is the fried egg in this context a mere costume or a performance tool? [...]
Her artworks [...] liberate the body from common notions of fashion in the sense of timeliness, instead leaving a mental blank space for one´s own interpretation of the wearer as acting subject. [2]

Biography:
Sabine Ott born 1970 lives and works in Vienna. Apart from her work as an artist, Sabine Ott runs a salon in her home studio, where she sells clothes and clothing items. Since 2015, biannually , she produces her own show: Ott Couture.