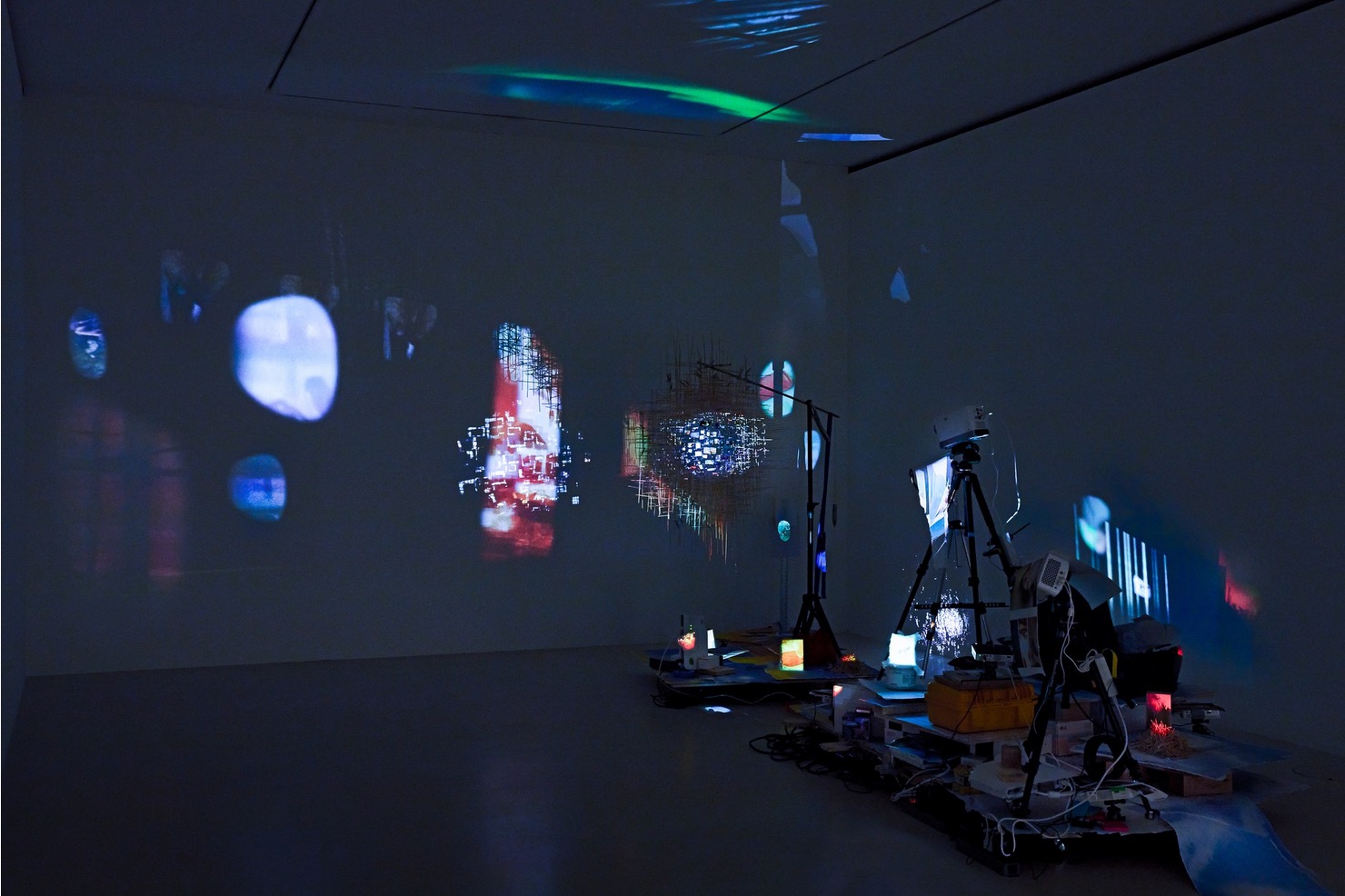 Sculpture spills from its edge into the world in this very complex way that isn’t bound by the frame. In painting, the world spills into the frame, and sometimes we confuse that frame with the world.
—Sarah Sze

Gagosian is pleased to present new works by Sarah Sze. This is her first solo exhibition in Paris since her presentation at the Fondation Cartier pour l’art contemporain more than two decades ago.

A peerless bricoleur, Sze gleans objects and images from worlds both physical and digital, assembling them into complex multimedia installations that prompt microscopic observation while evoking a macroscopic perspective on the infinite. In recent years she has returned to painting—the medium in which she first trained—producing works that translate her processes of sculptural accumulation into the making of collaged paintings that are detailed, dynamic, and highly textural.

Just as the postwar affichistes elevated the accumulated visual grit of everyday urban life to the status of a painting, Sze’s large-scale panel paintings collapse multiple forms of picture making into an intricate but unified visual language. In some, photographic scraps are torn and visibly taped to the surfaces, resulting in abstracted tableaux that conjure pixelation while retaining the aura of the analog and the handmade. Sze layers paint over and under these jagged paper geometries, weaving them into each composition in sweeping arcs, thrumming lines, and shimmering gradients. In others, the textures are pure trompe l’oeil, achieved solely through photographic collage.

In a series of four small paintings partly inspired by Piet Mondrian’s phasing of a tree motif into total abstraction, Sze begins with a seed image: a manipulated digital photograph of one of her previous paintings or sculptures, which then becomes the foundation for a new work. In this generative and recursive process, decisions made in one composition resonate in connected visual constellations that either persist or decay with the passage of time.

Alongside these new paintings, Sze presents a new multimedia installation entitled Plein Air (Times Zero) (2020), a reference to French Impressionist painting that describes her own earliest forays into the medium in her formative years. Citing the Russian Constructivist notion of the “kiosk” as a key inspiration, the installation is conceived as a portable station for the interchange of images and the exchange of information. Plein Air (Times Zero) combines intricate assemblage and video projection, functioning as a kind of tool or portal that pulls images from the world and presents them in the gallery space in a transformed state. Thus, moving and static images are enmeshed with sculpture and architecture in a loop that conflates input and output, production and consumption.

Also on view is Double Wishbone (2020), a barely there sculpture comprised of delicate steel chains linked with “pure paint,” Sze’s term for a ribbon of dried paint that is the autonomous trace of her process. Suspended in the stairwell of the Paris gallery, with other iterations dispersed around the space casting faint shadows, Double Wishbone invokes Marcel Duchamp’s Hat Rack (1917/1964) as well as his concept of inframince—conjured by a pane of painted glass seen from the unpainted side, or the smell of cigarette smoke mingling with that of the mouth exhaling it.

This year, the Public Art Fund commissioned Sze to create a permanent large-scale artwork at LaGuardia Airport, New York. In December the Fondation Cartier pour l’art contemporain in Paris will present her second solo exhibition of new work. She is also preparing a solo exhibition at the Solomon R. Guggenheim Museum, New York.