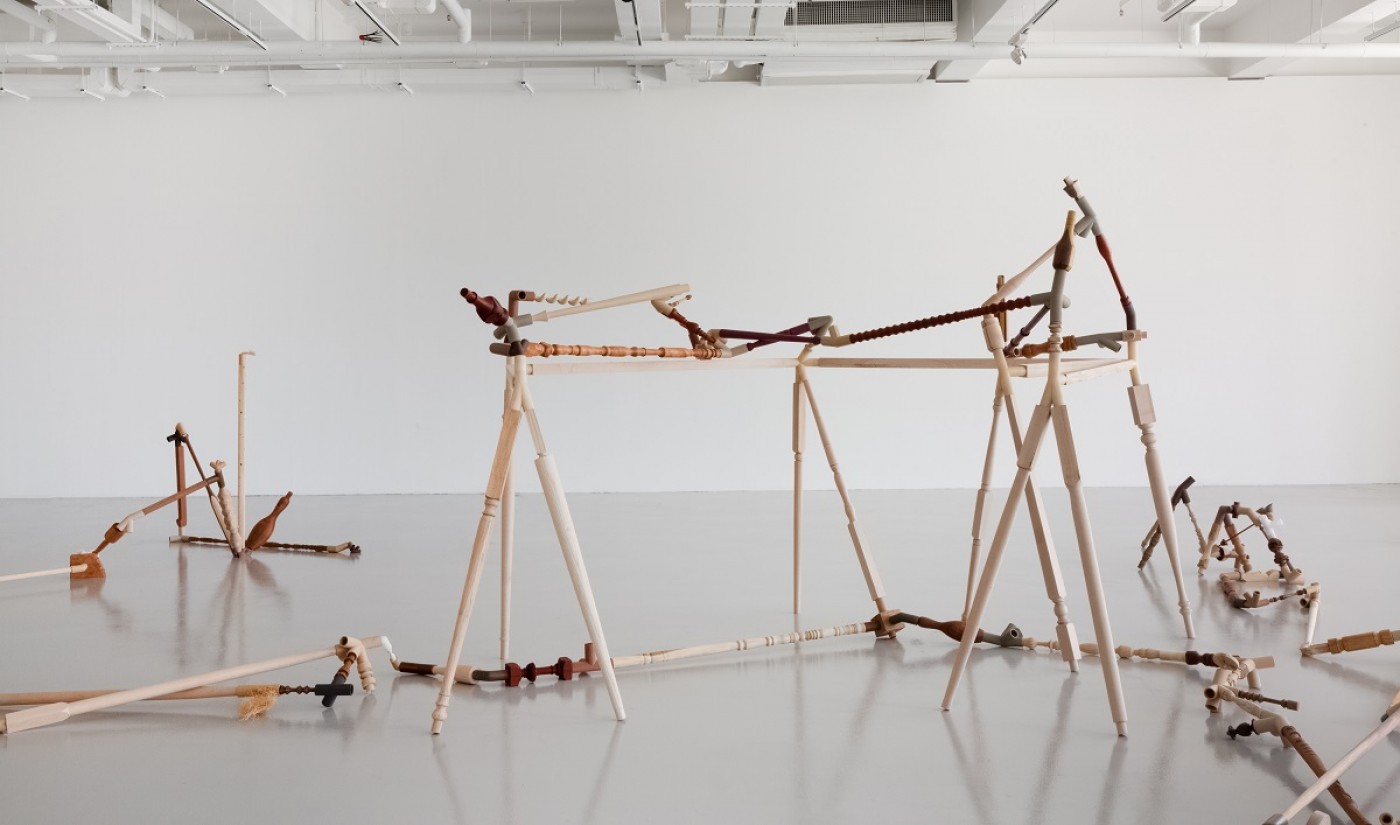 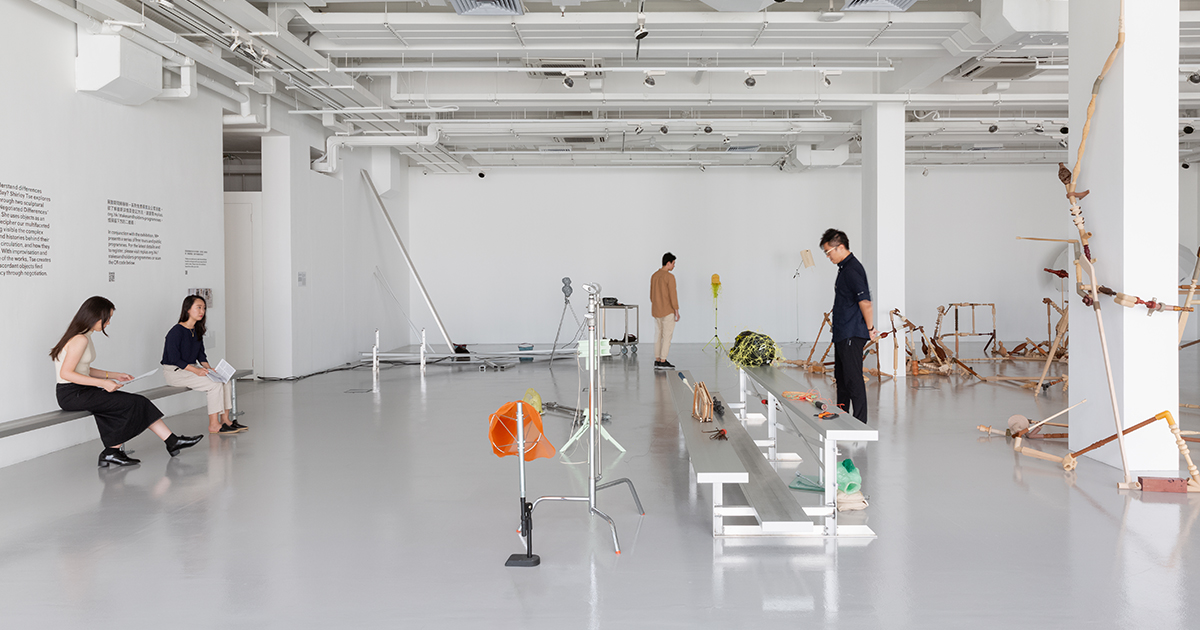 Over the past two decades, the Los Angeles–based Hong Kong artist Shirley Tse has addressed the various meanings and possible interpretations of materials and things. Her sculptural practice has evolved from considering plastics as the prime signifier of globalisation through circulation, standardisation, and industrialisation to examining plastic as an adjective, and the resonance of plasticity, movement, and multiplicity. In Stakes and Holders, Tse mediates contrasting materials with processes to reflect on interconnections in a pluralistic world. Using sculpture as a mode of multidimensional thinking, she emphasises negotiation as a fundamental component of living in contemporary societies. The ever-changing social and material landscape of Hong Kong is an enduring source of inspiration for Tse, and the exhibition at the M+ Pavilion foregrounds the city’s dynamic relationships and unique conditions of negotiation.

Negotiated Differences is a sprawling, rhizome-like installation of 3D-printed joints and hand-turned wooden forms that stretches across the pavilion’s spaces, drawing attention to aspects of the architectural design. Balusters, handrails, bowling pins, and abstract objects are connected by wooden, metal, and plastic elements, bringing together craft, mechanical, and digital technologies into an integrated whole. For the Hong Kong installation, new wooden components are included that refer to the city’s contemporary material culture. The COVID-19 pandemic prevented Tse and Li from participating in the installation of the work in person. It is installed through extensive conversation between the artist in Los Angeles, the curator in Amsterdam, and the M+ team in Hong Kong. The exercise in improvisation draws out the responsiveness that is at the core of Tse’s approach and amplifies the urgency of negotiation and change in the way we work and live.

Playcourt comprises sculptural amalgams of equipment and anthropomorphic forms, as well as radio antennas that pick up local non-commercial frequencies. The work emphasises the negotiation between people and space that is a fundamental component of play. This negotiation is at the heart of Stakes and Holders; the exhibition encourages us to connect across differences while exercising our agency as individuals, to recognise with empathy and sensitivity what is at stake and the extent to which we are all stakeholders.

Join us online for the exhibition opening video on Tuesday, June 30, 2020, at 3pm Hong Kong time, at www.mplus.org.hk/stakesandholders. Hong Kong–born, Los Angeles–based artist Shirley Tse works in the mediums of sculpture, installation, photography, and text. She at once deconstructs the world of synthetic objects that carry paradoxical meanings and constructs models in which differences might come together. To visualise heterogeneity, Tse conflates different scales, fuses the organic with the industrial, moves between the literal and the metaphorical, merges narratives, and collapses the subject and object relationship.

Tse received the John Simon Guggenheim Memorial Foundation Fellowship in 2009 and has been on the faculty at California Institute of the Arts since 2001, where she is the Robert Fitzpatrick Chair in Art.

Christina Li is a curator and writer working between Hong Kong and Amsterdam. She was the Curator-at-Large at Spring Workshop, Hong Kong, where she served as the Director between 2015 and 2017. At Spring, she curated, among other projects, A Collective Present (2017), Wu Tsang: Duilian (2016), and Wong Wai Yin: Without Trying (2016). Her exhibition Dismantling the Scaffold (2018) was the inaugural exhibition at Tai Kwun Contemporary, Hong Kong. As a writer, she has contributed to publicatons including Artforum, Art Review Asia, LEAP, Parkett, Spike, and Yishu Journal of Contemporary Art. She was the curator of Shirley Tse: Stakeholders, Hong Kong in Venice, Hong Kong’s participation at the 58th Venice Biennale (2019). She was recently named curator of the Pavilion of Finland at the 59th Venice Biennale (2022).