The Kalpana. In desert times 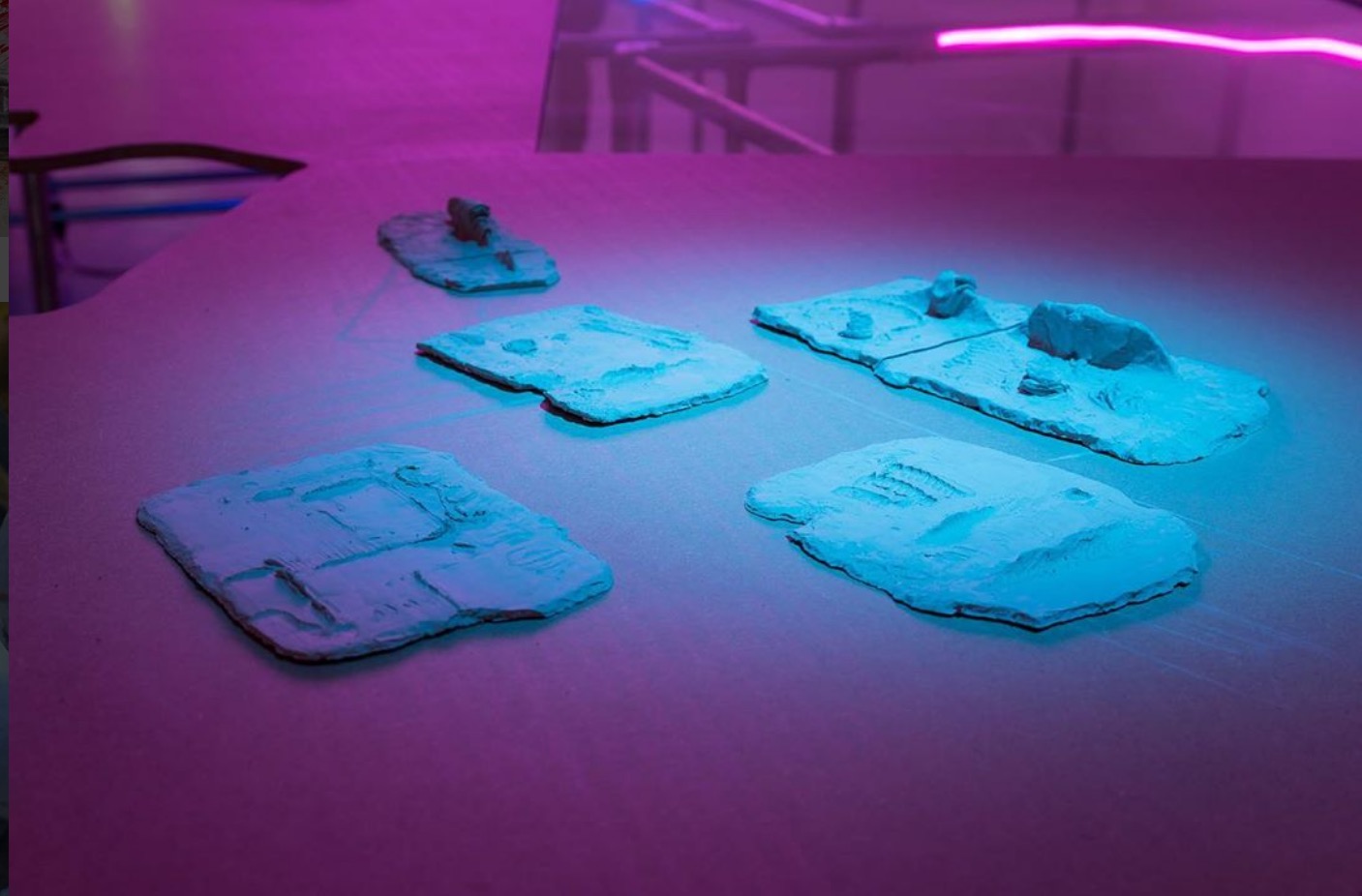 Into the middle of things, right away, not only in terms of time, but also of space, there is the glistening brown horizon of the future, spread out thin, no more than the width of a grain of rice, but full of promise, visible even in the white ghostly fog and the inexhaustible sterile saline whiteness of the present. However, the truth is that this horizon, which we call the future, is also beneath it all, folded into the planetary archives.
Bodhisattva Chattopadhyay, Speculation: Desert (forthcoming)

Founded in 2016, the work of The Kalpana (Sanskrit: create, imagine) centres on what the collective calls the “speculative desert”. Against the backdrop of climate change and increasing desertification sweeping large parts of the world, The Kalpana examines the desert as a site of future visions and science fiction imaginaries. Mapping the speculative desert reveals three intersecting nodes: geo-cultural, bio-artistic and science-fictional, uniting the respective artistic and cultural research fields of the three members of the collective, Goutam Ghosh, Susanne M. Winterling and Bodhisattva Chattopadhyay.

The first institutional exhibition of The Kalpana In Desert Times at Kunstverein Freiburg consists of two main elements: a map of the speculative desert planet and an accompanying glossary. The interactive, three-dimensional desert map presents the collective’s research on the topic of future species, future artefacts, future codes and transforms the Kunstverein Freiburg exhibition hall into a laboratory, that invites the viewer to speculatively explore the desert planet. The sources of inspiration for this large-scale instillation are first and foremost the collective’s research trips to the Great Rann of Kutch desert salt marsh on the boarder between India and Pakistan, as well as to the nearby archaeological site Dholavira, which is attributed to the Indus Valley civilisation. Secondarily, the collective draws inspiration form desert planets in science fiction, such as fictional descriptions of Mars. The focus lays on the development of possible survival strategies in a desert landscape by learning from and being with other life-forms and non-life-forms, such as mountain ranges, sand formations, cacti and camels.

However, such scenarios of survival on desert planets are no longer purely science fiction. The United Nations Environment Programme warns that at a minimum, three quarters of the earth’s landmass are under threat of desertification. These man-made processes are accelerated further by climate change. And yet on the Indian subcontinent, this extensive destruction of land and life has become the norm for drought affected desertified landscapes. Whilst earth turns to dust, governments and corporations dream of colonising Mars. Thus, The Kalpana’s interdisciplinary research starts with a simple question: why does the imagination turn to another desert planet as a site of escape, when we are hurtling towards the desert of our own? The collective encourages us to stretch our imaginations and think in an adaptive and transformative mode, beyond crippling doomsday scenarios, visualising futures worth living.

Sat, 09 May, 2–9 pm
In desert times
Symposium with The Kalpana and academics
from the Institute of Geography at the University of Freiburg