To Light, Shadow and Dust 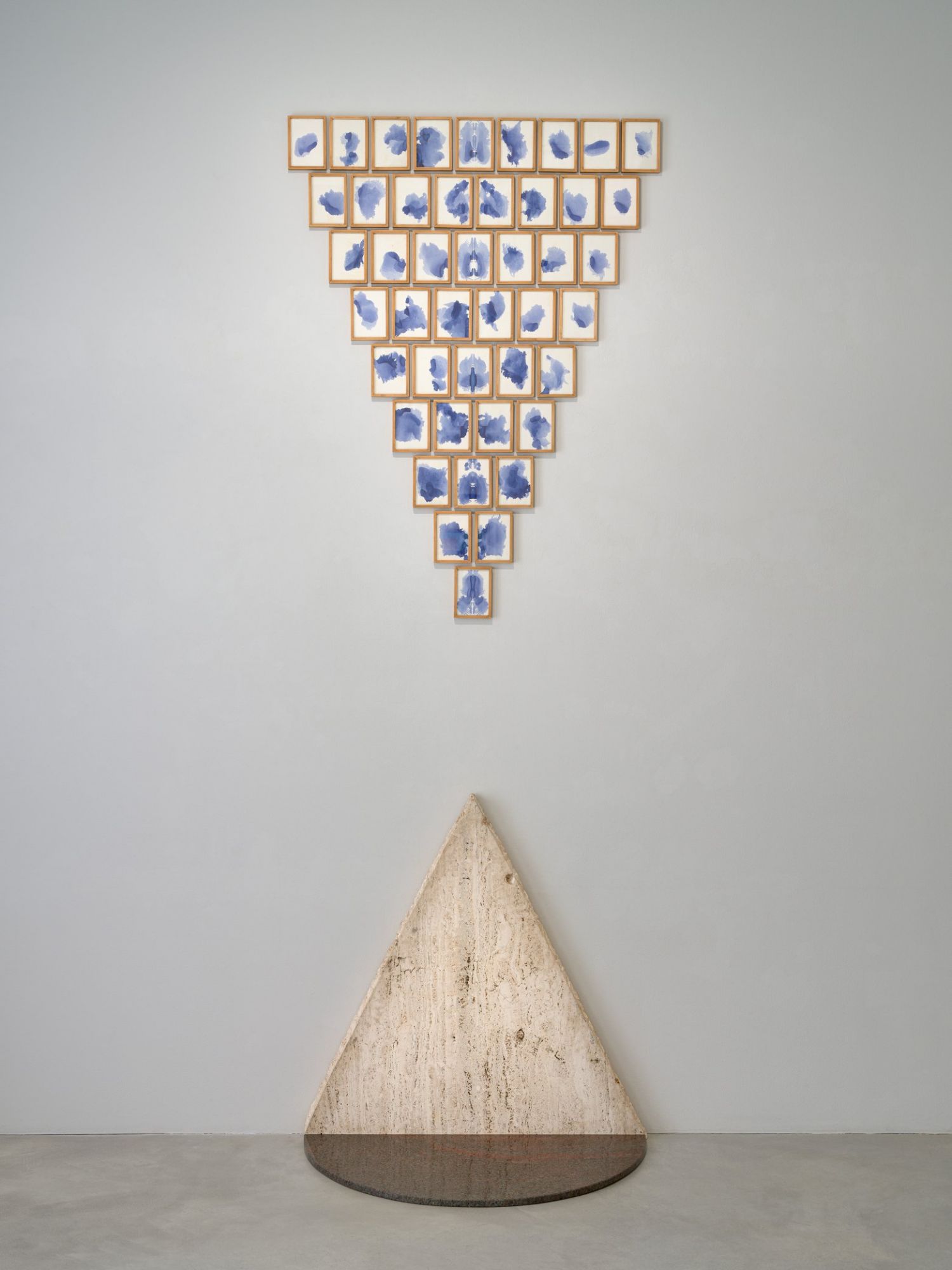 To Light, Shadow and Dust

In the titular work Hreinn Fridfinnsson uses thirteen gilded glass plates to provide a stage for the poetic beauty of the immaterial: the gold projection of the inexorably changing daylight on the wall, the wandering shadows, the course of time that can be read from the layers of dust that inevitably gather on the wall objects. The non-hierarchical arrangement of the gold objects follows a principle of seriality and repetition, but does not create a self-referential structure. Fridfinnsson’s work thus represents an antithesis to Sol Lewitt’s demands of the serial artist as formulated in the text accompanying his work "Serial Project, I (ABCD)" (1966). He is not a “clerk cataloguing the results of his premise” but creates beautiful or mysterious objects. The multilayered engagement with seriality and repetition as a complex aesthetic principle forms the key point of departure that brings together the diverse artistic works in this exhibition. Many of the works activate the potential of significance of minimal alterations and subtle changes of state by repetition and share a proximity to Fridfinnsson’s sensibility for the ephemeral, transformability, and discontinuity that seems to subvert the rational logic of clear and simple serial order. read more

Repetition as reconstruction, where artistic-creative production tends towards nothing, can be found in Ignasi Aballí’s Attempt of Reconstruction. In an arduous process, Aballí tries to reassemble countless shards of broken measuring cups. An impossible task, for the vessels could never again contain fluid and thus linger in an uncertain limbo. Eva Löfdahl provides identical, unspectacular industrial everyday objects, like two milk bottles and two metal clips on two opposite walls, with an enigmatic function and a new status.

Spencer Finch’s shots of one and the same spot on the studio wall exactly a day apart reveal a difference that is scarcely noticeable visually, but fundamental. Alongside one another, the two photographs reveal the movement of the light on the wall and mark the Earth’s movement in its orbit around the sun. The title refers to the incomprehensible distance of 2,562,451.2 kilometers that the Earth passes in a twenty-four-hour period. Elena Damiani’s four equally shaped floor structures illustrate the unimaginable power of the wind that to shape stone and the earth’s surface. Their egg-shaped form refers to ventifacts, stones whose surface has been worn down or polished by the grains of sand blown in the wind and the bent forms that the wind leaves behind in the dunes. Michel Schmidt’s photo-essay Lebensmittel and Sirous Namazi’s Module Piece refer to an important historical line of development of the principle of seriality in industrialization’s aspirations towards rationalization and reflect possible problems regarding the application of industrial standards to areas of life like foodstuff production and forms of dwelling.

From the perspective of perception psychology, serial repetitions play a central role in the formation and identification of similar elements and patterns. The playful polka-dot patterns of Ryan Mrozowski’s object paintings thematize not just the impulse of human perception to recognize schemata, but also refer to the long history of pattern recognition in modern painting. Repetitive patterns generate a sense of order and correspond to our longing for categorization. This pleasure in classification is critically challenged by Frida Orupabo in her six-part collage of disparate black and white photographs. She provokes the deeply rooted reflex to identify things due to external appearances, surfaces, and patterns.

Sofia Hultén’s wall object Pattern Recognition VII playfully targets questions of the fundamental human schemata of perception. Using a pegboard and tools, she retraces the diagrams that computer scientist Mikhail Bongard developed in the 1960s as a touchstone for intelligent machines. The goal is to recognize the rules that unite the diagrams on the left half and distinguish them from those on the right. Hultén’s works are in a certain sense the test for future AI, which is currently only able to solve abstract diagrams. If AI is ever able to decode Bongard problems in the real world as we know it, we are finished, as Hultén notes