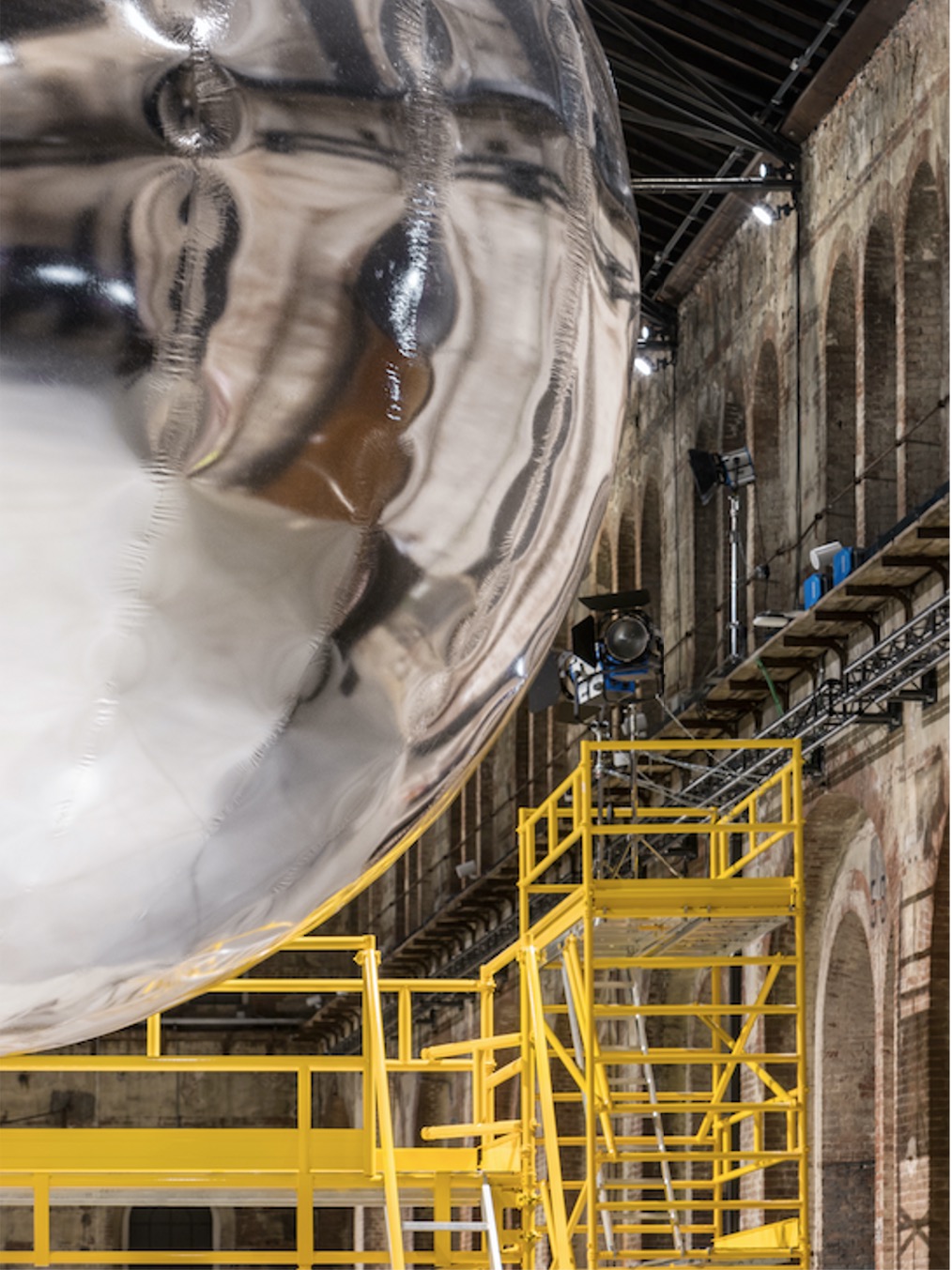 Trevor Paglen has created a series of non-functional satellites that are both sculptural and evocative of our relationship with Space and the politics that govern its colonization.

Developed in collaboration with aerospace engineers, the Satellites are Space-worthy sculptures designed as small, lightweight satellites that expand to become large, highly reflective structures. Placed into low-earth orbit these objects would become sculptures in the night sky, visible from earth after sunset and before dawn as a bright, slowly moving star. The formal aspect of these sculptures articulates a response to the question of what aerospace engineering would look like if its methods were decoupled from the corporate and military interests.

The exhibition in OGR becomes an answer to the discussions on Paglen’s Space investigation questioning the relationship between contemporary art and science by pushing the audience to “re-envision” Space as a place of possibility.