Mission
Dia Art Foundation is committed to advancing, realizing, and preserving the vision of artists. Dia fulfills its mission by commissioning single artist projects, organizing exhibitions, realizing site-specific installations, and collecting in-depth the work of a focused group of artists of the 1960s and 1970s.

History
Dia was founded in New York City in 1974 by Philippa de Menil, Heiner Friedrich, and Helen Winkler to help artists achieve visionary projects that might not otherwise be realized because of scale or scope. To suggest the institution’s role in enabling such ambitions, they selected the name “Dia,” taken from the Greek word meaning “through.”
Today, Dia is a constellation of sites, from the iconic permanent, site-specific artworks and installations in New York, the American West and Germany; to an exhibition program that has commissioned dozens of breakthrough projects; to the vast galleries of Dia:Beacon; and finally the programs of education and public engagement. 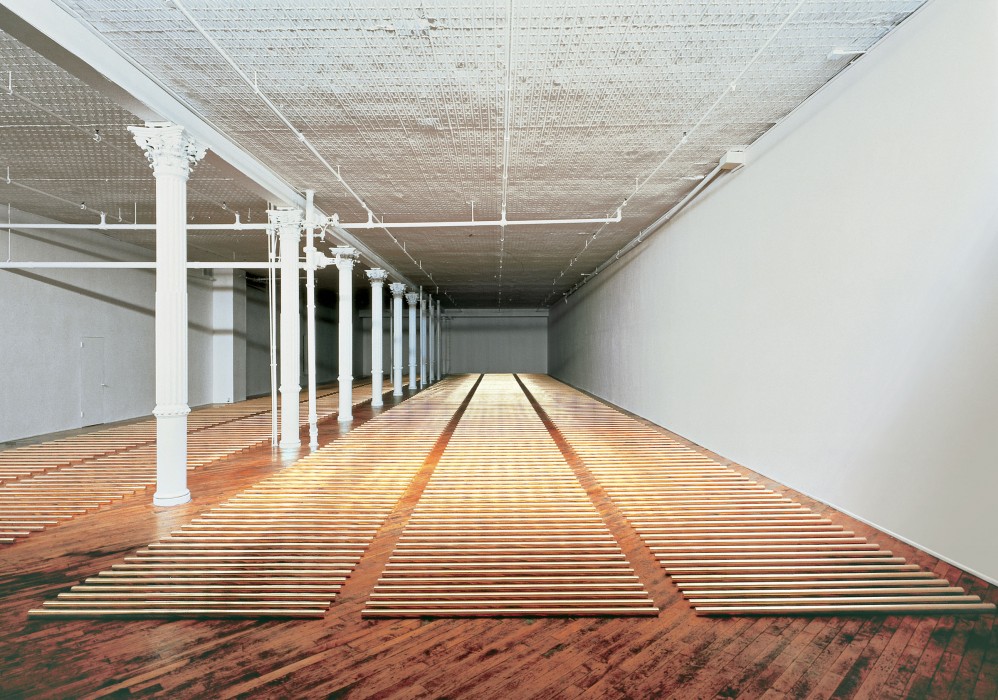