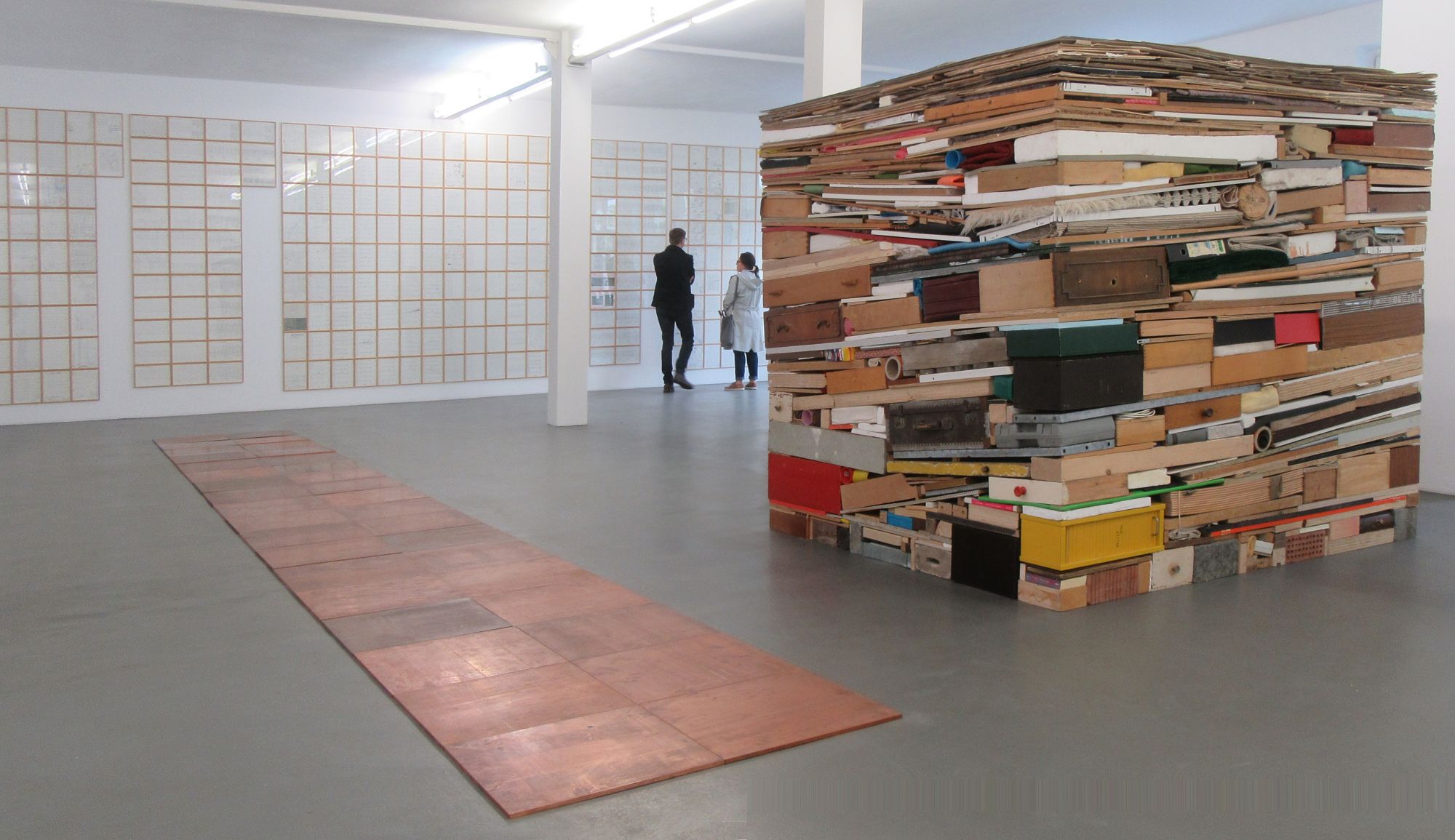 In October 1967, when Dorothee und Konrad Fischer opened a tiny exhibition space in a disused alley in the center of Dusseldorf with an exhibition of a work by Carl Andre, Minimal and Conceptual Art were virtually unknown in Europe. Many artists of those days, including Richard Long, Bruce Nauman, Sol LeWitt, On Kawara, Lawrence Weiner, Hanne Darboven and Robert Ryman had their first European solo exhibitions at “Ausstellungen bei Konrad Fischer“ and their work has been exhibited by the gallery ever since.

Dorothee and Konrad Fischer’s approach consisted of inviting the artists themselves to Dusseldorf rather than just having their works presented there. This not only led to the development of an international network of artists, it also contributed to the creation of site-specific sculptures, paintings and installations. Daniel Buren introduced his interventions, Gilbert & George found a platform for their “Singing Sculpture” and Wolfgang Laib installed sculptures made of beeswax and pollen. New conceptual approaches in painting as well as photography were shown in presentations of work by Robert Mangold, Alan Charlton, Bernd and Hilla Becher and Jan Dibbets whereas Arte Povera artists including Giuseppe Penone, Giovanni Anselmo, Mario Merz and Jannis Kounellis were presented in the gallery shortly after the term had been coined.

In the fall of 2007 Konrad Fischer Galerie opened an additional space in Berlin. Younger international artists as well as the gallery's five decades of history are featured in the exhibition program. The gallery is now run by Berta Fischer.