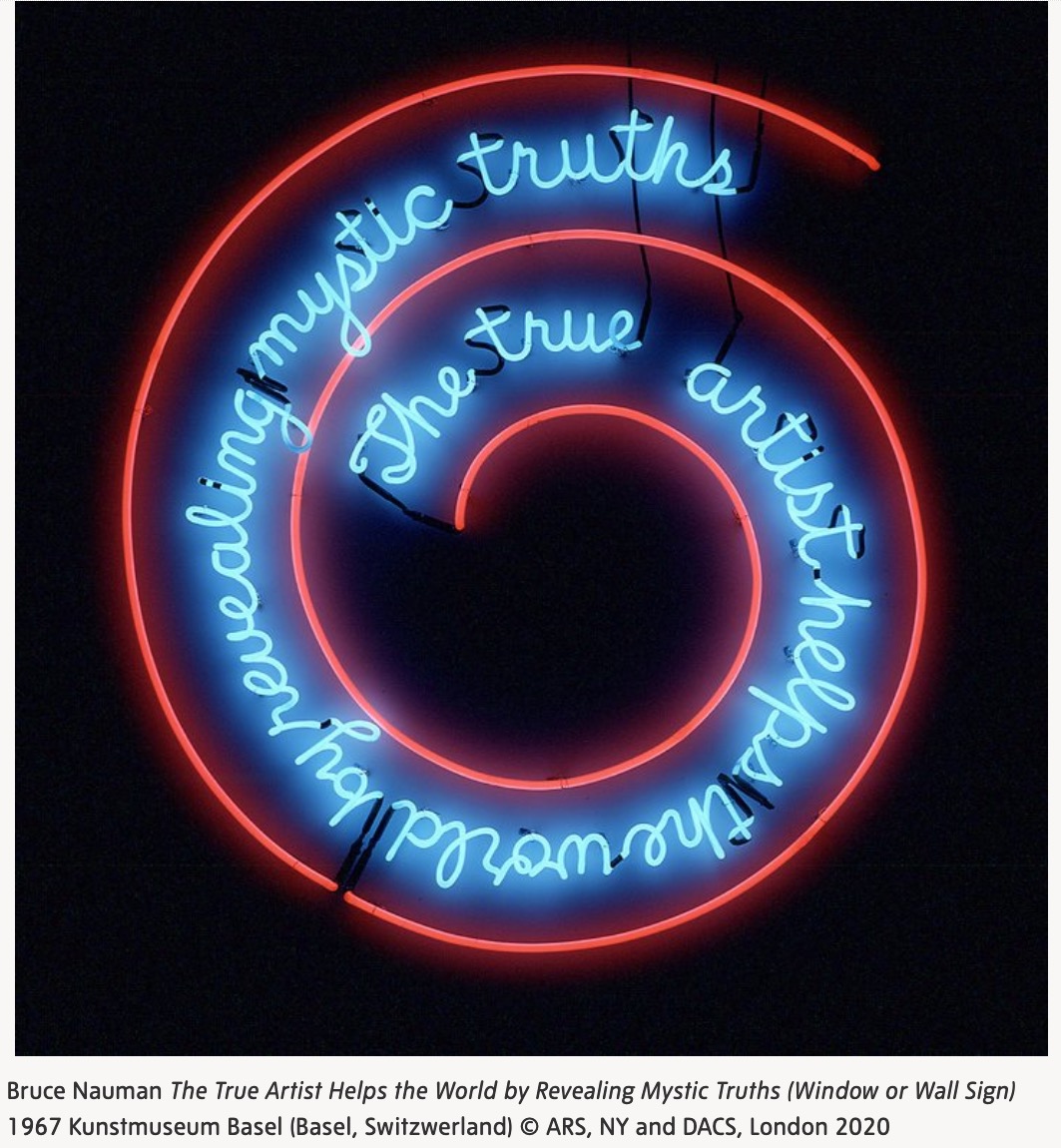 Bruce Nauman is a restlessly inventive artist. Since the late 1960s he has continually tested what an artwork can be, by reshaping old forms and creating new ones. His ground-breaking works using sound, film, video and neon have influenced generations of artists.

This is the first major exhibition of his work in London in more than 20 years. It allows visitors to engage with the artist’s universe through immersive installations with a strong emphasis on sound and moving image, as well as poetic sculptures and neon pieces.

Presented in the Eyal Ofer Galleries