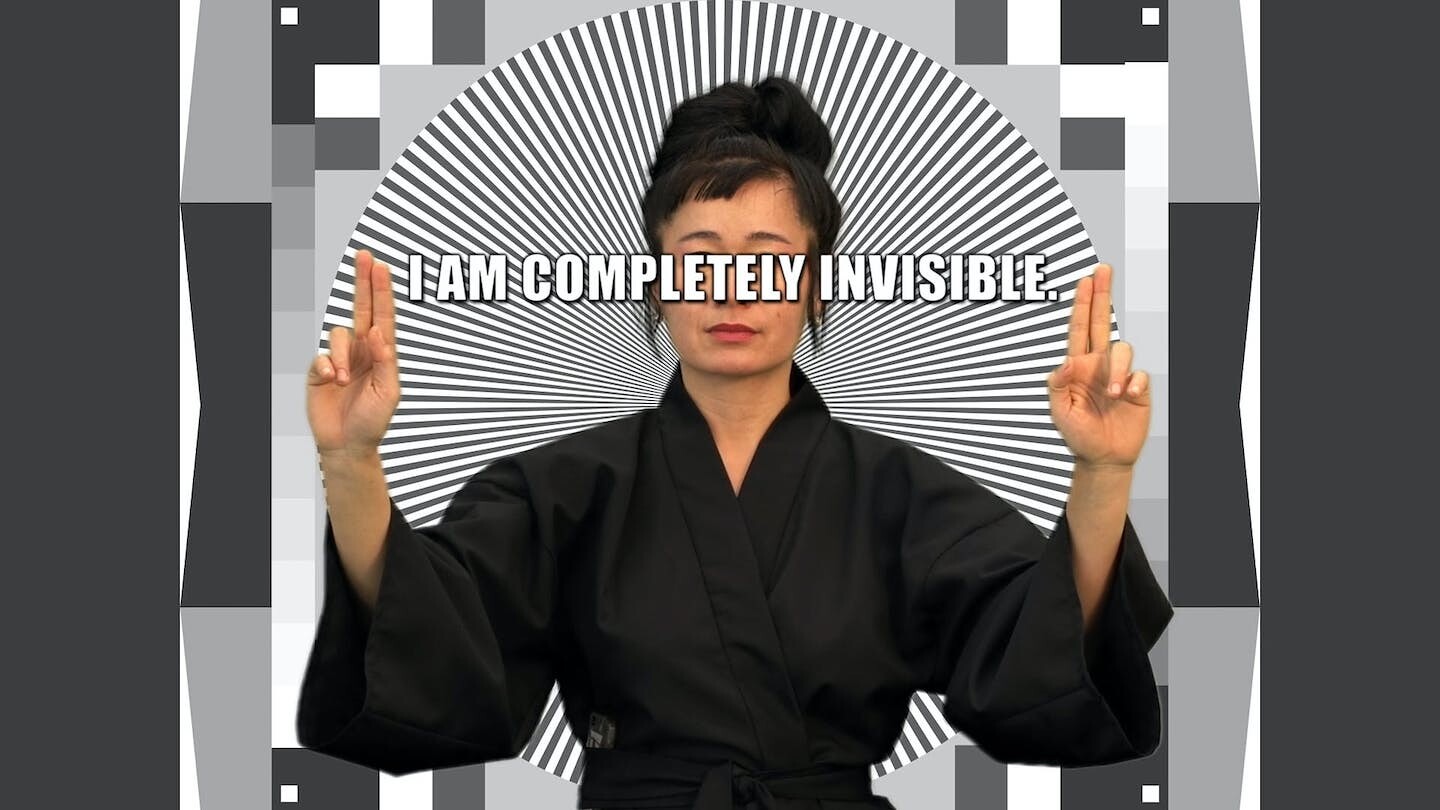 Low Visibility draws from the Walker Art Center’s collections, foregrounding works that explore the power of visibility and invisibility.

Today, visibility—the state of being able to see or be seen—is a matter of global political urgency, catalyzed by developments in military weaponry, increased surveillance, and complex disinformation campaigns. Against this backdrop, the international, multigenerational group of artists in this exhibition has developed strategies to avoid being seen or, conversely, to shed light on things typically hidden or overlooked.

What would it mean to disappear in an era of near total surveillance? How do we protect our privacy online? Or how might we make something visible in an oversaturated image sphere? Can we trust the images that we see? Works on view question the tactics of camouflage in today’s world by reexamining representations of warfare, systems of mass communication, or the signs and symbols of revolution.

Stephanie Syjuco works in photography, sculpture, and installation, moving from handmade and craft-inspired mediums to digital editing and archive excavations. Born in the Philippines, the artist is the recipient of a Guggenheim Fellowship and has exhibited widely, including at the Museum of Modern Art, New York, the Whitney Museum of American Art, and the San Francisco Museum of Modern Art, among others. She is an associate professor at the University of California, Berkeley, and resides in Oakland, California.

Low Visibility is made possible with support from the Martin and Brown Foundation.