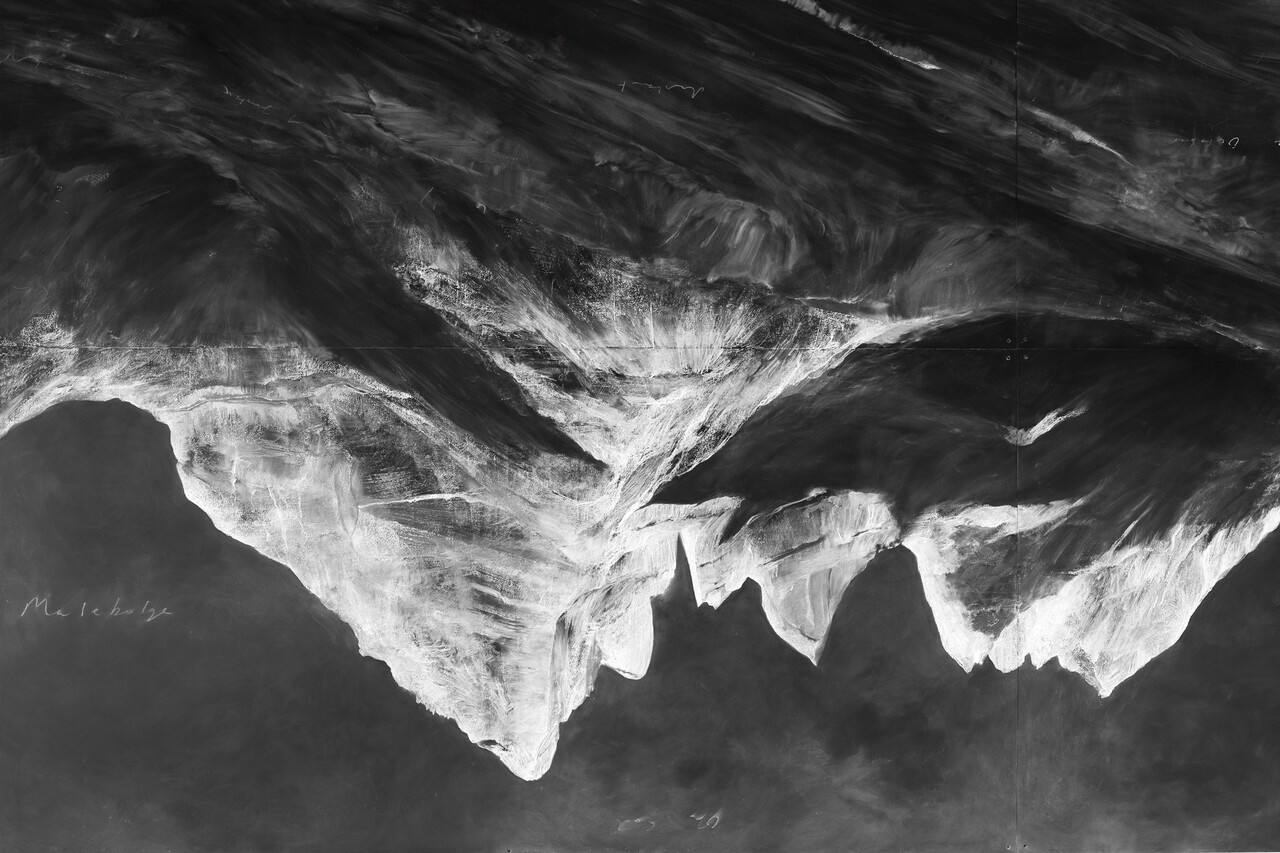 This solo exhibition devoted to the work of acclaimed artist Tacita Dean, which is presented across the two galleries on the upper floor of the museum, is formed around two recent projects: a trilogy of works designed for The Dante Project (2021), a ballet inspired by The Divine Comedy, and One Hundred and Fifty Years of Painting (2021), a 16mm filmed conversation between the artists Luchita Hurtado and Julie Mehretu.

Since the early 1990s, Tacita Dean (b. 1965, Canterbury) has developed a singular body of work using multiple mediums, like film, photography and sound, drawing, printmaking and collage. Encompassing a diverse array of subjects, her work is characterised by a careful observation of time, a keen attention to history and a love of the fine details in life.

The first part of Tacita Dean’s exhibition at Mudam, in the East Gallery, brings together the original artworks she produced for The Dante Project, a ballet inspired by The Divine Comedy by Dante Alighieri (1265, Florence–1321, Ravenna), for which she designed the sets and costumes. For the ballet’s three acts, which respond to the three cantiche that constitute Dante’s poem (Inferno, Purgatorio, and Paradiso), Tacita Dean created a trilogy of works in different mediums (a monumental blackboard drawing, a photographic work, and a 35mm film) that moves from negative to positive, monochrome to colour and from representation to abstraction, plotting Dante’s passage through the underworld. In the gallery and the corridor, additional works associated with The Dante Project complete the ensemble.

In the West Gallery, the second part of the exhibition unfolds around One Hundred and Fifty Years of Painting, which is presented in a pavilion built in the centre of the space. The film is a conversation between Julie Mehretu (1970, Addis Ababa) and Luchita Hurtado (1920, Caracas–2020, Santa Monica), filmed in the latter’s apartment in Santa Monica in the first days of 2020. The two women speak freely about painting and their artistic practices, as well as their lives and personal trajectories. In the pavilion, the film is accompanied by paintings by Luchita Hurtado and Julie Mehretu, bringing the works of the three artists into dialogue for the first time.

Occupying the rest of the gallery, in resonance with the works exhibited in the pavilion, are three collections of works (two series of lithographs and a group of slate drawings) united by one fluctuating motif: the sky of Los Angeles, where the artist is partly based. Meanwhile, the Small West Gallery hosts Buon Fresco (2014), a film that takes as its subject the frescoes by Giotto (1266, Vespignano–1337, Florence) in the Upper Basilica of St Francis of Assisi in Italy.