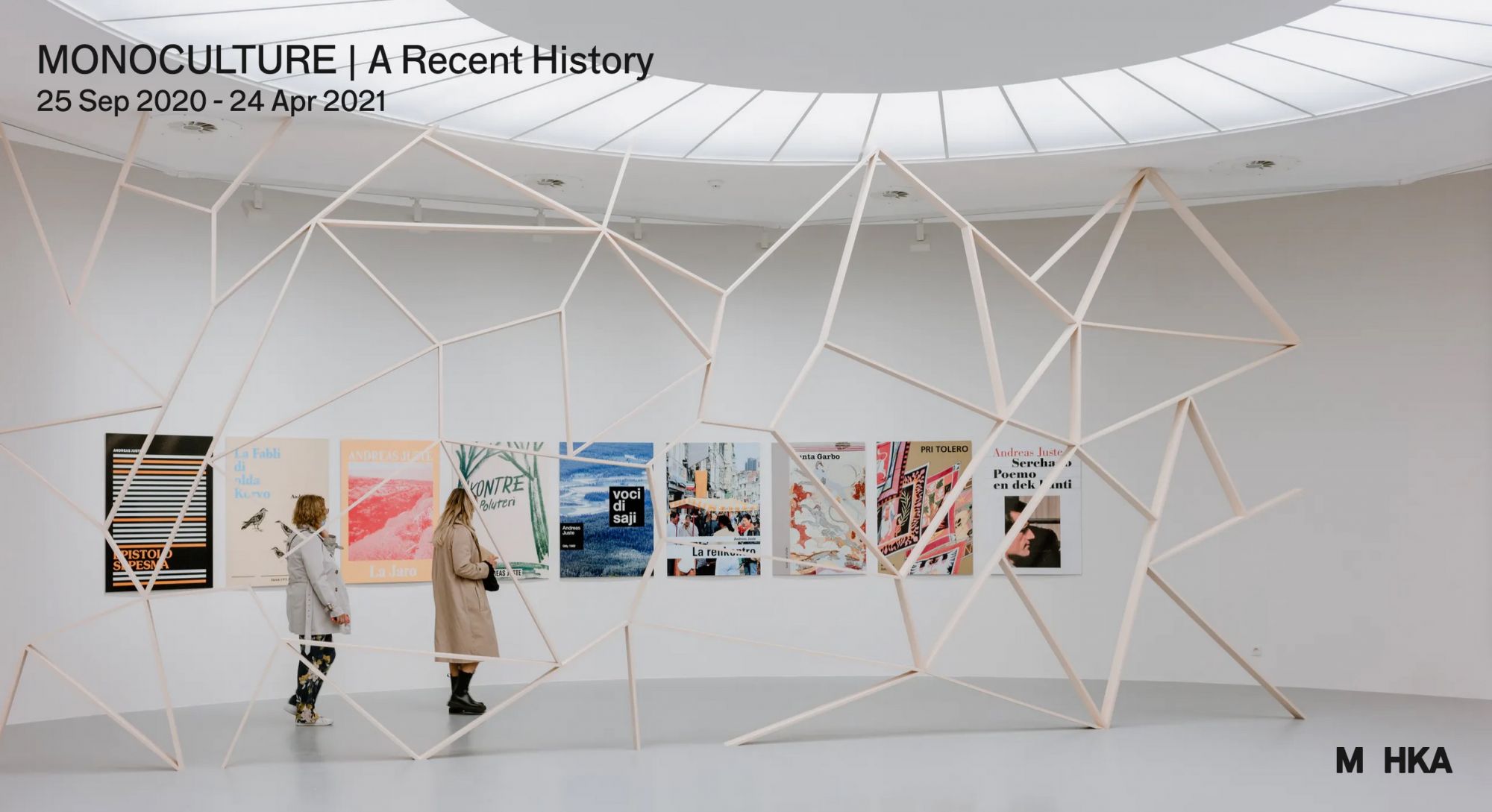 The exhibition MONOCULTURE – A Recent History begins from the principle that any understanding of ‘multiculture’, should necessitate an investigation of ‘monoculture’. The societal understanding of monoculture can be defined as the homogeneous expression of the culture of a single social or ethnic group. The project seeks to approach the notion of monoculture with an open mind. It will thus aim for an analysis of, rather than an antithesis to, monoculture, approaching it not only from historical, social, cultural and ideological perspectives, but also philosophical, linguistic and agricultural ones. MONOCULTURE will provide a tentative mapping, allowing for a comparative analysis of different manifestations of monoculture, as well as their reflections in art and propaganda, seeking to draw some conclusions that might be relevant for society and culture at large.

The project will set out some core questions, including: What might we mean by monoculture? What is the impetus for ‘identitarian’ or nationalistic monoculture movements who do not see, or wish, their society to be pluralistic, not just in the context of Europe but globally? Might we locate positive or even emancipatory aspirations of monoculture? Might a culturally homogeneous society also be inclusive and transformational? What lies at the fringes of monoculture, and what does it not tolerate? What may be the position of the arts within the context of monocultural ideology? Or alternatively, how might the arts look under monocultural ideology when taken to its logical conclusion? Looking at the recent relevant part through to the present day, the project will aim to address such challenging questions, beyond the tendencies and bias of liberal ‘groupthink’, as a way to consider notions of culture in a different way to established lenses such as identity politics or post-modern relativism.

MONOCULTURE will formulate exploratory constellations of art, ideas and propaganda. Alongside various examples of official culture sanctioned by nation states, one of the most striking historical demonstrations of ideological monoculture in the cultural field was through the infamous 1937 ‘Entartete Kunst’ (‘Degenerate Art’) exhibition staged in Nazi Germany. Holding up the modernist avant-garde as an aberration, Nazism sought instead a decidedly unambiguous ethno-centric conception of culture inspired by a Greco-Roman imaginary. Yet monocultural conceptions of culture might also be formed through emancipatory imperatives. Some argue that a post-colonial movement such as Négritude in Senegal for example as having implemented a form of cultural homogeneity. These will be among the many case studies for exploring different trajectories and intersections of monoculture, particularly their articulation in art and ideology, from the early-20th century to the present moment.

MONOCULTURE – A Recent History is part of ‘Our Many Europes’, a project of the confederation ‘L’Internationale’.